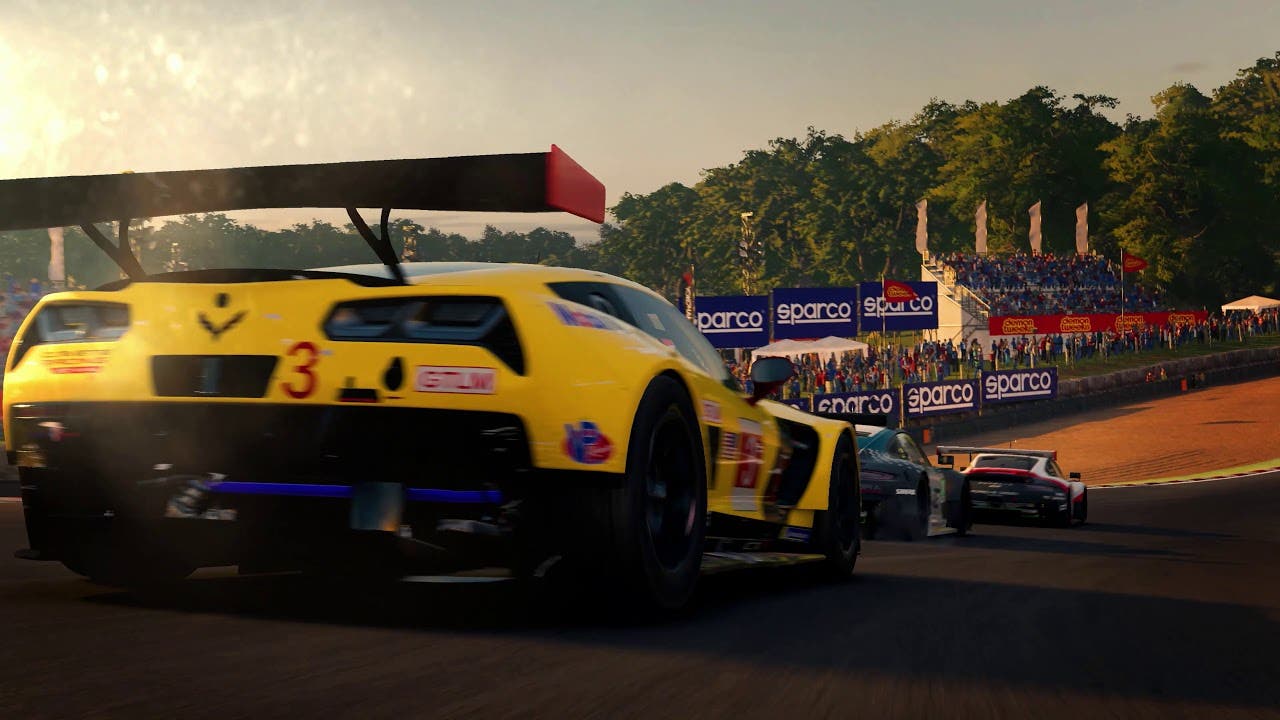 Larkspur, Calif. – July 10, 2019 – Sparks fly, cars spin-out and rivalries are formed in the first GRID gameplay trailer released by Codemasters®. As the lights turn green, cars jostle for the lead in the long-awaited return of the much-loved racing franchise, which comes to PlayStation®4 computer entertainment system and the Xbox One family of devices, including the Xbox One X, on Oct. 11, 2019.

Players who pre-order GRID or GRID: Ultimate Edition will get the Aston Martin Vantage GT4 as bonus content.

The action builds as the chasing pack bears down on the leaders to display some new race locations. From the heat of the Havana streets to the track circuit of Brands Hatch, the Race for Glory trailer showcases the exciting, unpredictable, and dramatic racing experience players will have when they take the wheel this October.The stunning visuals of San Francisco and Zhejiang Circuit insert the player at the heart of the action and give a true sense of speed, as they look for the smallest window of opportunity to take the lead either by conventional means or by slamming their rival into a wall.

The race culminates with the Pontiac Firebird Modified and Chevrolet Camaro SSX Concept going head–to–head on the final corners and long straight of San Francisco. One mistake could be the difference between the sweet taste of victory or the bitter regret of what might have been. Played out to the backdrop of the anthemic ‘The Light’ by Sophie and the Giants, the trailer demonstrates both the risks and the rewards of pushing some of the most iconic racing cars to their absolute limits.

GRID is a racing experience like no other. Taking inspiration from the original franchise, GRID is a fresh take on the genre with new content, new experiences and stories waiting to be written by you, the player. GRID is about unpredictable racing where anything can happen when the lights turn green. It’s a brand-new chapter of the GRID franchise; a game that not only resets expectations, but exceeds them.

“The response to the GRID announcement has been incredible and there is genuine excitement for us to reveal much more of the game,” said Chris Smith, GRID Game Director at Codemasters. “We set out to create an exhilarating racing experience which is like no other and the new trailer gives our fans a glimpse of what to expect. Players will encounter challenging and combative racing from all the AI drivers and this creates a living, breathing world where anything is possible and finishing positions must be earned. Whether it’s competing in the middle of the pack or going wheel-to-wheel for victory, there are no easy wins and our players will both enjoy and marvel at our most competitive GRID to date.”