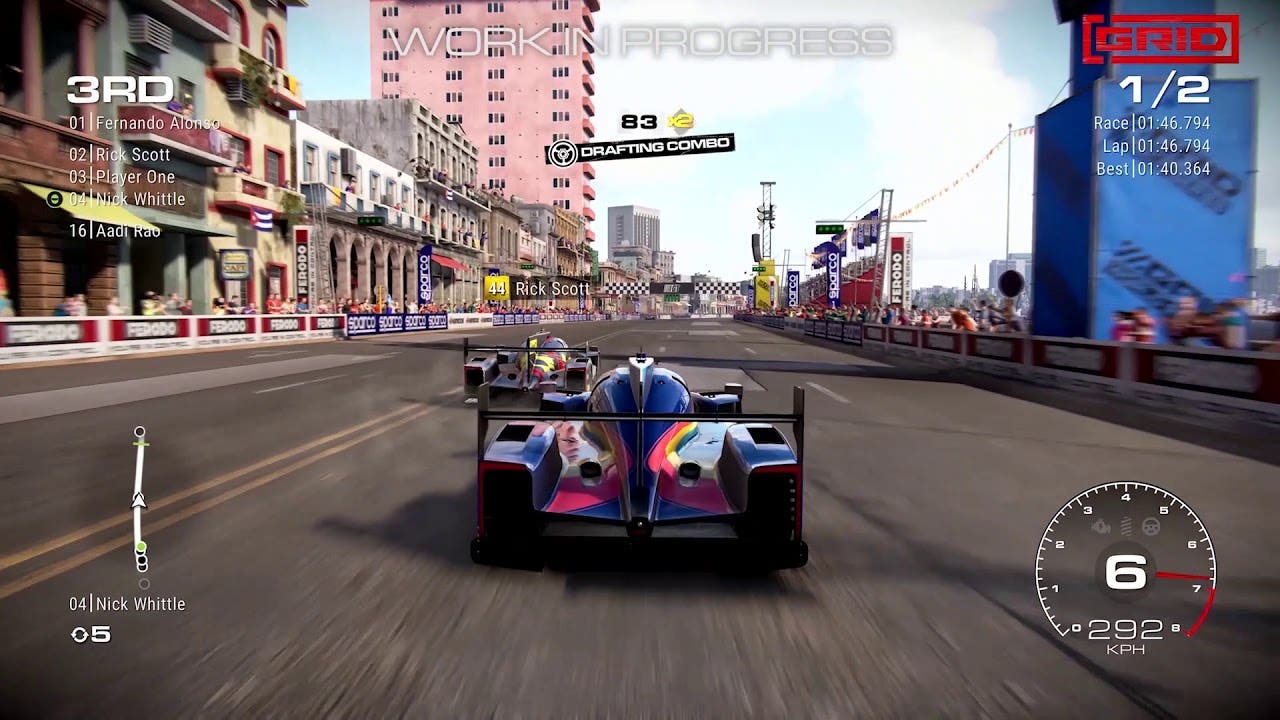 Larkspur, Calif. – July 31, 2019 – Codemasters® has released a new gameplay video for the upcoming, highly anticipated racing game GRID releasing Oct. 11th on PlayStation®4 and the Xbox One family of devices including the Xbox One X.

This latest GRID gameplay footage showcases the brand-new Havana street circuit. As the cars race, they pursue the legendary driver Fernando Alonso across the lanes of this new track.

Game Director Chris Smith and Community Manager Chris Groves take you through the new footage, outlining some of the key features in GRID such as available circuits and the Teammates, Rivals and Nemesis systems. Using the livery of his FA Racing team, the video captures the chase as the Codemasters team hunts down Fernando Alonso, GRID’s Race Consultant, who is also an AI opponent in the game. Get a glimpse of the intense, unpredictable action you’ll experience in every race in GRID.