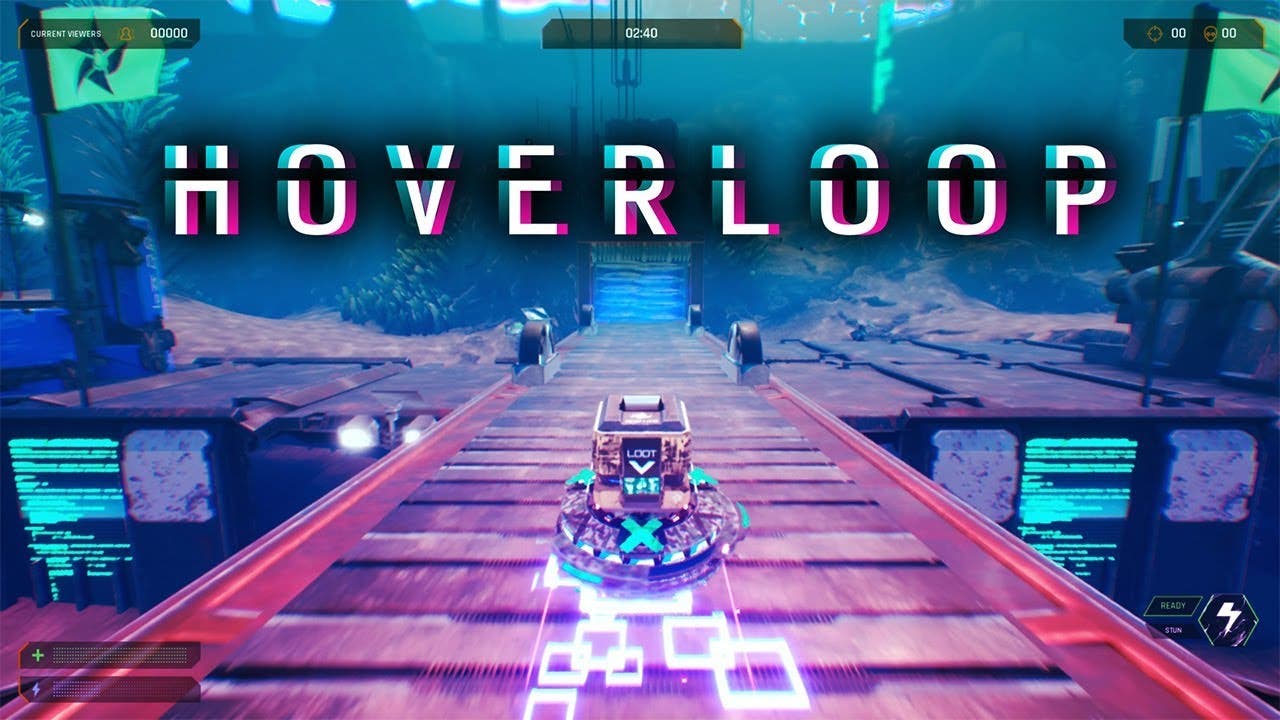 Kortrijk, Belgium, July 18, 2019 — Belgian publisher Cronos Interactive and developer Not A Company have released a new gameplay trailer for their multiplayer drone combat game, Hoverloop. Planned to launch later this year, Hoverloop will introduce the world to a new spectator sport dominated by the pilots of nimble remote-operated drone fighters. The game is currently available on Steam Early Access and will release for both Steam and Xbox One in the fall.

The trailer takes a peek at the variety of decorations, guns, and powers available to the player to trick out their personalized vehicle. In addition to the weapons scattered around the map, players can equip a signature ability like the laser wheel or firebreath that are featured prominently. Additionally, a multitude of hats, hover particles, and emotes let the player strut their stuff in the match and the winner’s circle.

Hoverloop is a multiplayer arena shooter that features customizable hover drones in high-speed combat. Players take their mechanized gladiators into a battle for glory across a multitude of maps and game types including modes like Deathmatch and wave-based PvE matches. Both the drones’ abilities and appearance can be personalized to their owner’s preferences. Powerful abilities like death rays, invulnerable shields and teleportation let you pick your playstyle.

Hoverloop is now available on Steam Early Access and will be releasing on PC and Xbox One in Fall 2019.