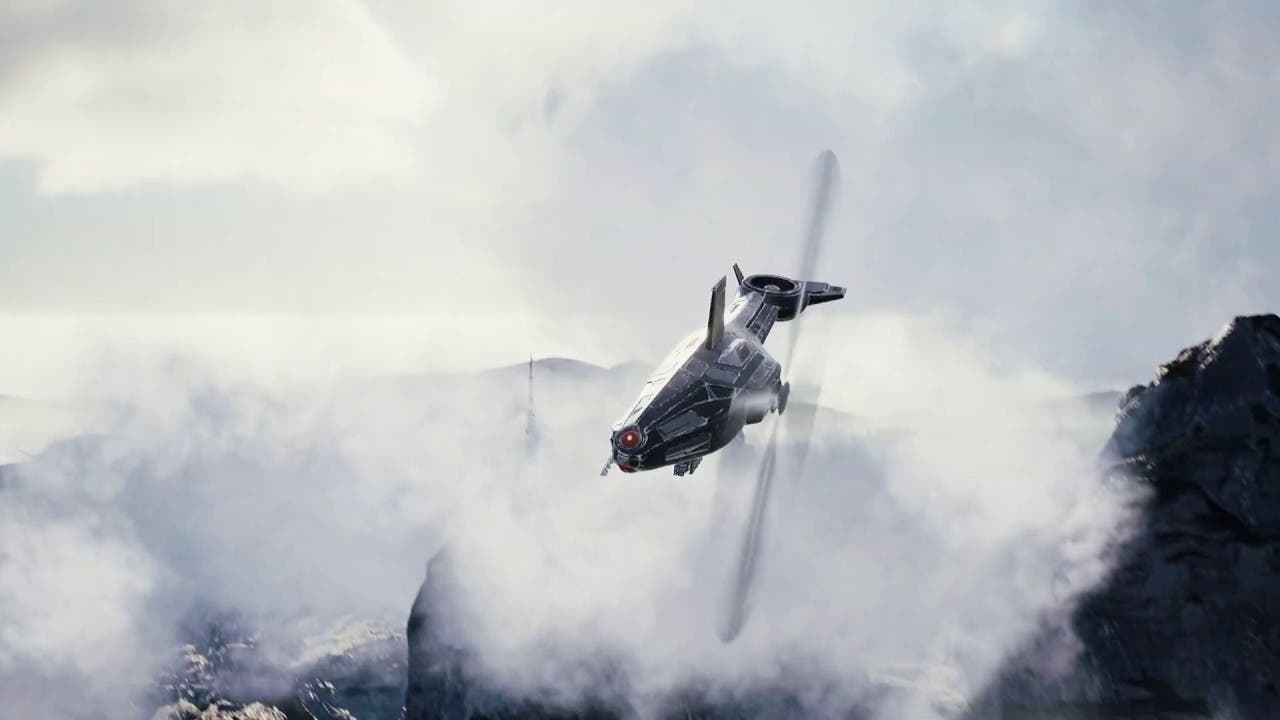 Singleplayer
As requested by the community, Comanche will get a singleplayer campaign. Starting with one mission available from March 12th on, developer Nukklear will add new missions on a regular basis.

Multiplayer
The 4vs4 team-based multiplayer will start with two modes, one called Black Box, the other Infiltration. In Black Box, the goal is to collect more black boxes from destroyed Comanches with your drone. You can collect both enemy and friendly black boxes using the drone, so this mode guarantees intense team fights at close range. Infiltration again combines helicopter combat and drone piloting: your objective is to either defend or infiltrate a base. Attackers must place an EMP, defenders must disarm it.

Flight & Combat Training
In a variety of different missions, you can learn how to fly your Comanche and its drone to familiarise yourself with the flight controls and how to maneuver in combat. As Comanche requires some practice before you become a good pilot, we highly recommend players check out the training missions.

Available Helicopters & Drones
Five Comanches and four drones will be available at the Early Access launch, all coming with specific weapons, abilities and strengths and weaknesses. Each type of Comanche has a certain role to fulfill in the team-based combat and is suitable for a special type of player, so choose your favorite.

What to expect in the next months?
The developer has defined a roadmap for the next months of Early Access but we really want to emphasize, that the community will have a voice in the development process. Here is the roadmap: 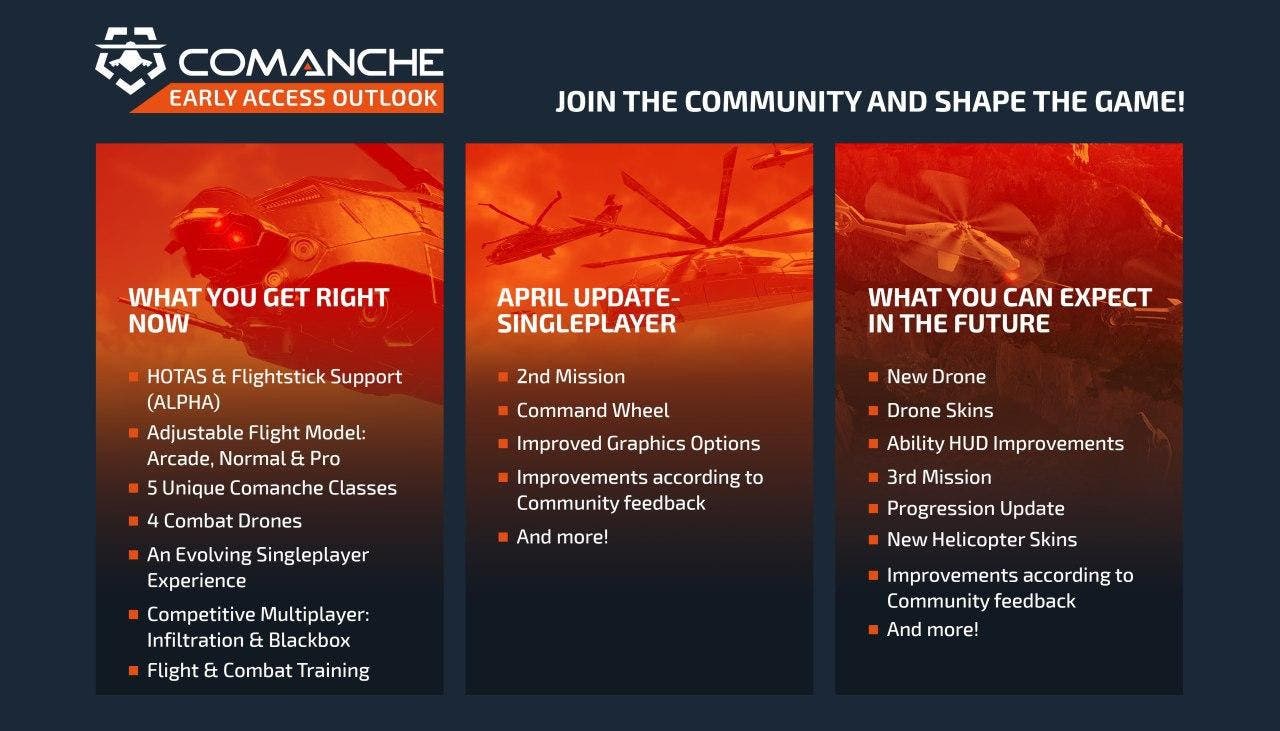