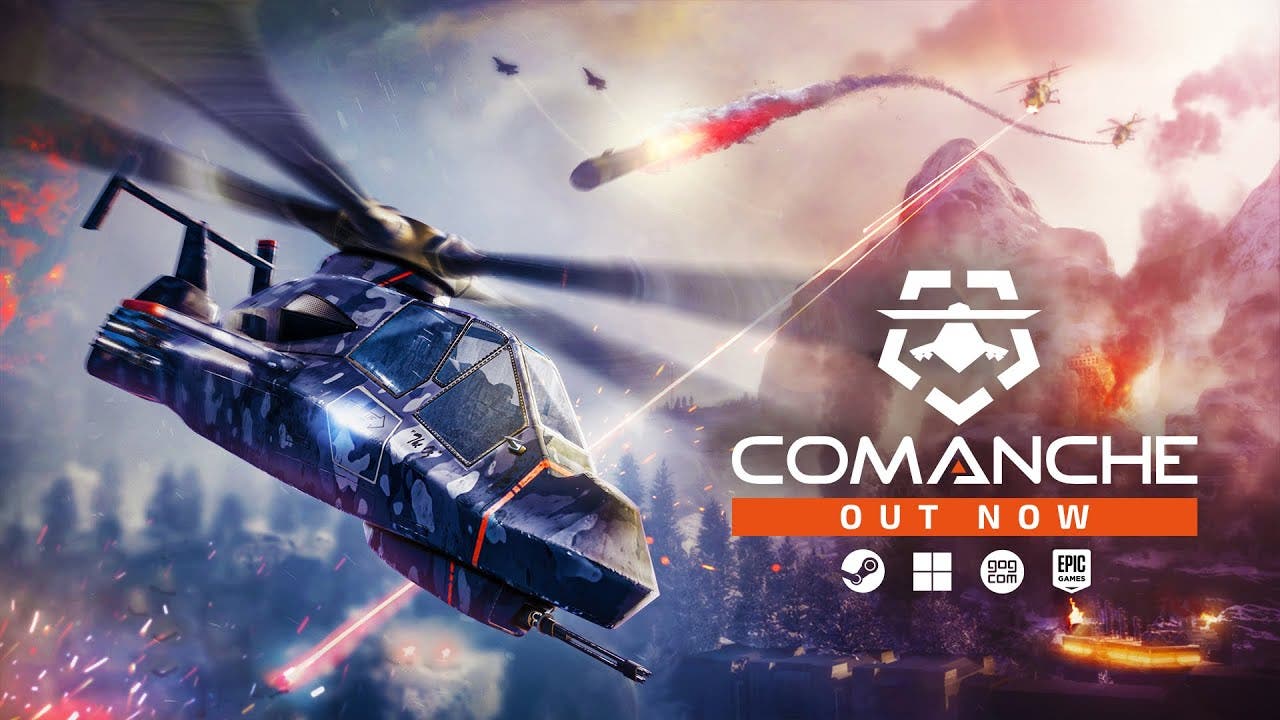 Brno, Czech Republic / Vienna, Austria, August 26th, 2021: Pilots, Comanche gets a full release! Some time has passed since the last Early Access Update, as we were preparing a lot of new content. Seven brand new Conflicts missions await to be conquered and mastered. For the first time, you can pilot different Comanche variants in some of them. Also, beware of two new enemies: Deadly sniper railguns will take you down instantly without any hesitation. ICBM carriers need to be disabled before they launch dangerous payloads causing fatal damage.

Many missions got a new graphical treatment, be it old or new ones. Visual effects were polished to look even better, and lighting setups in missions were adjusted for a better atmosphere. We focused also on the experience outside of the game. The great news is that Comanche is now playable in English, French, German, Spanish, Polish, Czech, Russian, and Chinese. The community can now beat all achievements (on Steam, MSFT, GOG) or collect every trading card (Steam only).

Comanche is in its full strength now. We are very thankful for your feedback during the Early Access period, it is highly appreciated and allowed us to make the game better with every update. There is only one thing that remains to be said: Get to da Choppa!

Comanche is a modern helicopter shooter set in an alternative future. Fight in the evolving single-player campaign, master your skills in Conflicts missions, or compete with other players in the explosive team-based multiplayer modes.