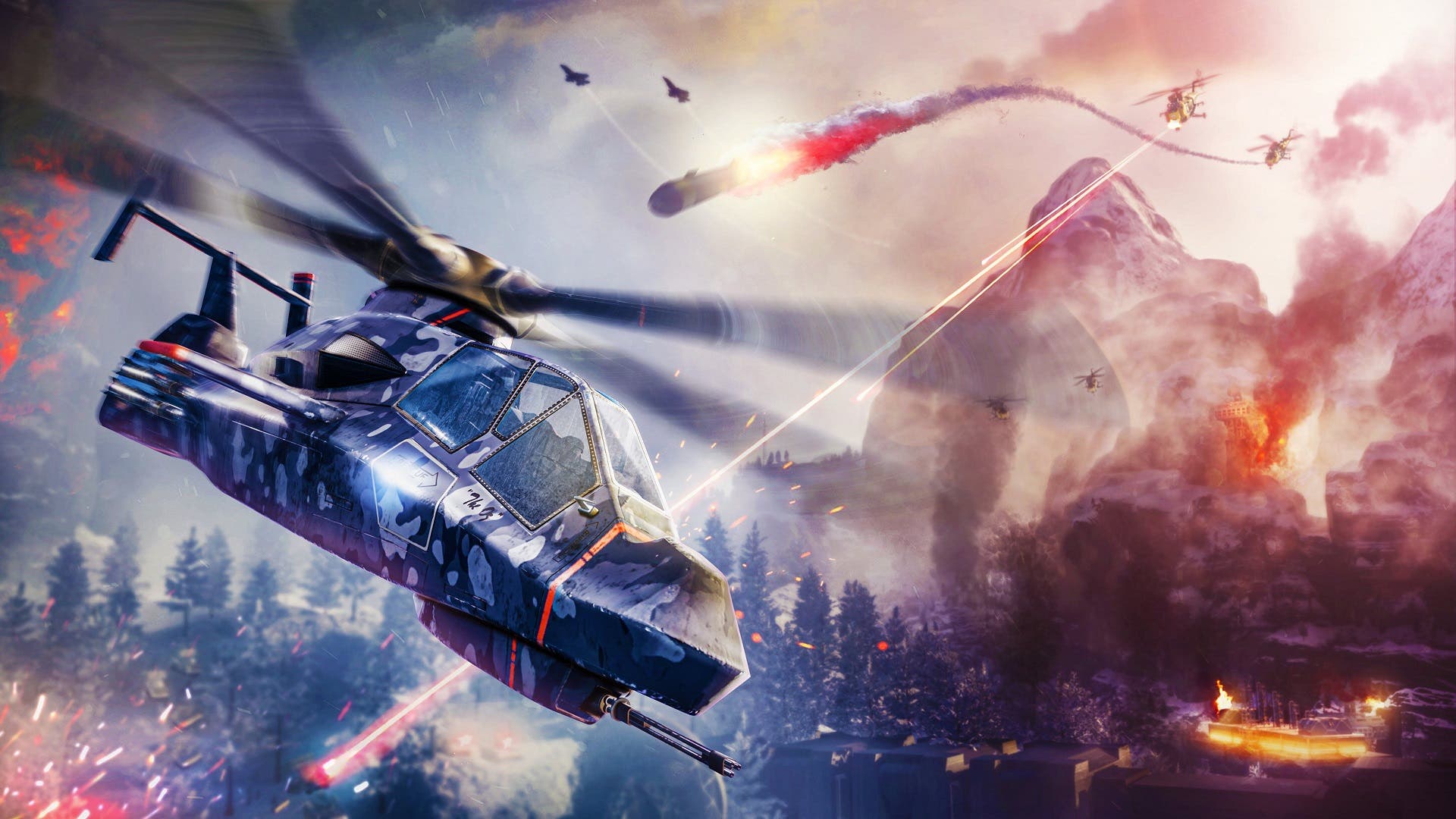 Comanche started off as a multiplayer-only game, and then expanded to include single-player modes during its time in Early Access. Now released in full, the fifth entry in the venerable series is finally here. Almost immediately, it leaves a bad impression. While there’s some glimmers of hope and promise, it is never fulfilled. Comanche, like Aquanox Deep Descent didn’t need to return — at least not like this. There’s very little reason to play Comanche, and is simply not memorable for anything. 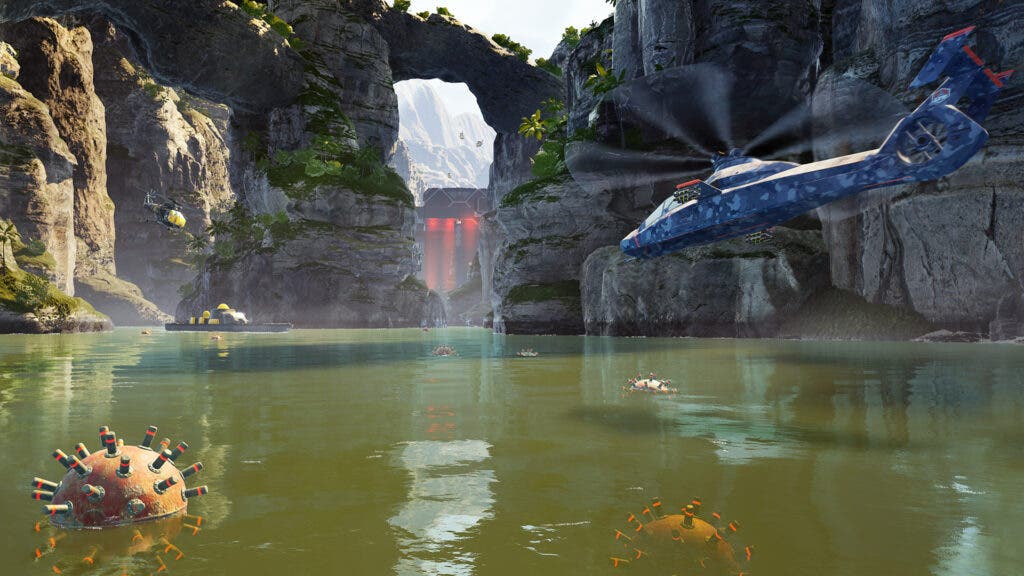 Comanche 4 released back in 2001, and was the last entry until now. Those NovaLogic classics were modern (at the time) military masterpieces that bridged simulation and arcade to appeal to a wider audience. Comanche attempts some of that, but doesn’t quite get there. There are many differences from the get-go: the titular Comanche (based on a real-world helicopter) doesn’t move as fast as the prior games, there’s no points system for what you do in the campaign. What it gets right is the classic crosshair, though that’s not meaningful. I think what hurts the game the most is that it takes place in the near-future, which is at odds for what the series is known for. While I applaud trying something different or otherwise advancing the series, it doesn’t work in its favor.

After the tutorial, it prompts you to choose between arcade or simulation controls – I chose arcade. The controls feel good, a little awkward at first, though you get used to them quickly. At first I thought this game had no cockpit view, and if you switch the controls to simulation, you’ll be placed in it. You can get the cockpit view if you select it from the options menu, but it’s an arduous series of button prompts just to get it. It seems really like an afterthought by comparison. The simulation controls do also feel good. In that regard the game does cater to both kinds of play well.

While it wasn’t originally part of the plan, there’s now a story campaign. With only seven missions, called operations that tell a somewhat cohesive story. Checkpoints bookmark certain events within each. I guess this is replay your favorite moments from each mission. The first two operations took an hour each to complete. This set a precedent, where each mission thereafter was only about thirty minutes. It’s not clear why the missions get shorter, but it feels like the developers gave up in making each mission the same length. One mission was only about gathering information, then leaving. Comanche introduces a drone that can attack and hack the enemy. This is a neat novelty at first, but the appeal is diminished over time as you’ll frequently have to complete the same objectives. The drone is a crutch used throughout the campaign to introduce variety. While it makes the game feel modern, the over-reliance on the drone is a big step in the wrong direction.

The game immediately experiments with different abilities in just the first two missions. You can tell that the game was designed for multiplayer initially. There are some missions will be combat-focused, and you’ll have abilities to help with aiming, shooting missiles, and firing off chaffs. Then you have stealth missions where the cloak ability is helpful. This is a game about using a helicopter to shoot guns and fire rockets, stealth is the last thing you think of. The stealth isn’t bad, it’s just not what you come to the series for. The campaign had one moment of frustration I can’t forgive. In it, your Comanche is outfitted with a railgun and the swimmy arcade controls made it impossible to shoot, let alone hit anything. I was having to switch to the simulation controls, while using mouse and keyboard in order to make the shot. I replayed this final part of the mission over and over again to finally get the killing blow in what was a very short window to accomplish the task. This was the only time the game was ever “hard”, while on Normal. Overall, the campaign missions have awful pacing. The voiceover before, during, and after missions are meant to inject personality, but it’s so dry and cartoony, that you just can’t get invested. Comanche also has a bad habit of sending your helicopter into tight, cavernous areas. It’s far from the open fields of combat of the games prior. 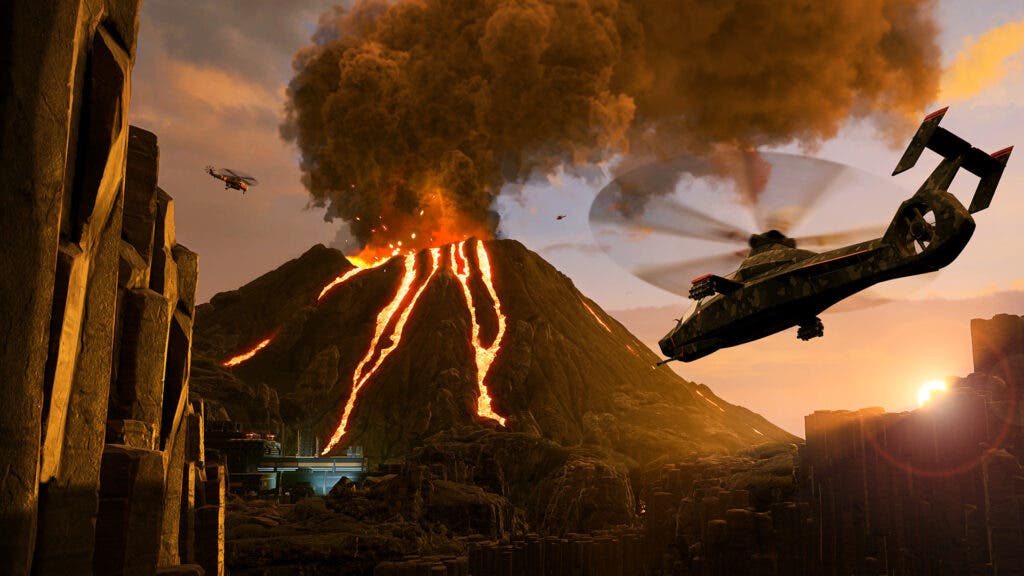 There are other singleplayer modes, but they’re one-note. You’ve got the tutorial which can be replayed, there’s a target range to practice using the weapons and abilities, and pilot training. The pilot training comes in three flavors, allowing you to fly through rings without a timer. It’s laid back approach to learning the controls and improving your skills. Lastly, and the most meaningful mode outside of the story is Conflicts. Across eleven standalone missions, these are essentially challenges to achieve a particular objective without dying. If you walk away from the campaign thinking it didn’t offer a challenge, then Conflicts does have the difficulty you’re looking for.

I wish I could tell you about the multiplayer, but I just can’t. I tried to play it. I waited, and waited, and waited. And no one came to play. I checked SteamDB and there was always less than ten people playing. It’s enough players, but definitely not enough to be considered a healthy community. To play online would require a dedicated group of friends, and good timing. This game left Early Access on August 26th, and there’s no one playing it. For a game developed solely for multiplayer at first, people being nonexistent makes it a harder sell. 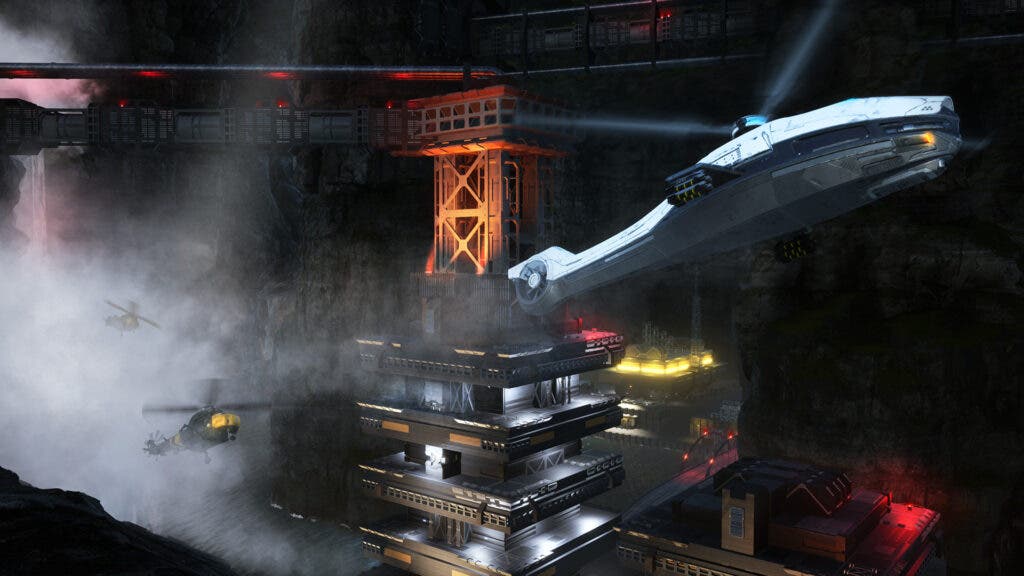 Running on Unreal Engine 4, the game performs well and looks absolutely gorgeous. I was able to get 165fps no problem, everything maxed. Though, some of its locales like the jungle, desert, mountains, and tropics are just as generic as the names I just listed off. The interiors of the bases you infiltrate look great, but samey. It’s a pretty gorgeous game, but as a whole the game has no identity or personality to call its own.

Comanche fails to live up to the pedigree of its predecessors in just about every way. Not a barn burner of a release by any stretch. Though it manages to try new and exciting things with a modicum of success, it’s not enough. Half the game is inaccessible due to the multiplayer being dead on arrival, and you’re likely never to see it unless you coordinate. It has a short and unsatisfying campaign, but it does have a solid challenge mode that’ll really test you. This is a budget priced game, and there’s fun to be had, but you’d be better off spending your time elsewhere than with Comanche.