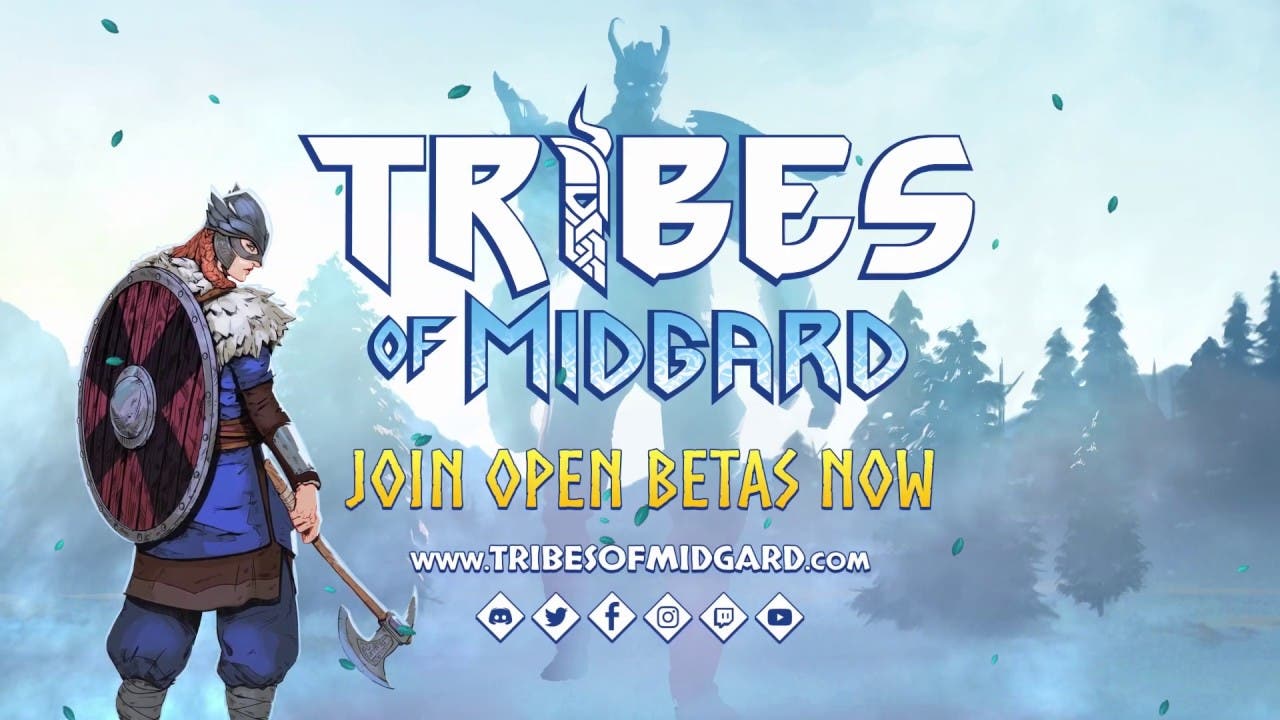 Tribes of Midgard set to release on PC and consoles in 2020, with a Steam Open Beta starting July 26th

MONTREAL — JULY 23, 2019 — Tribes of Midgard, the cooperative survival game from Norsfell where up to 10 players fiercely fight Giants during Ragnarök, comes to Steam and consoles in 2020. PC Gamers can play it this week in the game’s first open beta beginning July 26 on Steam.

The Asgardian Gods and the Giants of Jotunheim battle endlessly. Fed up with the constant trickery and deception of the Gods, the Giants have decided to invade Asgard. Much to the dismay of the Vikings of Midgard, the Giants must pass through their realm and regard humanity’s impending destruction as a necessary casualty of war. Ragnarök, the death and rebirth of the nine realms, has begun. Yet not all is lost, for the resolute Viking warriors will defend the seeds of the world tree Yggdrasil that binds all realms and protect the Gods.

Customize your character, form a tribe and explore procedurally-generated worlds full of fabled resources and creatures. Defend your village at night from the legions of Hel, and prepare for the Giants’ mighty arrival. Grow ever-stronger by surviving each day, feeding enemy souls to Yggdrasil, and crafting new equipment with the help of the townsfolk. Hack-and-slash combat makes each battle a gripping affair, and weapon-based special moves provide an incentive to search for the rarest materials, whether they come from dangerous faraway lands or the corpses of Giants.

Explore Viking mythology through beautifully hand-painted cel-shaded artwork. Orchestral music solely using instruments from the Viking era sets an ominous tone for the coming apocalypse. Ragnarök is inevitable, but fight fiercely and die a glorious death to ensure the tribe’s brave souls arrive at the gates of Valhalla. Should the seed of Yggdrasil be destroyed, the world collapses and the game is over. Come back stronger and fight for the realm.

Tribes of Midgard’s first open beta will be playable on Steam and begins July 26 at 3:00 PM ET and runs until July 28, 11:59 PM ET. Norsfell’s living, breathing world will provide seasons that offer new Giants, player customization options including a persistent leveling system and skill tree, and other features along the way with the help of their amazing community.

“There’s a beauty to the concept of Ragnarök, and we wanted to create a game where players could experience this deadly battle from a human perspective,” said Julian Maroda, CEO and Creative Director for Norsfell. “Tribes of Midgard highlights the tenacity of humans in the face of guaranteed doom.”