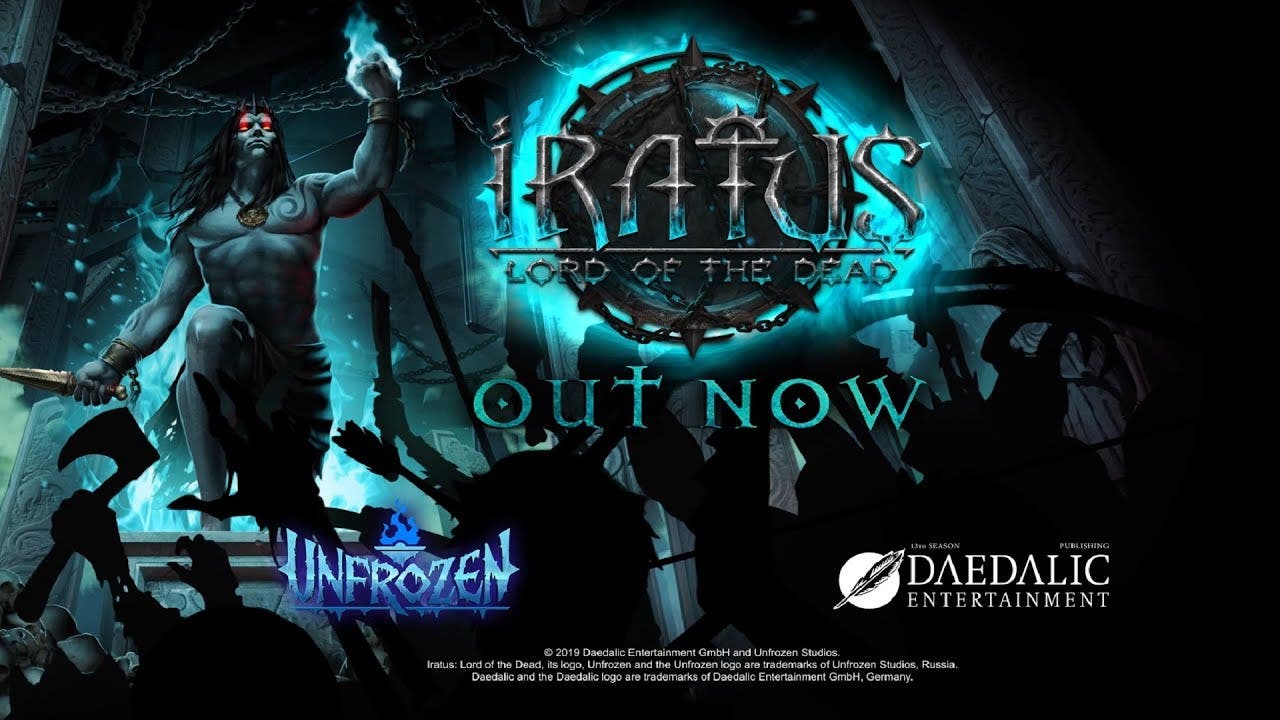 Iratus: Lord of the Dead raises the dead on Steam Early Access today

HAMBURG, Germany — July 24, 2019 — Daedalic Entertainment and indie developer Unfrozen have unleashed the devilishly evil roguelike RPG Iratus: Lord of the Dead on Windows PC via Steam Early Access. Flipping the script on classic fantasy RPGs, Iratus: Lord of the Dead makes you a newly resurrected necromancer on a bloody quest for vengeance against the fools who imprisoned you.

Wield an array of occult powers to make your enemies recoil in fear, using the blood, guts, bones and souls of the fallen to create monstrous pawns for your own personal army. With four different skill trees to master (Alchemy, Magic, Ire and Destruction) and nearly 100 different minion skills to unlock, you’ll have plenty of choices to defeat your foes in turn-based combat.

Iratus: Lord of the Dead is a delightfully difficult roguelike that challenges your strategic prowess on all fronts, with permadeath affecting not only minions but enemies, as well. Body parts and essence are finite resources in the game’s sprawling dungeon overworld, so you’ll need to think carefully about what you conjure and how it’ll help you exact revenge.