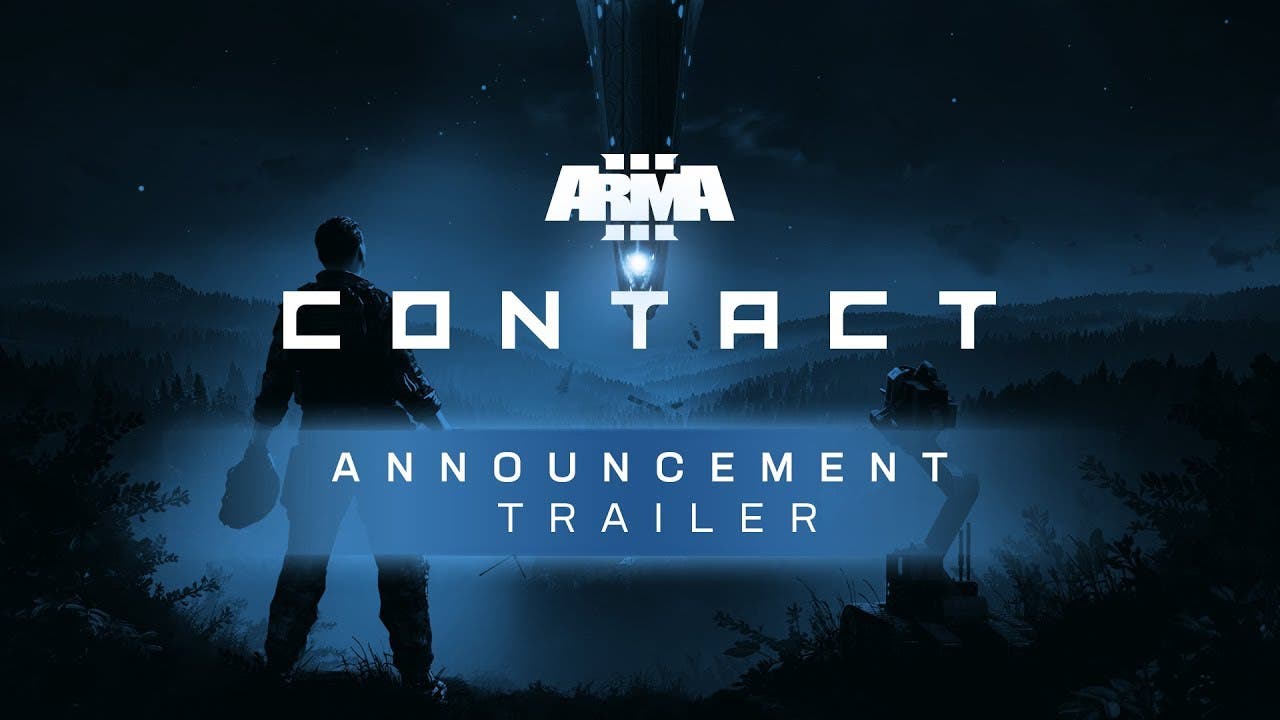 Declassified just a few weeks ago (watch announcement trailer), Arma 3 Contact delivers a military science fiction singleplayer campaign, in which you play as a NATO drone operator deployed to the (fictional) Eastern European country of Livonia. After the discovery of an unknown subsurface object and the sudden arrival of a massive alien vessel, you are sent out on a reconnaissance mission to investigate the extraterrestrial presence. The priority: to learn who they are and find out why they are here. However, amid all the tension and chaos, armed conflict inevitably unfolds.

Over the course of the “First Contact” campaign, players are expected to run into infantry combat encounters, but a significant portion of the campaign also features non-shooting gameplay. This involves studying strange alien anomalies by operating a mini UGV with an onboard sampling laser and biopsy probe, as well as taking control over the electromagnetic spectrum with the Spectrum Device. This tool serves as the player’s weapon of choice when it comes to electronic warfare, and can be used for gathering intel, jamming, and transmitting misinformation.

On top of the singleplayer campaign, the Arma 3 Contact expansion brings with it many additions to the wider Arma 3 platform (watch sandbox trailer). The biggest of all is a new 163 square kilometer terrain, which covers the militarized and partly abandoned Nadbór region inside the Polish-speaking country of Livonia. This temperate summer environment is composed of forests, farmland, towns, railroads, the Biela river, and various special landmarks such as an old munitions factory, an abandoned radar station, and several World War II bunkers.

Other highlights are the additional armed forces, namely the Livonian Defense Force and Russian Spetsnaz, five weapons, two vehicles, various gear, and a range of free bonus content for all Arma 3 players, including more than one hundred new decorative props and terrain objects for content creators to use in their projects. Furthermore, many of Arma 3’s official multiplayer modes can be played on the expansion’s Livonia terrain as well with new scenarios for Zeus Game Master, Combat Patrol, and Warlords.

“Looking back at Contact’s concept phase, I’m very proud of how we managed to convert the many ideas into the original experience we’re releasing today. It tackles the ‘first contact’ premise in a way not yet seen in other games, while also showcasing the diversity of the Arma 3 platform,” said Arma 3 Contact Project Lead, Joris-Jan van ‘t Land. “Beyond the campaign experience, we’re also glad to be expanding the traditional Arma 3 sandbox with loads of cool content. I’m confident our community will be able to put this expansion to good use, and we hope everyone will have a lot of fun playing. The truth is out there!”

The Arma 3 Contact expansion is distributed as DLC for Arma 3 on Steam and is available for purchase on Steam and the Bohemia Store for 24.99 EUR / 27.99 USD / 21.99 GBP (with a temporary 10% discount until August 1). Those who are entirely new to Arma 3 are advised to pick up the Arma 3 Contact Edition or the newly introduced Arma 3 Ultimate Edition, which bundle the Arma 3 base game and downloadable content at a significant discount.