Failbetter adds a train horn for sky trains to honk because they should in Sunless Skies, details upcoming Hoarder Update coming in September

Sunless Skies is getting an update at 1600 BST today, Tuesday the 30th of July, which will include a horn for player locomotives (please note that this news is embargoed until then).

This has, bafflingly, been the second most requested feature since launch, and the number one source of creative gifts and submissions, including a chocolate train, an actual whistle, and a slideshow: 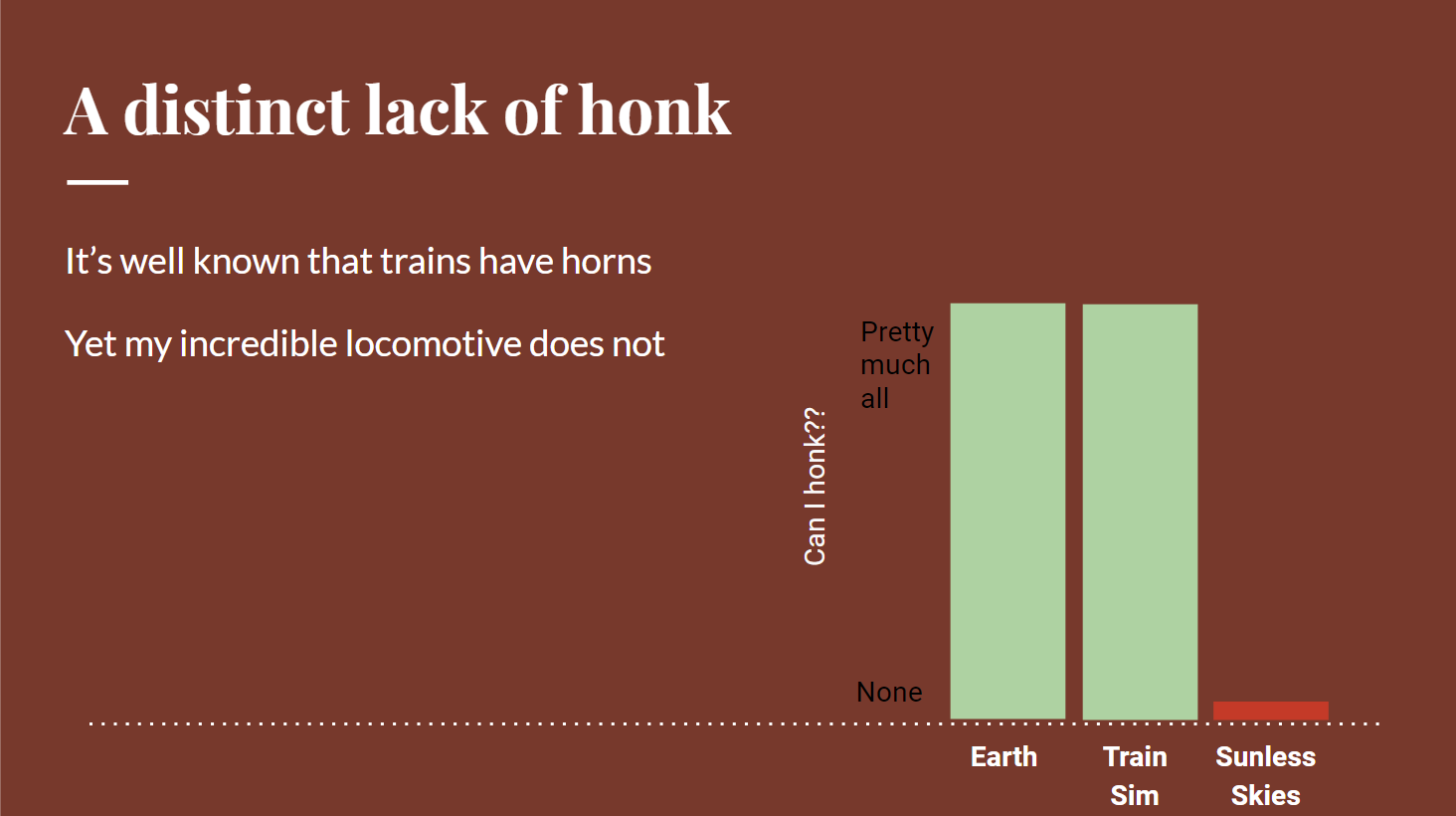 You can now toot merrily away by pressing X.

This is alongside further updates and fixes. Several creatures and locomotives have gained new attacks, improved AI, or visual updates, and there’s now more variety for encounters in Eleutheria, bringing it up to the standards of the game’s other regions. 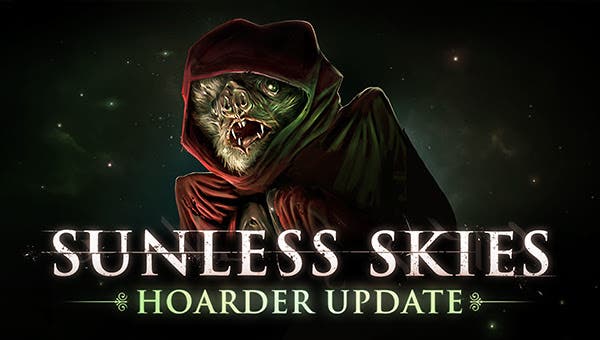 The next Sunless Skies update will be called Hoarder. All being well, it will arrive in September, and will feature: