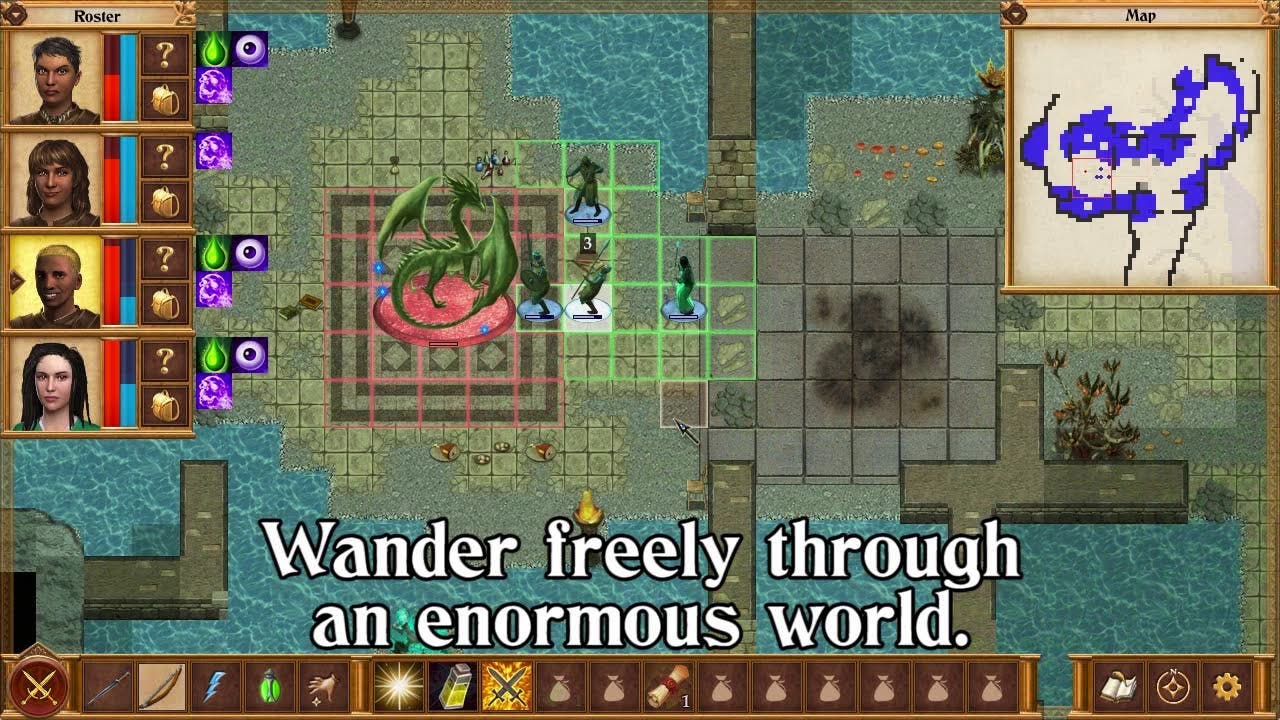 Queen’s Wish: The Conqueror announced from Spiderweb Software, coming to PC and iOS next month

August 8th, 2019 – Spiderweb Software, Inc., makers of fine indie adventures for 25 years, announces the release date for Queen’s Wish: The Conqueror, our all-new fantasy role-playing epic for Windows, Mac, and iOS. The Windows and Macintosh versions will be available on Steam, GOG.com, itch.io, and other PC storefronts on September 11, 2019. Queen’s Wish: The Conqueror had a successful Kickstarter, and our backers will receive their game on schedule.

You are royalty of the mighty empire of Haven! Your mother the Queen rules, while you enjoy a life of sheltered luxury. Then, one morning, you wake up to find yourself banished to your Empire’s lost colony. You mother has declared your childhood at an end. Your mission? Prove yourself by reconquering Haven’s rebellious vassals, or don’t bother to come home.

At last, you have been given wealth, magic, soldiers. The Queen thinks you will submit and join the family business. Now that you have freedom and power, you might have other ideas …

Explore an enormous outdoors and a multitude of towns and dungeons. Fight clever, carefully designed turn-based battles. Meet three different fierce nations and deal with them with bribery, diplomacy, or (if you choose) violence. Build new forts and customize them, choosing among upgrades that give your adventurers powerful bonuses.

To win the Queen’s favor, you must rebuild your lost colony. Will you be a diplomat or a warrior of Empire? Obedient or rebellious child? It will be up to you. But beware … Whatever path you try to take, the temptations to turn away from it will be cunning and constant.

The Windows and Mac edition of Queen’s Wish: The Conqueror is planned for launch on September 11th, 2019 on Steam and other PC storefronts. The iOS version will release on Apple’s App Store shortly after.