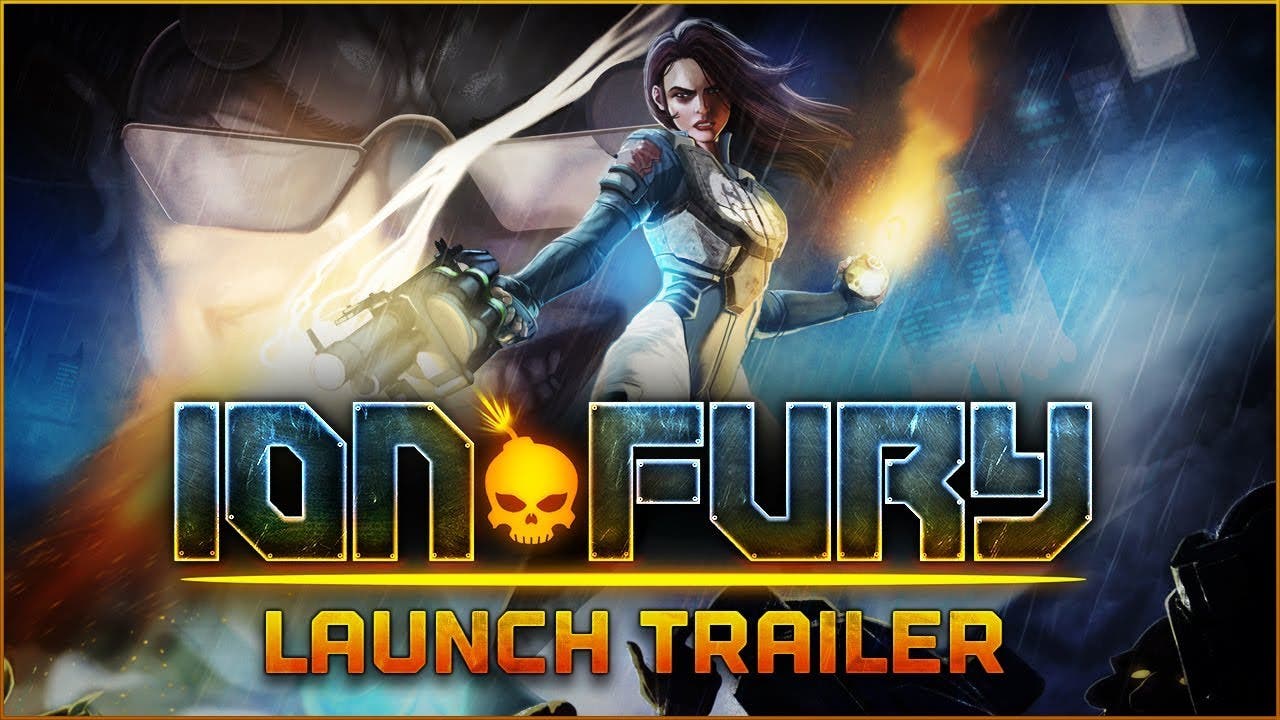 Ion Fury releases in full today, signals the return of 3D Realms with the first Build-engine game in 20 years

Despite permanent martial law, the crime-riddled Neo D.C. is under attack: Dr. Jadus Heskel and his army of cyborg cultists leave destruction in their wake. Corporal Shelly “Bombshell” Harrison, leader of the Global Defense Force, stops to get sloshed at a nightclub when an explosion interrupts her mid-drink. Equal parts furious and foul-mouthed, Shelly sets out to take Heskel down.

Sprint through a cyberpunk city full of Heskel’s horrific creations and eradicate everyone and everything in Shelly’s way. Wield her ever-faithful 18-round triple-barreled revolver, Loverboy, and duck and weave through the streets. Paint the city red with dual fire-spitting Penetrator submachine guns, perform fancy trick shots with Bowling Bombs, wreak havoc with the all-powerful Ion Bow, or level the block with Clusterpucks.

Each open level hides secrets galore, so in between reducing foes to gibs n’ gore, search for ammo, deadly new armaments and extra armor to make the next fight just a little bit easier. Labyrinthine levels encourage exploration so keep an open eye while searching for that next keycard, and enjoy glorious pixelated goodness.

Built to be a retro shooter instead of simply emulating what made them great, Ion Fury is fueled by the same Build engine that powered classics including Duke Nukem 3D, Bloodand Shadow Warrior. Ion Fury delivers fast-paced action fused with modern touches such as headshots, auto-saves, modern physics, and widescreen support. Instagibbed cyber-cultists have never looked so satisfyingly…splashy.

In addition to the campaign, Ion Fury comes with Mapster32, an updated and modernized version of the integrated level editor offered with Duke Nukem 3D back in the day. Forge anything ranging from kill-rooms with unlimited ammo to twisting hallways filled with secrets. Have a favorite map from the Duke and Shadow Warrior days? Load it right up inIon Fury and enjoy the modern additions introduced by Voidpoint. Post levels directly on Steam Workshop so everyone can enjoy them.

“For the first time in over 20 years, 3D Realms is back at its roots, doing what we’re doing best. Our community has been so patient and excited for Ion Fury,” said Frederik Schreiber, VP at 3D Realms. “We are so pleased to bring Ion Fury to our fans so they can experience a fresh take on classic ‘90s destruction for themselves.”

Ion Fury is available on Steam, GOG and the 3D Realms Store in English for $24.99. Join 3D Realms for a digital launch party on Discord at noon (PST).