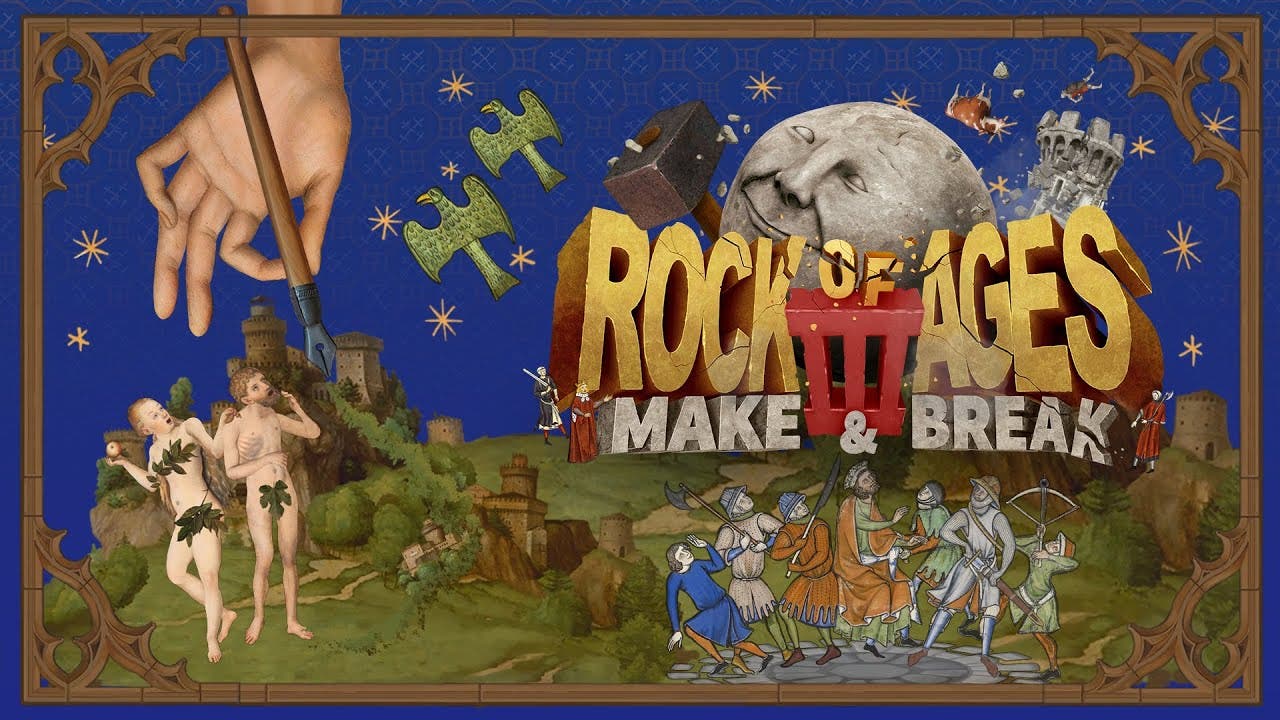 Rock of Ages 3: Make & Break announced for release in 2020, will let you make your own levels and smash everyone else’s

Walnut Creek, Calif. – August 15, 2019 – Independent game publisher Modus Games in conjunction with with developers ACE Team and Giant Monkey Robot announced today that Rock of Ages 3: Make & Break is rolling its hilarious style of destruction onto PlayStation® 4, Nintendo Switch, PC and Xbox One in early 2020. The game will be available to view at Gamescom next week by appointment only in the business area, Hall 2.2 Booth D 60-61.

A brilliant blend of tower defense strategy and bursts of arcade action, Rock of Ages 3: Make & Break sees opponents rolling massive boulders toward each other’s castles while building defenses to protect their own. For the first time in the smash hit series, commanders can now design their own stages through an intuitive in-game level editor and share them with the community. With nearly limitless possibilities for original works along with local head-to-head and online four-player multiplayer support, Rock of Ages 3: Make & Break provides an avalanche of fun for creators and players alike.

Rock of Ages 3: Make & Break is infused with a Monty Python-esque style of humor, making for unpredictable and hilarious moments. The game’s story mode plows through inventive reinterpretations of history with cameos from key figures like Caesar and Moctezuma, but don’t be too surprised when larger-than-life presences like Krampus or the Flying Spaghetti Monster show up as well.

Rock of Ages 3: Make & Break switches its chaotic mix of fun up with over 20 selectable stones to roll across six game modes; whether its focusing on defense in the against-all-odds rush of Boulder Avalanche or honing gracefulness in the unforgiving Humpty-Dumpty Mode, there’s a mountain of content awaiting players.

For the latest on Rock of Ages 3: Make & Break, tumble onto the game’s official site (www.RockOfAges3.com), follow Modus Games on Twitter (@modus_games) and Discord (modus.games/discord), and add the game to your Steam wishlist (https://store.steampowered.com/app/1101360/).