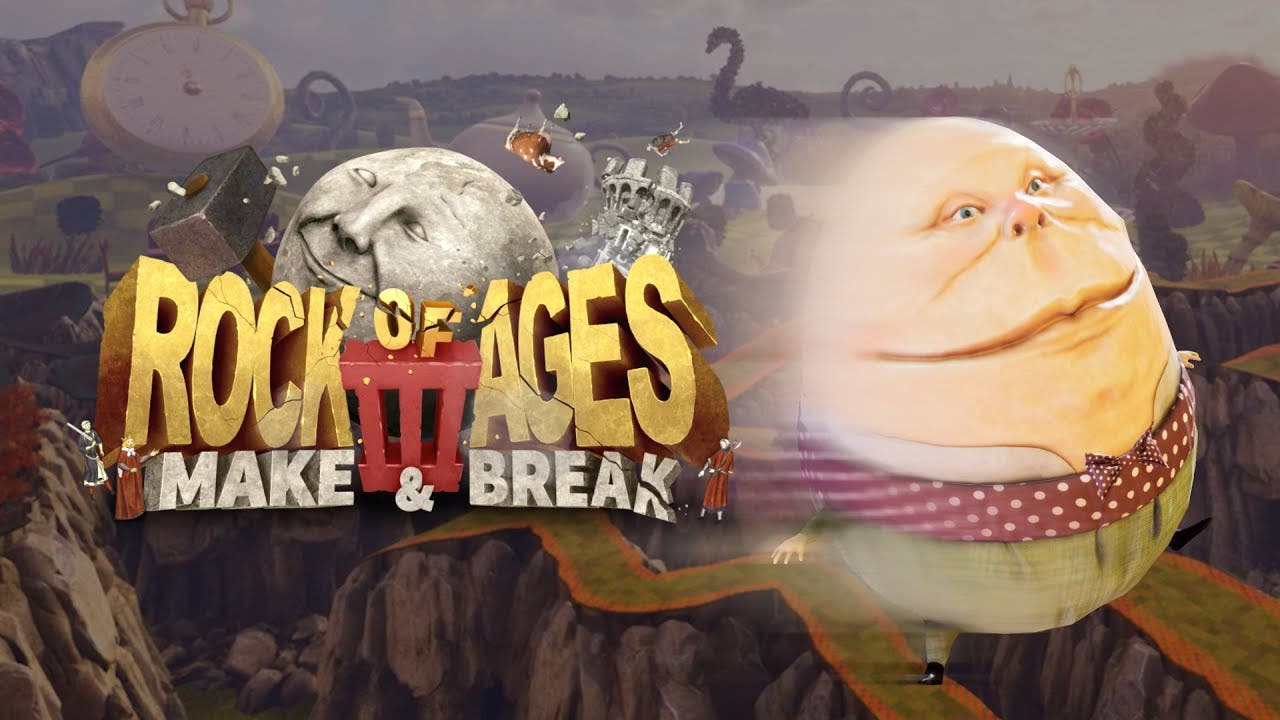 Walnut Creek, Calif. (April 28, 2020) – Publishing label Modus Games, together with developers ACE Team and Giant Monkey Robot, have released an eggcellent Rock of Ages 3: Make & Break trailer following its debut in Google’s Stadia Connect showcase. The new video has rolled out ahead of the game’s June 2 release on Stadia as well as Nintendo Switch, PlayStation 4, Xbox One and PC.

The footage demonstrates the surprising bravado of the infamous Humpty Dumpty, Rock of Ages 3: Make & Break’s boldest (and most endangered) tool of destruction. Although undeniably dapper, this oblong conqueror faces unique challenges in his mission to crack the ramparts laid out before him. View Humpty Dumpty’s equally impressive and short-lived campaign on the battlefield in the full video here: https://youtu.be/lJh-M-ewDkY

Rock of Ages 3: Make & Break is a fascinating blend of tower defense and strategy with arcade-paced rounds of boulder-powered destruction. Thanks to the series’ first-ever stage creator, imaginations can plow through limitations as players build and share their dream stages with the community. Joined with an inventive campaign featuring hilarious retellings of historic and mythological events and a suite of game modes with their own distinct challenges, Rock of Ages 3: Make & Break is a massive celebration of creativity and lighthearted fun.

Crash into the latest updates for Rock of Ages 3: Make & Break on the game’s official site (www.RockofAges3.com), follow Modus Games on Twitter (@modus_games) and Discord (https://discordapp.com/invite/modus), and be sure to add the game to your Steam wishlist (https://store.steampowered.com/app/1101360/Rock_of_Ages_3_Make__Break/).