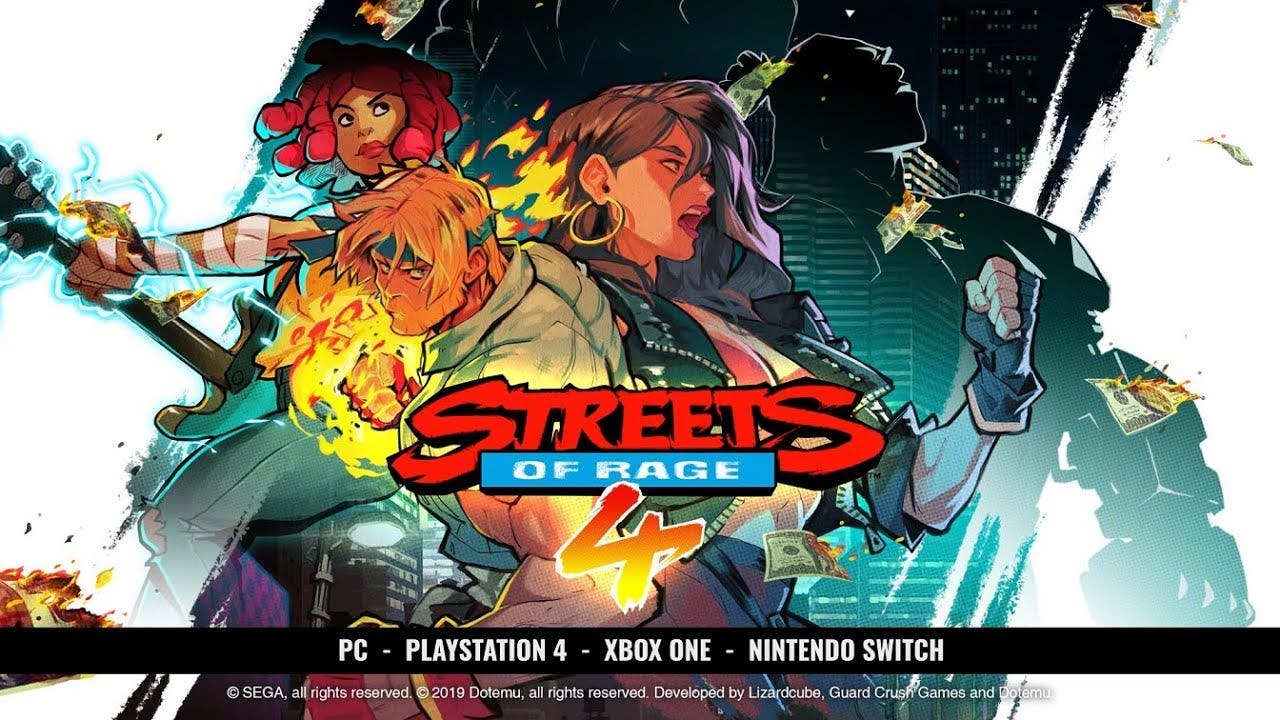 PARIS – August 19, 2019 – Fans looking forward to playing Streets of Rage 4 next year will be able to do so on their platform of choice as publisher and co-developer Dotemu (Wonder Boy: The Dragon’s Trap, Windjammers 1 and 2) with co-developers Lizardcube (Wonder Boy: The Dragon’s Trap) and Guard Crush Games (Streets of Fury) today announced that the title will make its way on to PC, Xbox One, PlayStation 4 and Nintendo Switch. A brand new gameplay trailer released today also introduced the latest character to join Blaze Fielding and Axel Stone: a badass guitar-playing warrior named Cherry Hunter.

Cherry Hunter is the daughter of Adam Hunter from the original Streets of Rage.

Trained by her father and Axel, Cherry learned self-defense from a young age. Her interest in following in her father’s footsteps and becoming a cop soon faded out, replaced by her love of music. Nowadays, she plays with her electro progressive rock band in some of the most dangerous places in Wood Oak City. She may look young but make no mistake – she is a seasoned veteran of kicking ass and taking names.

The new trailer also reveals several more levels in the upcoming game at different times of day:  neon lighted urban rooftops, elevator, seedy airport hangars, dirty sewers, thumping music stage and many more are all yours for the taking – lay the smackdown and don’t look back.

Streets of Rage 4 will be the first entry to the core series in 25 years, standing as Axel and Blaze’s glorious return to serving up side-scrolling beatdowns. With lush hand-drawn animations, new combat abilities, and fresh tracks from an amazing team of composers, Streets of Rage 4 will be a masterful tribute to and revitalization of the classic action fans adore.

Streets of Rage 4 is being shown at Gamescom 2019 by appointment only in the business area of the conference center. Fans looking to play the latest build of Streets of Rage 4 can do so at the upcoming PAX West event in Seattle in booth 6802.

To keep your skull-cracking combo on the latest Streets of Rage 4 news going, head over to www.streets4rage.com, visit www.facebook.com/StreetsofRage4, and give the follow button a devastating high kick on Twitter @Dotemu, @Lizardcube and @Guard_Crush.