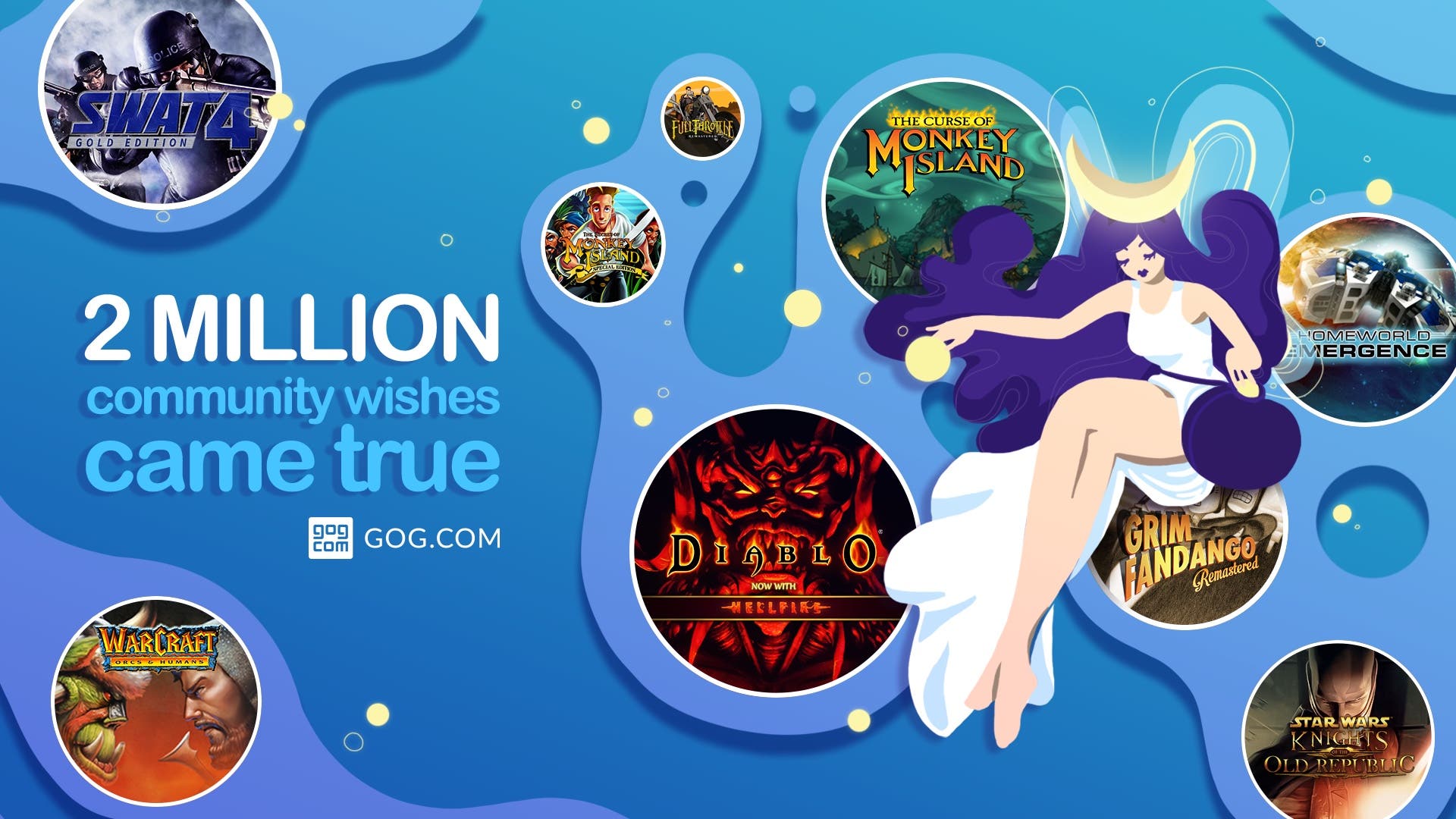 AUGUST 19, 2019 – To celebrate completing over 2 million wishes from its Community Wishlist and to show appreciation for gamers’ engagement with the program, GOG.COM is holding a special Games Come True Sale, featuring over 250 deals with savings of up to -75%.

Through the Community Wishlist, gamers can suggest, discuss, and most importantly, vote on the things they would like to see come to GOG.COM. These highly desired titles have been brought back (often after years of being lost or forgotten) by the GOG.COM team and restored to work on modern operating systems and made available DRM-free.

This feature has been a staple of the service for over a decade now, with no plans on slowing down! The present sale includes some of the most requested games on the platform, plus many more classic and memorable titles that everyone knows and loves, all at fantastic savings.