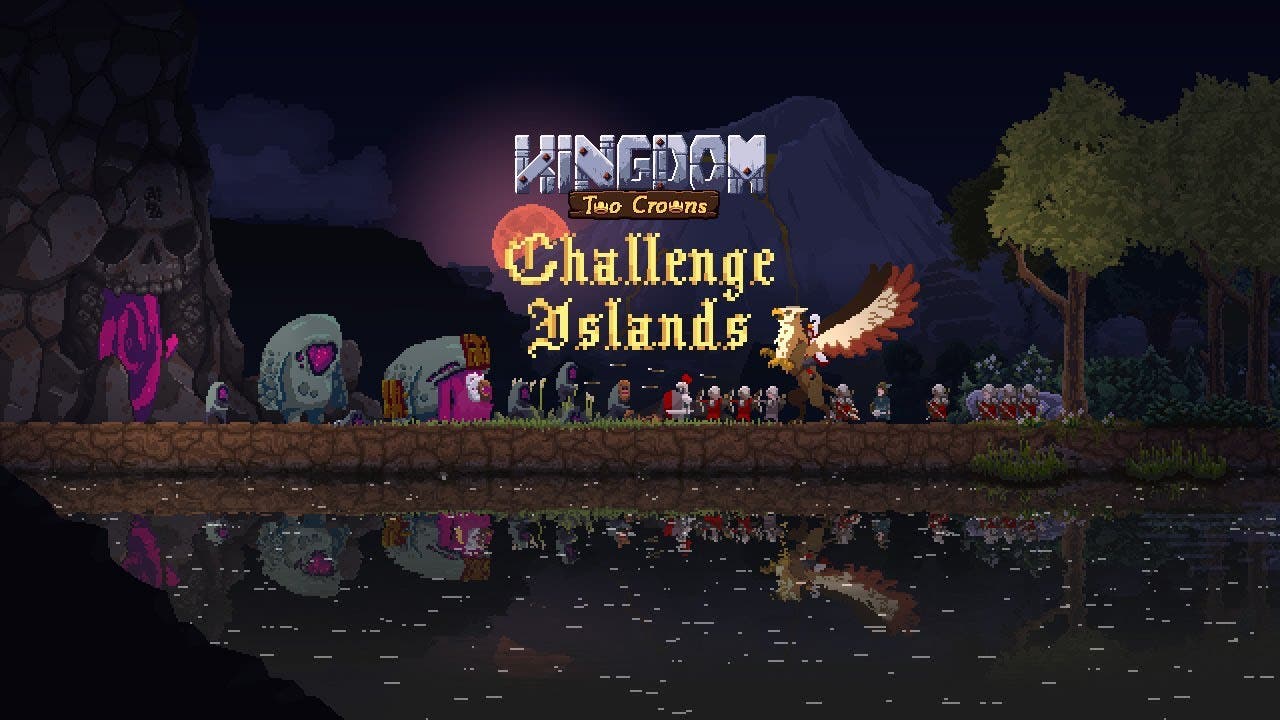 Kingdom Two Crowns: Challenge Islands is a free update. There are three different Challenge Islands to begin with, each tailored for the solitary monarch as there’s no co-op to help lighten the burden of the difficult challenges ahead.

DIRE ISLAND: With the new Dire Wolf mount as your aid, protect its pup at all costs. No crown, no monarch. No pup, no monarch! Now build the boat and try to escape as you run to as many islands as possible before the inevitable.

SKULL ISLAND: Time is running out and you must destroy the Greed Lairs. That’s right, “Lairs” as in PLURAL! With a Greed Lair on each side and several Greed Portals in between, this challenge is fit for only the gods that walk amongst Monarchs. And don’t forget about the volcano that is waiting to explode!

PLAGUE ISLAND: This land has been overrun and on the brink of succumbing to the Greed… FOREVER!  And now a fearsome pandemic is transforming citizens into Greed. The only thing you can do is try to survive as long as possible until your Kingdom is nothing but Greed.

Can you survive the toughest obstacles to claim the Gold Crown on each Challenge Island? We doubt it!

Challenge Islands is out on PC, Xbox One, and Nintendo Switch. It will release shortly on PlayStation 4. Please check the official site kingdomthegame.com for news when the update is available on PlayStation 4.

For more information on The Kingdom Series head over to: