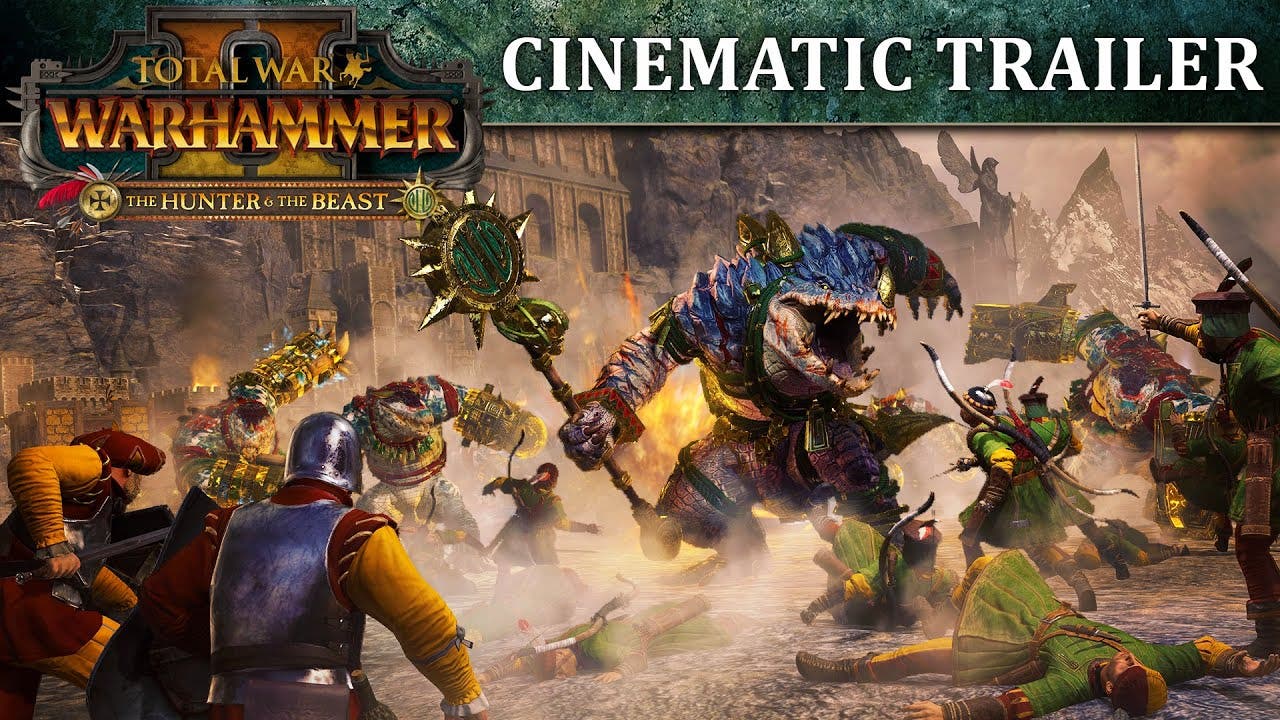 Across the jungles of the New World Huntsmarshal Markus Wulfhart expands the borders of the Empire, desecrating and sacking temples dedicated to the Lizardmen gods. But death comes in a myriad of guises in these most ancient lands and none are more stalwart in its defense than Nakai the Wanderer. Awoken from a centuries long slumber, he will seek out all those who threaten Lustria.

Will you be the hunter or the hunted? Watch the exhilarating new trailer here: https://youtu.be/FnKhFaijBBI

Out September 11th and playable in both the Eye of the Vortex and Mortal Empires campaigns, The Hunter & The Beast introduces two new Legendary Lords for the Empire and Lizardmen races, with unique faction and campaign mechanics, as well as a host of devastating battlefield units.

The Hunter & The Beast also introduces the largest ever playable Total War: WARHAMMER unit in the form of the Dread Saurian. When this absolute unit is let loose upon the battlefield, it wreaks terrible havoc upon the enemy with its fang-lined jaws and the divine blessings of the Old Ones. A host of other units will also be joining the carnage, including the elite Huntsmen, War Wagon, Kroxigor Ancients, and the Razordon Hunting Pack.

But that’s not all. The Hunter & The Beast will also usher in new free content for all owners of Total War: WARHAMMER II, including a ferocious yet-to-be-revealed Legendary Lord, and a highly anticipated update for the Old World – praise Sigmar! Keep an eye-out on the Total War Blog for more info.