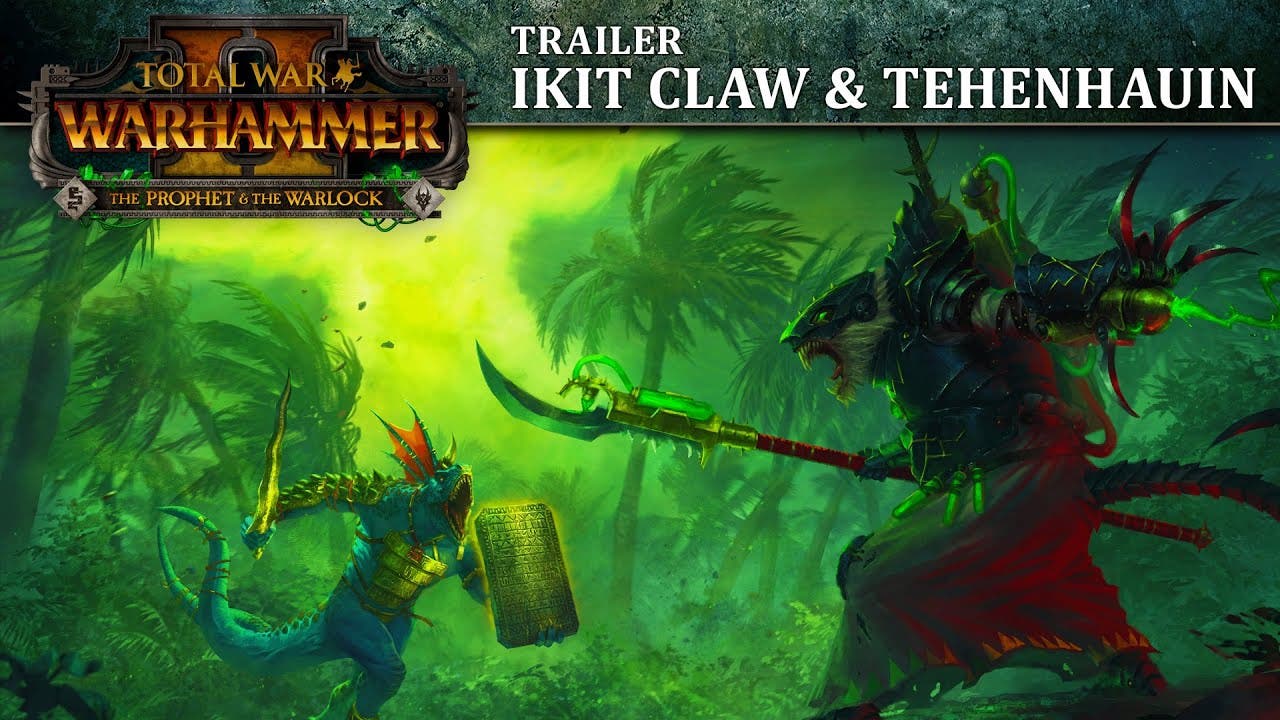 Total War: WARHAMMER II lets Legendary Lords fight it out on April 17th in The Prophet & The Warlock DLC

Out April 17 and playable in both the Eye of the Vortex and Mortal Empires campaigns, The Prophet & The Warlock introduces two new Legendary Lords for the Skaven and Lizardmen races, new Regiments of Renown, battlefield units, faction mechanics, and devastating weapons of war.

The Skink Prophet Tehenhauin commands the Cult of Sotek with an insatiable appetite for sacrifice. Drenching the temple-city altars in Skaven blood after each battle, he performs arcane rites in his quest to awaken the great serpent-god Sotek from his slumber, and elevate the Lizardmen to their rightful glory.

Meanwhile, The Warlock-Engineer Ikit Claw toils in Clan Skryre’s Forbidden Workshop, crafting ever-crueler constructs for use in battle. His magnum opus: The Doomsphere, a Warpstone bomb so destructive it can wipe entire cities off the map.

As always, the release of The Prophet and The Warlock will also usher in new free content for all owners of Total War: WARHAMMER II including a yet-to-be-revealed Legendary Lord, a new Skaven Under-Empire mechanic, and a millennia-old lizard ghost. Find out more on the Total War blog