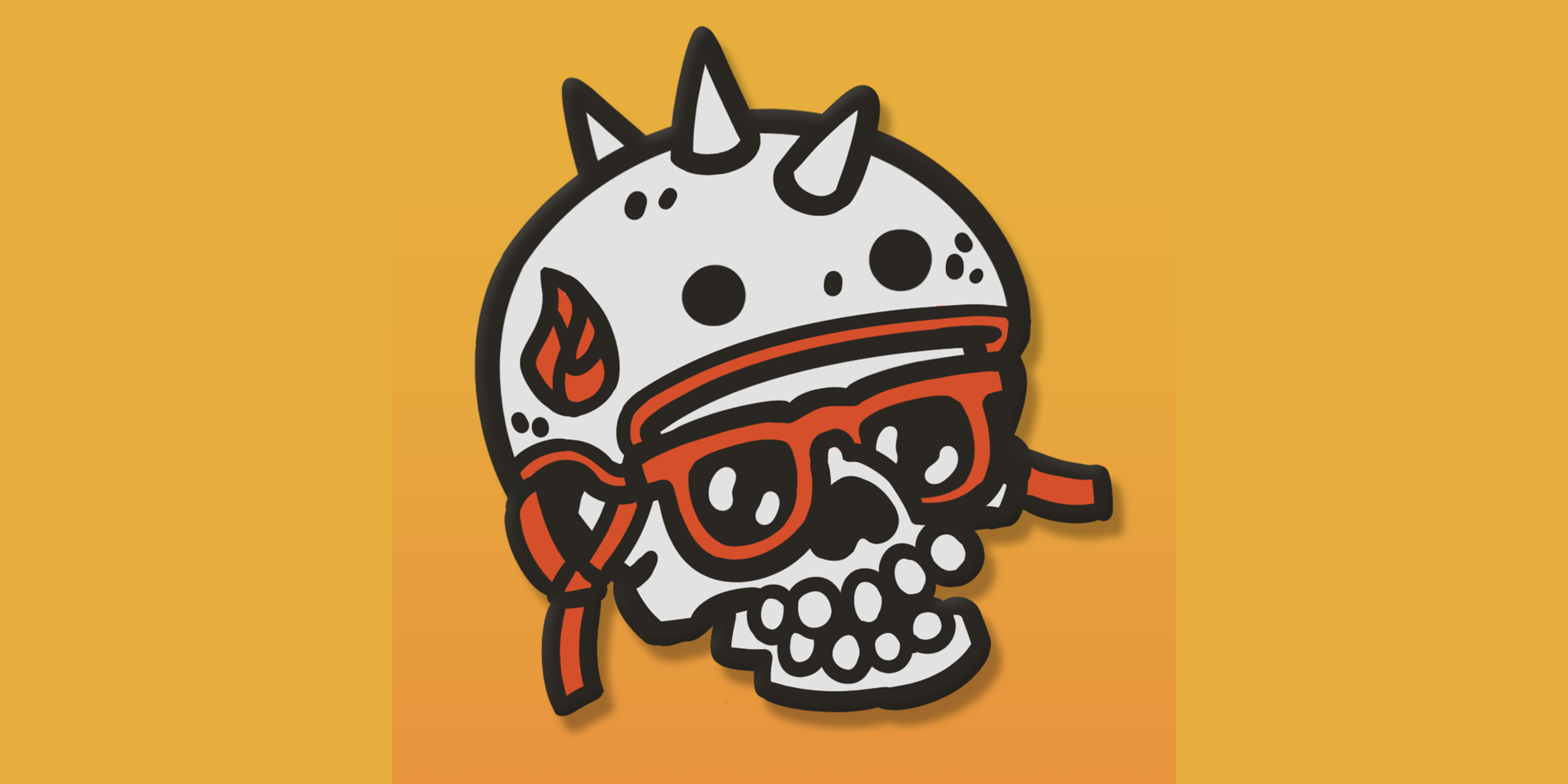 I like a good bike stunts game. Something about them appeals to my nostalgia for games of the 8-bit era, when most games were hard and required mastery over simple but precise controls. Gameplay was straightforward and immediately rewarding, once you got things “right.” There are no shortage of these games on consoles and PC, but the formula has never really translated particularly well to mobile devices. I’m a huge touch screen apologist, but touch controls just don’t cut it for the precision most of these games require, so even the “best” attempts have not really translated well. Along comes Trail Boss to save the day and deliver us from the dark ages, finally delivering on the promise of what a good mobile bike stunts game can be. 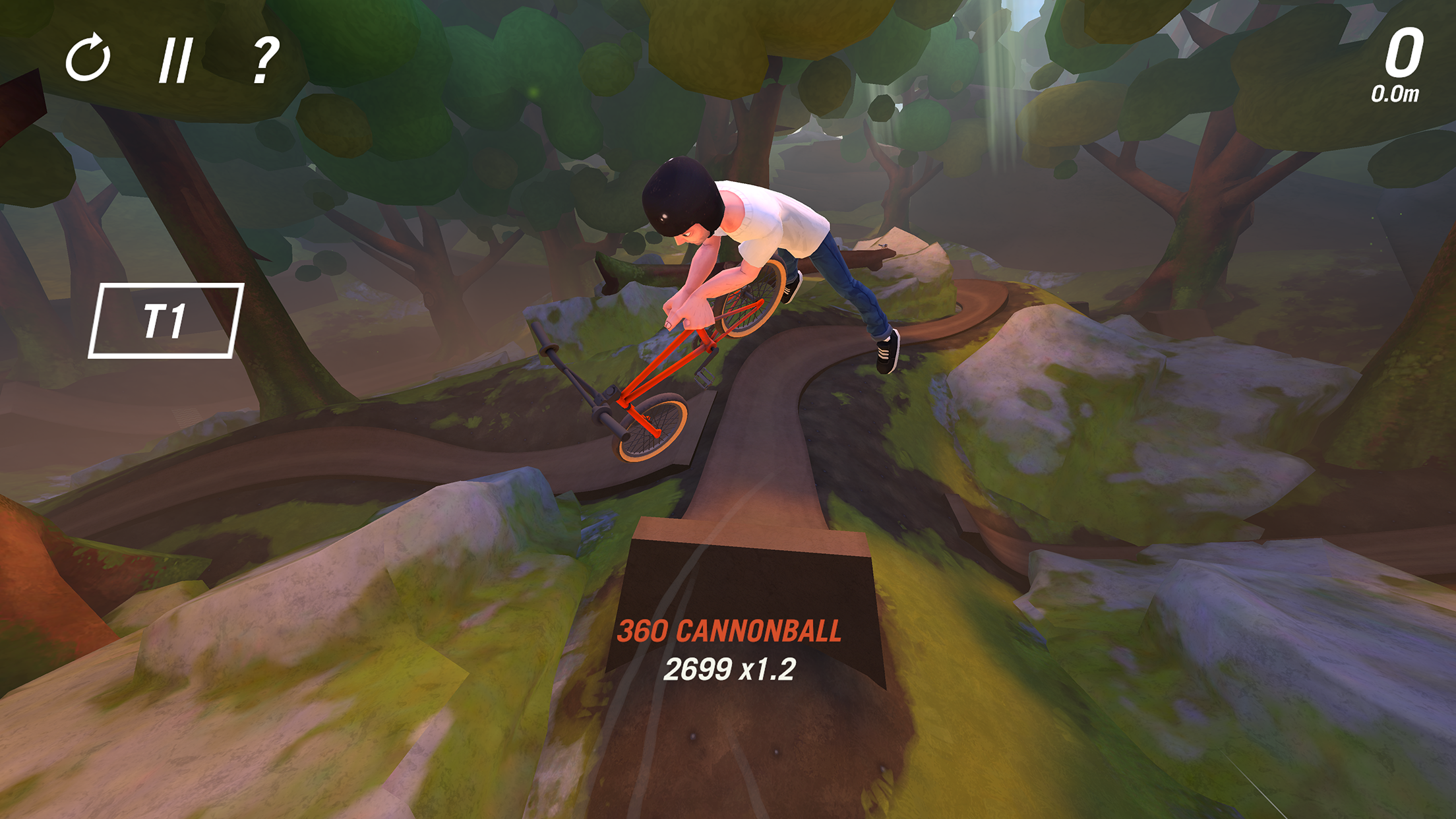 Rather than trying to copy the formula of something like Trials directly and put it on mobile with too many virtual buttons/touch zones to be able to manage with precision, _Trail Boss_ smartly retains the aspects of these games that work universally and replaces the ones that don’t, creating a truly tailored experience for your phone or tablet, making the game feel like the first-class citizen that it is rather than another port.

Where Trail Boss really nails it is in the controls. Rather than making the player worry about button presses, it effectively converts each horizontal half of the screen into hot zones for directional swipes and quick taps, with eight directions supported on each side; tricks are mapped on the left, and flips/spins are mapped on the right. Initiating a move requires just a quick finger swipe; swipe again to chain another move onto the end, or tap and hold to ease back into neutral as your last trick or flip finishes. Tricks can be combined with flips and spins, putting both of your thumbs to work at once, and getting back to a safe position for landing after a jump is dead simple. This may not sound like much, but it literally makes the difference between a trick-based BMX game on mobile being a chore and being a blast. Now instead of fiddling with tricky controls you can focus on looking cool as hell and landing jumps to get great combos and actually enjoying the game. There’s also a really handy overlay you can bring up to see which directions map to which moves at any time while playing, which helps a lot while you’re still getting your bearings and learning how to do things.

The course design is also very clever; rather than going with long, multi-checkpointed courses with target clear times, Trail Boss sticks with relatively short courses and a set of three challenges for each difficulty level. You can aim to complete all of the challenges in one go or tackle them on separate runs, and as you move up the difficulty tiers, the challenges escalate. Courses are clearly designed with their specific challenges in mind, as there are certain challenges that will only be possible at one or two locations on that course, but none of them are necessarily a stretch for your abilities so much as a gauge of your current level of skill. 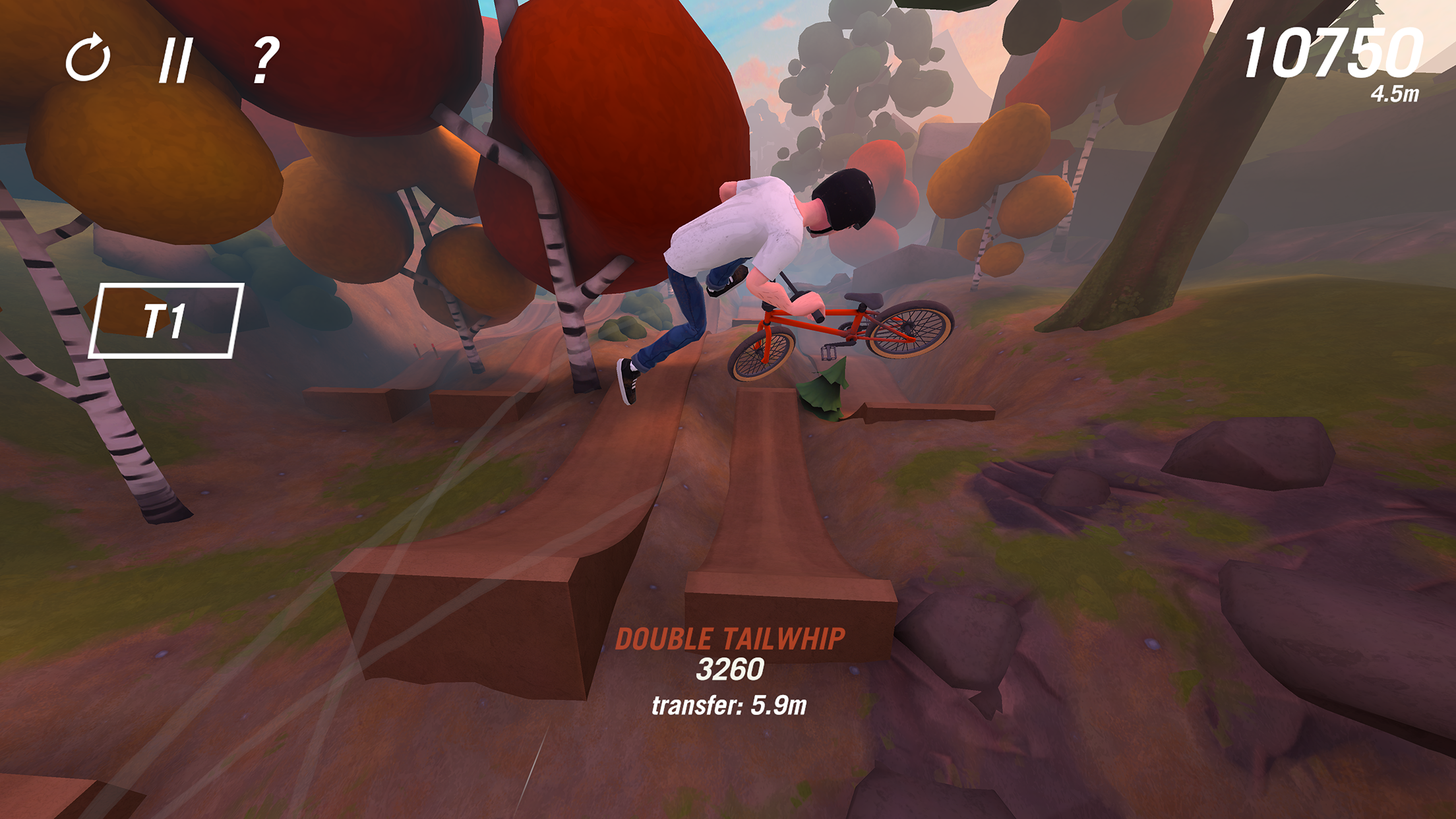 Trail Boss also smartly ditches the side-view and opts for a pulled back camera positioned behind your rider so that you can see more of what’s up ahead and plan your moves accordingly. Because this is a BMX trail-riding game, and because you automatically pedal forward, this makes a lot of sense; you’re not burdened with having to manage your speed, you just need to focus on the trail ahead and lining up your jumps and tricks. 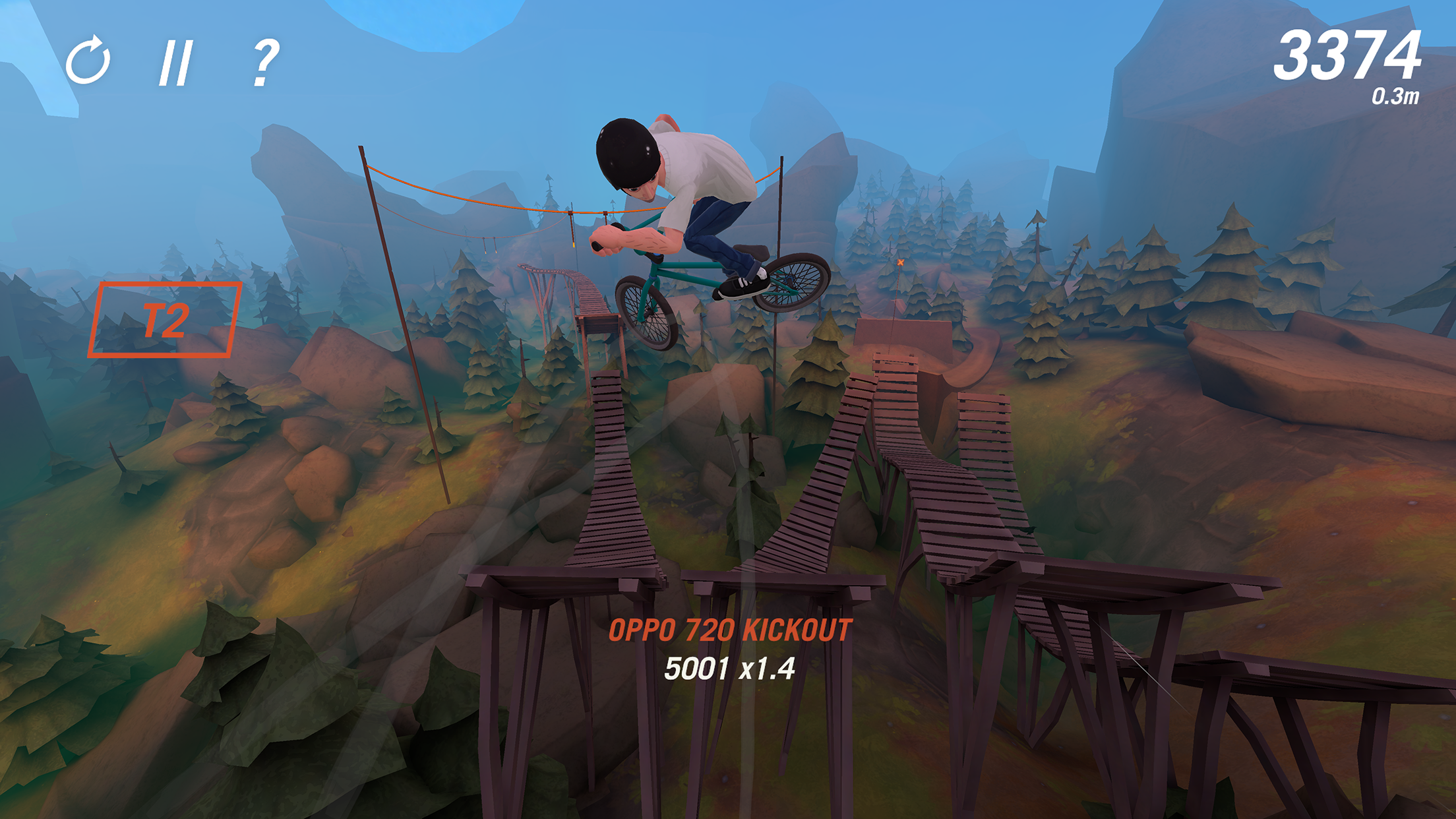 It is very evident that Trail Boss is a labor of love, and it showcases a high level of familiarity with and appreciation for BMX, which is little surprise given that the game’s creator, Adam Hunt, is an avid BMX rider. It’s a rare and special thing to be able to translate one’s skills and passion for a sport or hobby into a video game that’s actually fun and easy to play, though. Every aspect of _Trail Boss_ is very well thought-out, from the gameplay loop to the controls to the level design and challenges. The art style is fun and approachable, and overall the entire package is extremely accessible to players of any skill level. This game is an easy recommendation for pretty much anybody; it’s really polished, it’s great for short or long play sessions, and most importantly, it’s lots of fun.