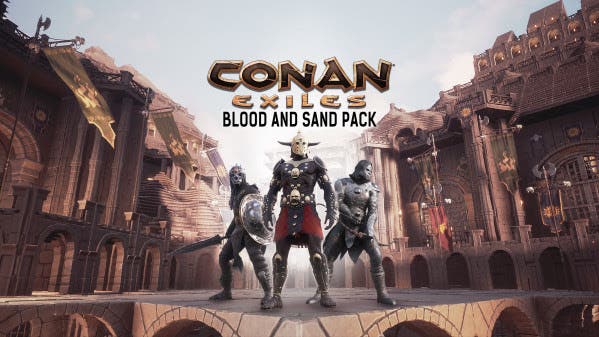 The DLC is available on PC, PlayStation 4 and Xbox for $ 9.99 / € 9.99 (regional differences may apply). A free update was also released today, containing various bug fixes, new items and a PvP overhaul. The free update introduces the Battle Standard, which can be placed to create PvP zones. This will allow players to create massive arenas and fighting pits, even on PvE servers. Participating in PvP on PvE servers will be entirely optional

The Blood and Sand pack contains:

All the new content in Blood and Sand is exclusive to this DLC and adds a host of new visual options, but does not give any in-game advantage in power. All the new items have comparable stats to existing items.

For more information check out the official blog and the Steam store.

Conan Exiles is an open world survival game set in the savage lands of Conan the Barbarian. After a successful Early Access run starting in January 2017, the game launched in full on PC, Xbox One, and PlayStation 4 on May 8th, 2018 and became one of Funcom’s best-selling and fastest-selling games to date. For more information about Conan Exiles, visit www.conanexiles.com.