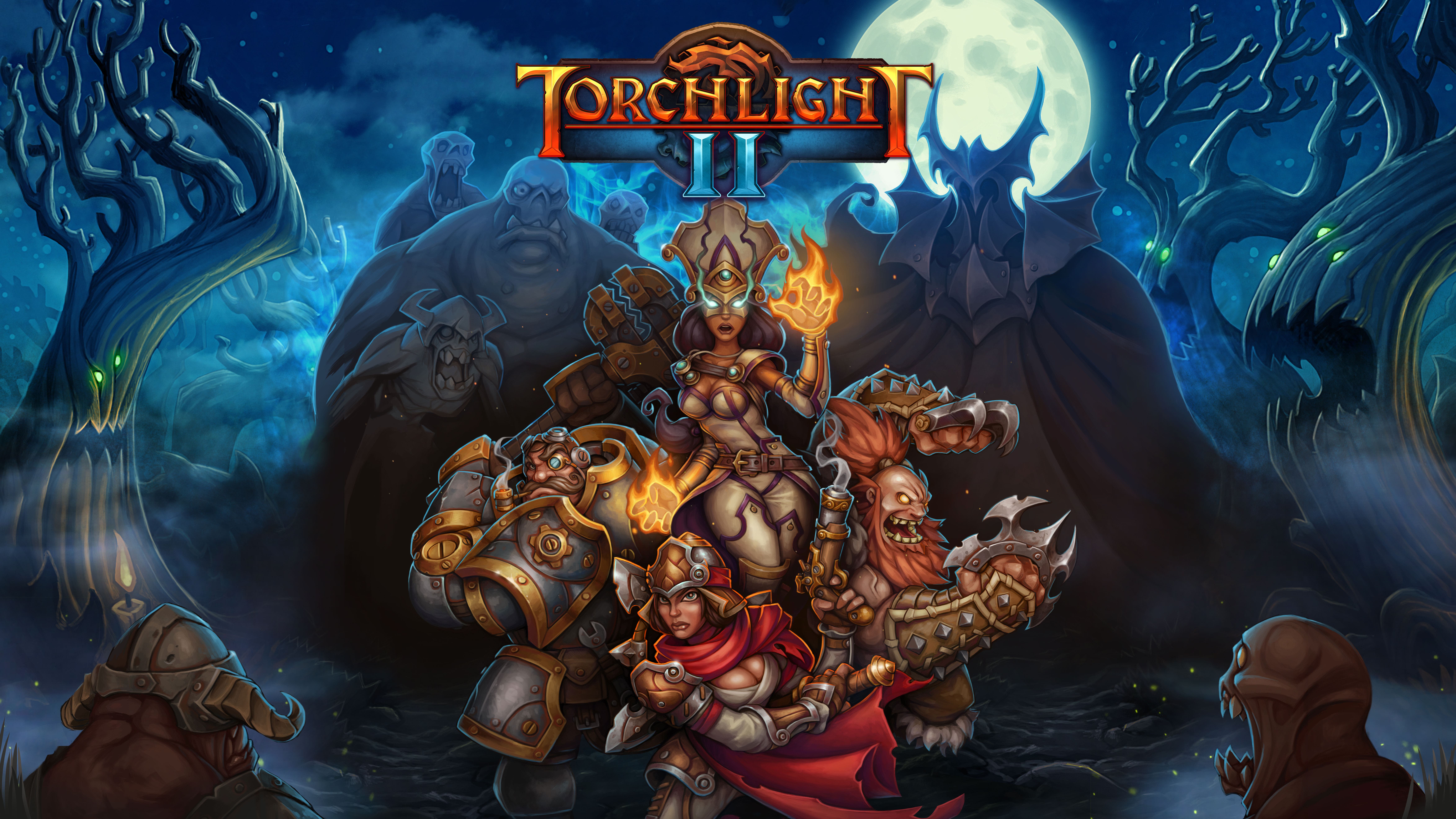 Torchlight 2 was a game that eluded me ever since launch on PC. I always wanted to play it, but due to various reasons, I just never got around to it. Now with a release on home consoles, I’m finally getting a chance to dive in and on the Switch version. I’m not sure Torchlight 2 was ever envisioned to have a portable version but I’m sure glad one exists. 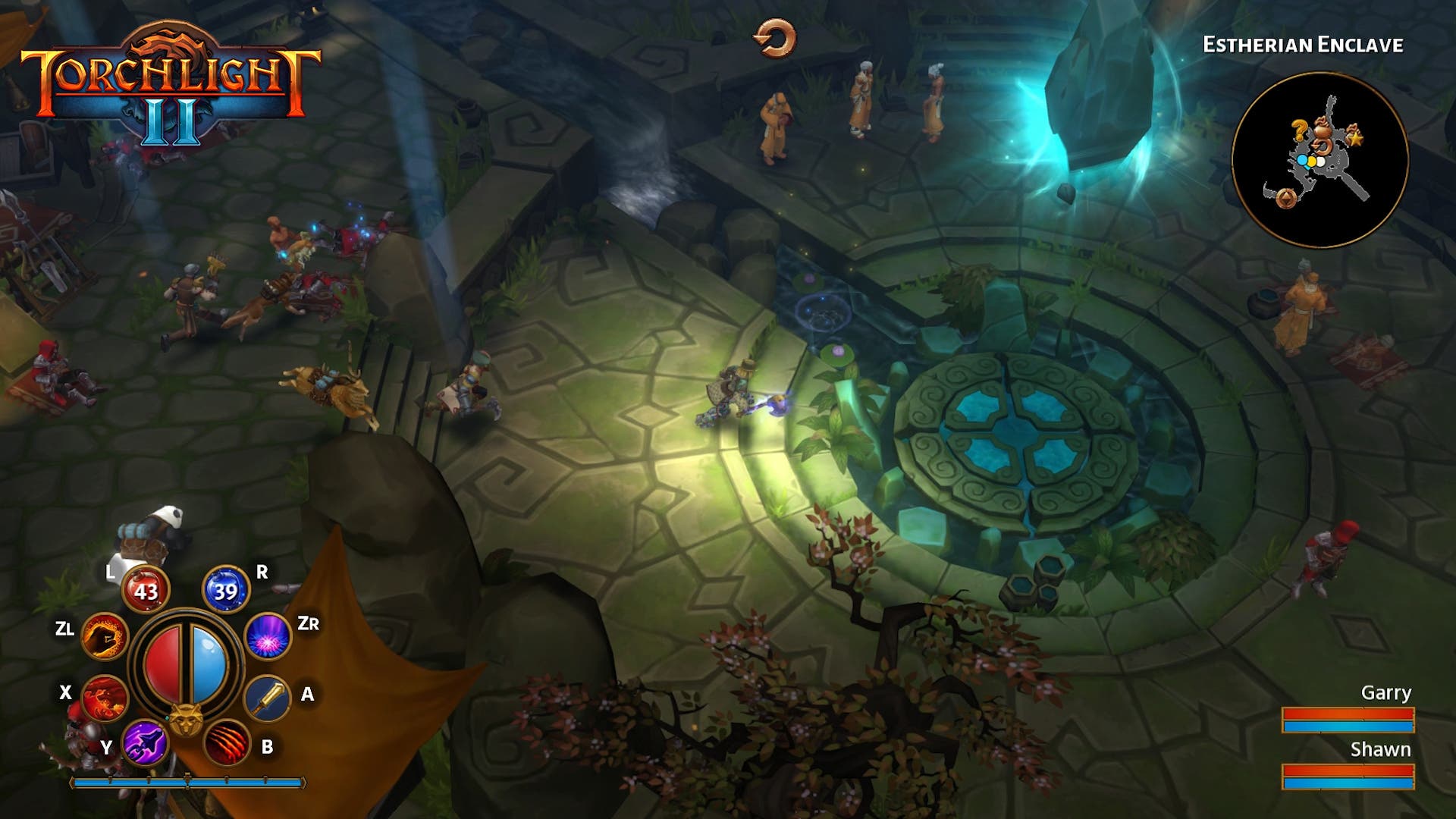 The town of Torchlight has been destroyed due to the corruption of an alchemist. Players will pick one of four characters classes, each with various skill trees and stats to upgrade. While the story here is simple, it’s told just enough to keep the players interested. It’s the gameplay that really steals the show.

Torchlight was about a single town and dungeon that characters progressed further down with more danger the further players dived. Torchlight 2 takes the same hack and slash RPG looting and goes with a bigger and bolder vision of the original. With various locations and acts to separate the story and keep players engaged, the setup is better than the original and with the added bonus of co-op. 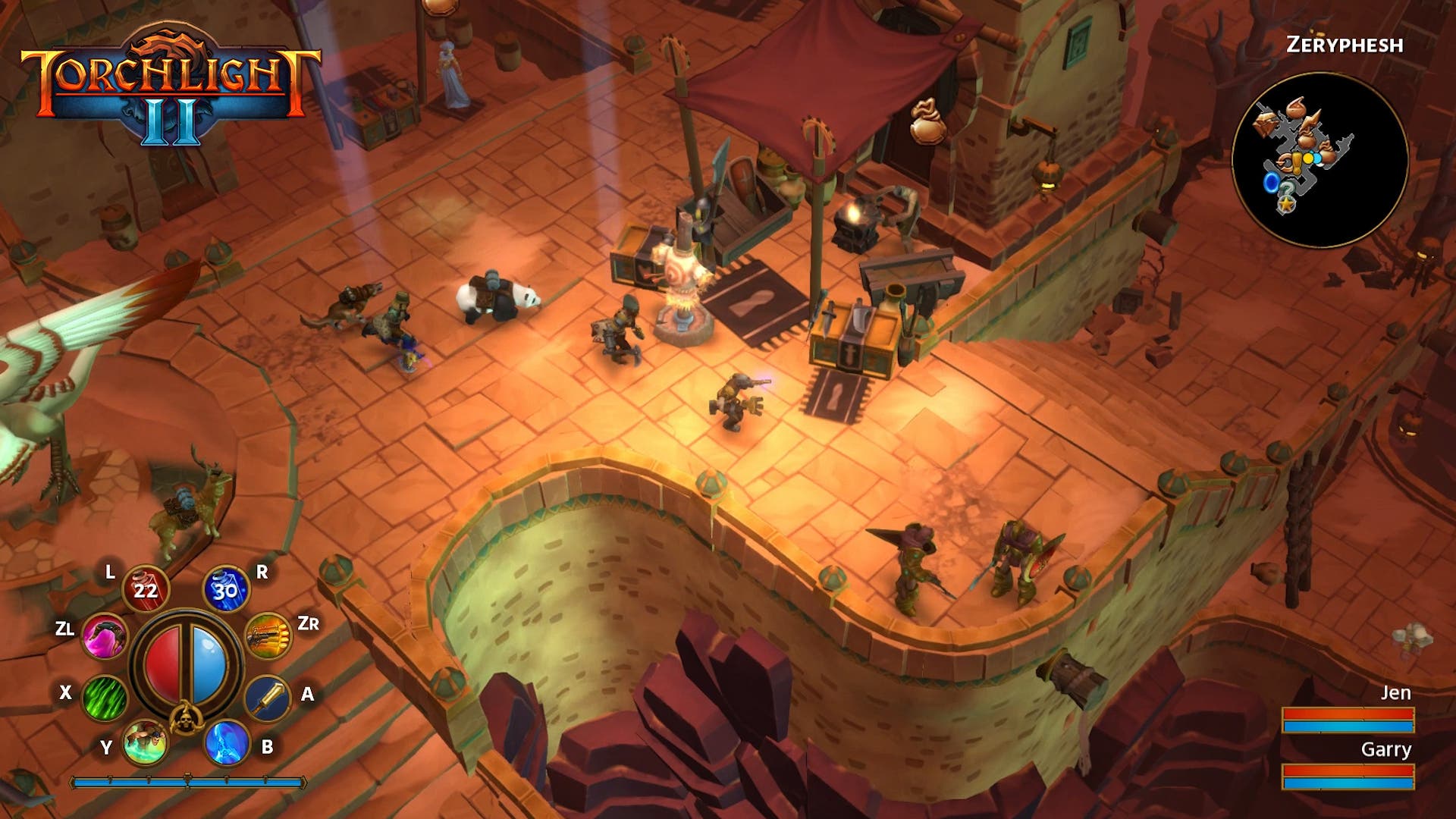 On the Switch, playing in either handheld or dock mode, the controls come off reminiscent of Diablo 3 on the consoles. Which means a nice equipment wheel and tabs to scroll through with the controller. Response actions and skills used via face buttons. I consider that game one of the most fun in the genre, so with Torchlight 2 evoking those same feelings from me, that’s a huge success. Exploration, combat, loot, and repeat is pretty much the format that follows in the 20 + hour experience. With each new act, gives way to a new location for players to explore and of course more side quests to consider. The game also uses randomly generated dungeon designs so that replays with other characters can still feel fresh and exciting. 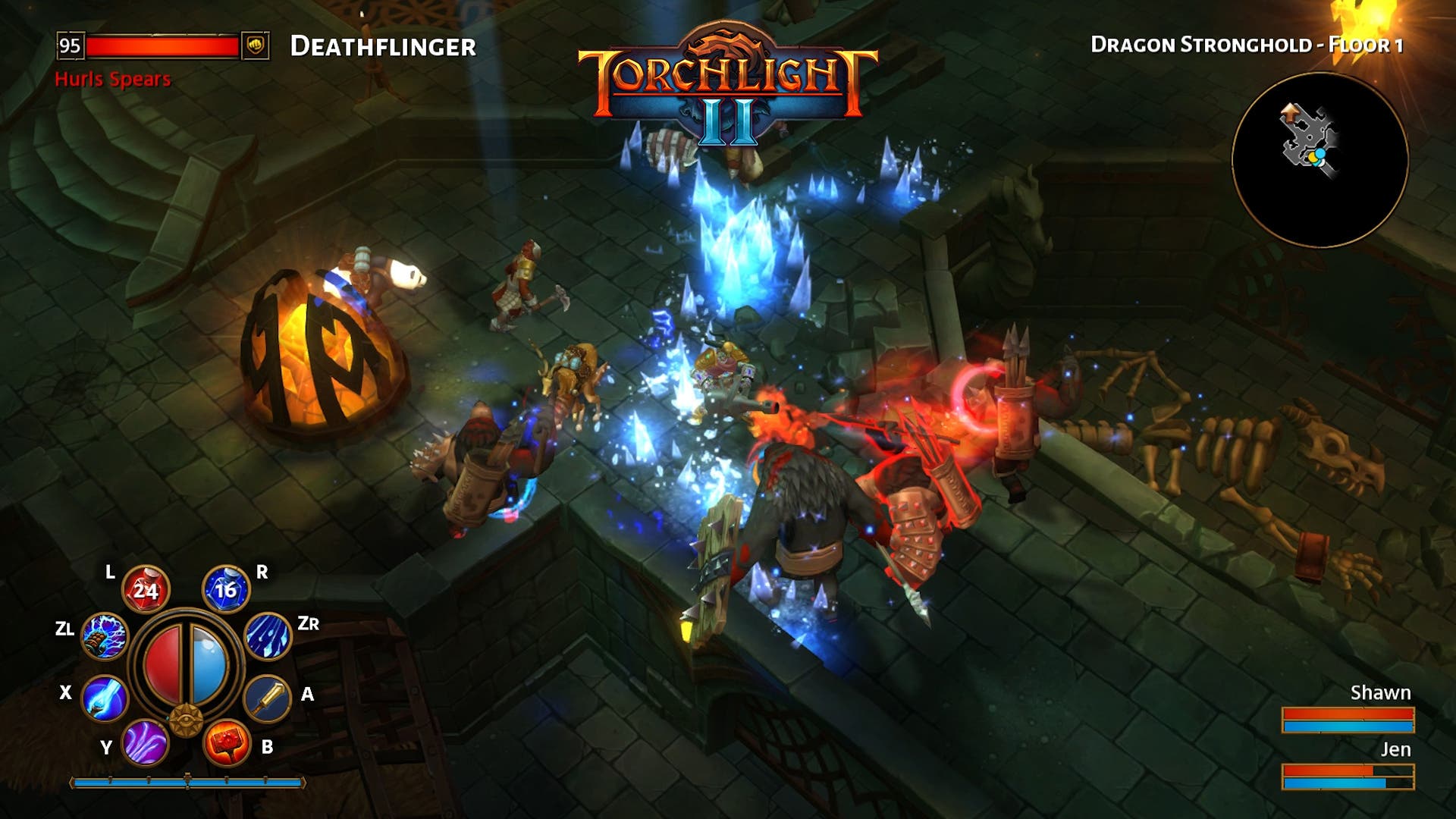 The Switch port seems extremely solid also as it feels like a consistently smooth experience. There does appear to be some dips when the bigger hordes of monster attack along with the effects of the spells and skills kick off. Yet still, there is very little to complain about when the game is running solid. Taking the game hand held on the go just feels like an adventure itself. While the ports is overwhelmingly positive, there are a few things to note.

From what I understand the game is 4 player co-op online only. Meaning no couch co-op mode, which is a bummer and feels like a huge missed opportunity. Some other issues I noticed was an audio stuttering when loading into some areas that quickly disappeared. A odd bug was when looking at upgrading stats, changing between the 4 areas wouldn’t also display the right description leading to being confused why I was seeing two of the same stats which switch. Pressing up all the way and down all the way sort of fixed it, but it needs a patch I think. 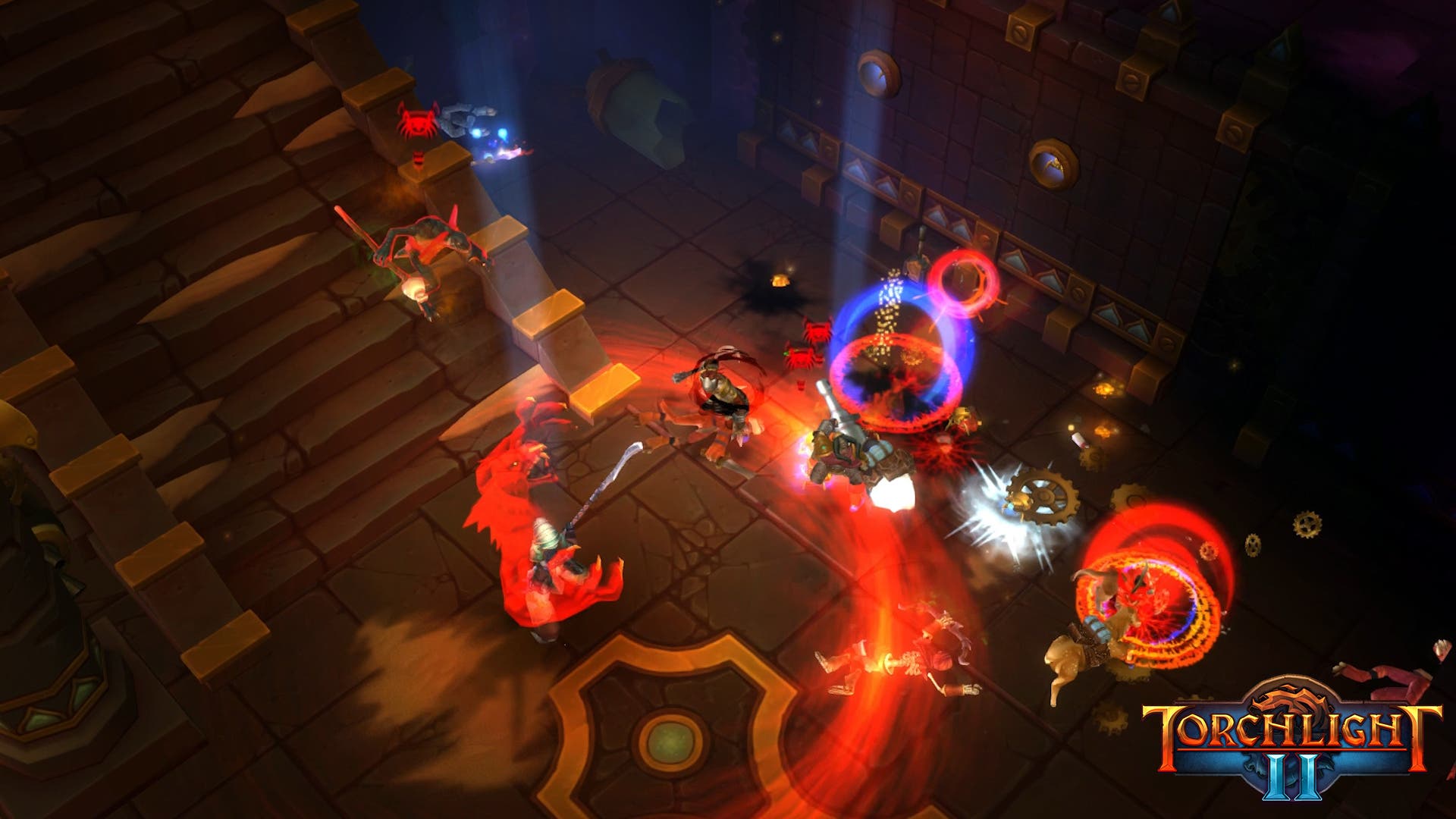 Torchlight 2 is finally out on consoles and the Switch version is a blast to play. It’s a colorful, bright, charming game filled with lots of action and questing. It’s fun with friends online and even has a New Game+ feature after the campaign is finished. For twenty dollars, Torchlight 2 comes highly recommended for all fans of the genre. If you have a Switch and like Diablo 3, what are you waiting for? Add this to the collection now.