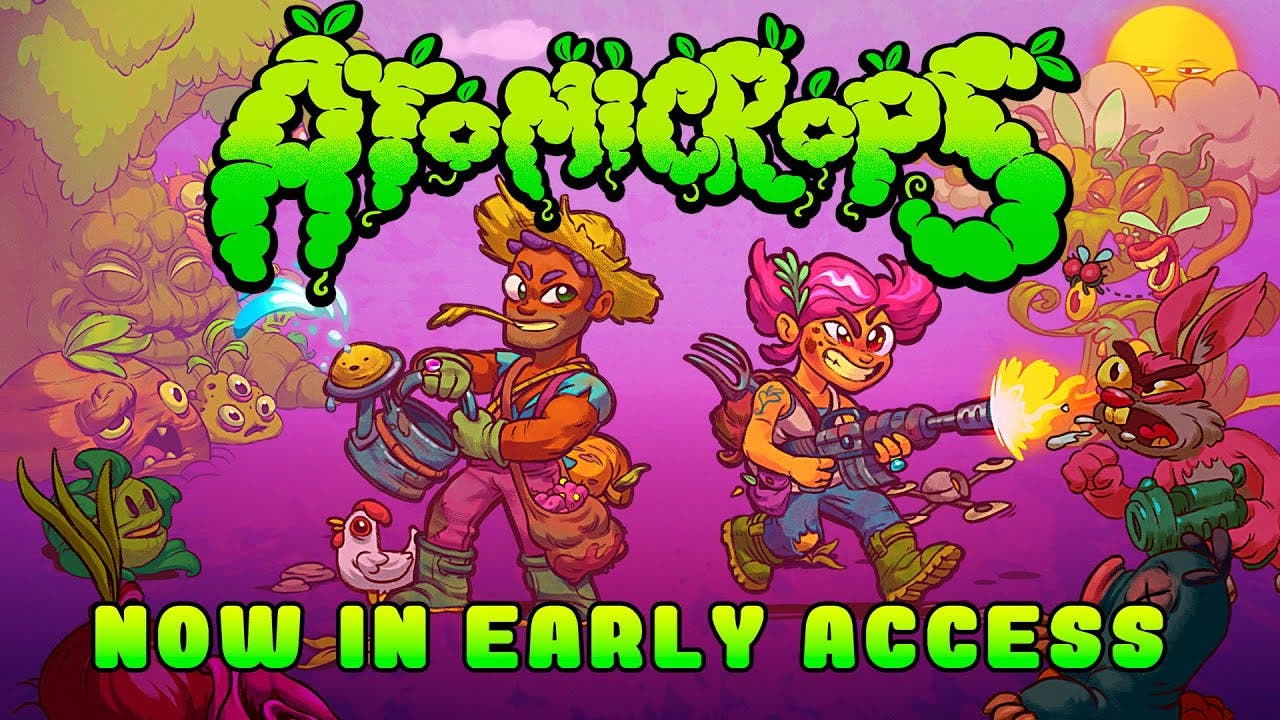 Atomicrops has entered Early Access on Epic Games Store so you can “Farm. Marry. Kill”

You’ve just inherited your uncle’s farm moments before the nuclear apocalypse and now you’re the last farmer on Earth! You’ve got to shoot to till in Atomicrops, the perfect mashup of an action-packed roguelite and a charming farming simulator that is out TODAY in early access exclusively on the Epic Games store!

Atomicrops is the chaotic marriage of bullet hell roguelite and farming simulator created by Bird Bath Games and published by Raw Fury. You’ve inherited your dead uncle’s farm at the precise moment a nuclear apocalypse lays waste to humanity and now you must use it to grow copious amounts of GMO fruits and vegetables to survive!

Plant your crops carefully and make sure to keep them fertilized and watered. Explore the surrounding areas to find items, seeds, and farm animals to help your fields grow. Get married and have your partner help tend your farm or blast enemies to bits. Exterminate mutated vermin and pests each night who are trying devour your valuable Atomicrops!

Since the game is early access, there are a lot of plans in the works for new partners to marry, more items, additional enemies, and more! There is a roadmap being revealed very soon that will show some of the stuff coming during the early access phase, and of course the game developers will be taking community feedback.

Because growing a community is so important for games in development, there is a healthy discount off the launch price of the game to help folks get into the game early! Starting on launch day, Atomicrops is up for grabs at 50% off and each day the discount will drop 10% until it’s at the normal price of $14.99 / €14.99 / £11.99.