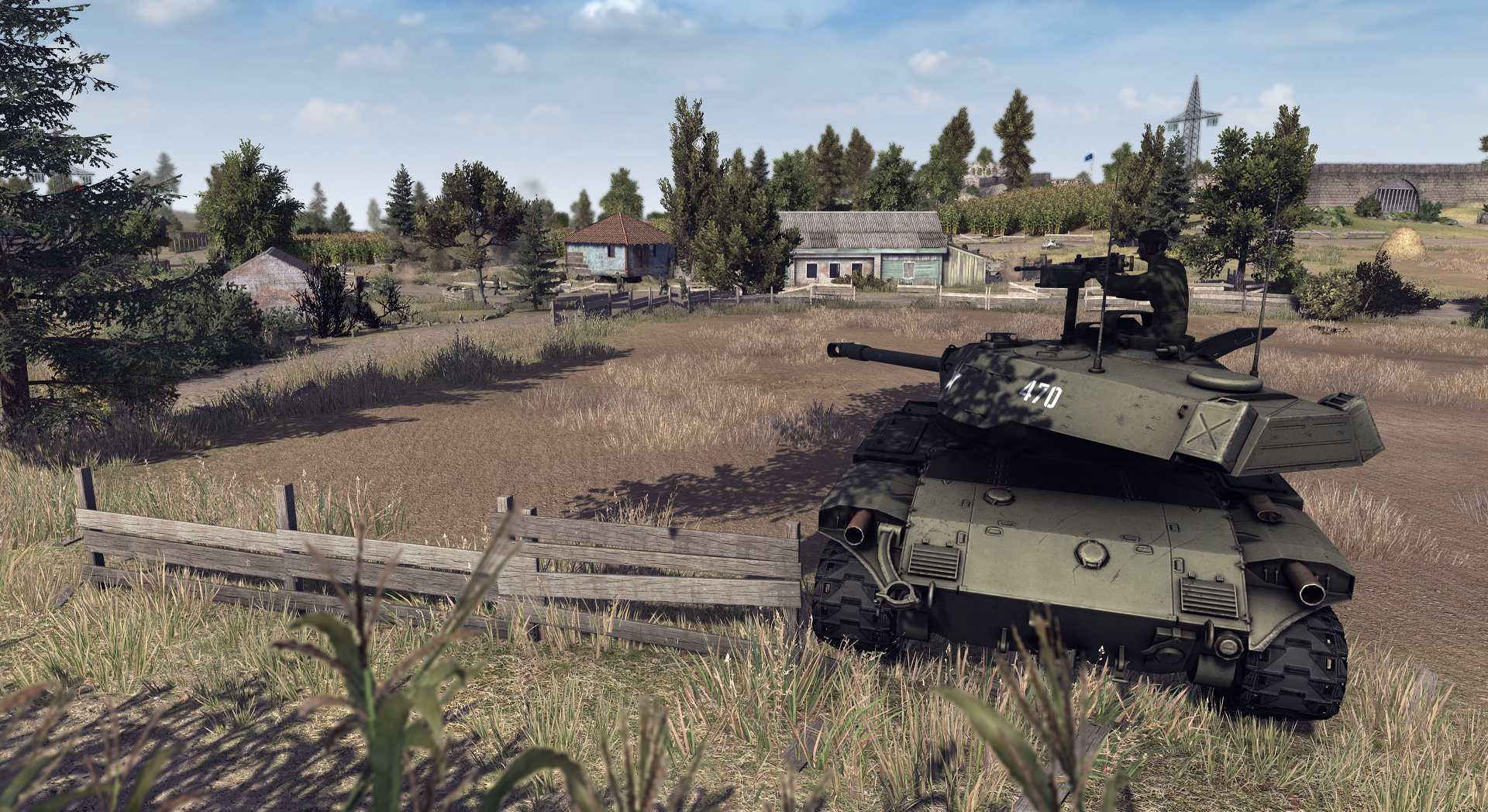 The main menu of the game is an indictment of the sparsity that plagues Men of War: Assault Squad 2 – Cold War. The game features single play which houses the campaign, and battles which house the online and offline skirmishes. In either mode, you have the choice of joining either USA or USSR for the conflict. It’s a rather binary, and limited choice, but befitting for this era, for which there is no timeline that gets established. That’s because there wasn’t anything put into a story. We don’t know when this conflict supposedly begins or ends, and there’s just war. Perhaps that’s a statement on today’s world, but I don’t believe that was taken into consideration.

I was excited to dive into the campaign, but it’s barely one. Assault Squad 2 – Cold War has what’s called a “dynamic campaign”, in that you set the rules, and the game will serve you one out of the five maps until completion. Each battle is a single day until you reach the end. In all actuality, it’s a progressive series of skirmishes stitched together with an overarching points systems that bears no weight. If you win the campaign, you can optionally continue in an infinite campaign that just repeats what you previously did, in a sort of survival mode. Being able to decide on faction, AI difficulty, duration of the campaign, and how many resources you have is great, but it all feels so hollow. On one hand, it’s great to have something endlessly replayable to extend the life of the game, but on the other I still would like something hand-crafted and packaged together. If nothing else, the campaign does good at providing a sense of tug-of-war with each battle won or lost. Playing skirmishes on or offline sees the same campaign maps reused: Border, Fortress, Lost Airbase, Scorched Earth, and Winter Stasis. Each map is distinct looking, offers different locales and structures but are always a linear strip of land to move across. They support 2-8 players, depending on the mode, for which there is two of. Combined Arms skirmishes ask you to capture and hold flag points, while Annihilation mode focuses on complete destruction and war of attrition.

The command posts are similar to Company of Heroes in them either just being capture points or points full of resources to capture. Before a battle, you’ll have to do some unit management, and place units into categories like for reinforcements, veteran units, and deployed unit groups. There’s a monetary and body limit for these deployment groups that you’ll have to carefully manage to get the most out of. It’s an interesting mechanic, but the game doesn’t offer any preset groups to get into the game faster. Hardcore fans will love the granularity the game offers. A Men of War: Assault Squad 2 staple is the direct control mode, which allows you to see over the shoulder or through the eyes of a single unit. It’s here you can utilize the weaponry to your exact needs to get an edge on the AI. Strangely, and perhaps this is a series quirk, but you can’t group units together and call them up with the number keys. It just makes things clumsy in later campaign levels for trying to manage.

There’s no tutorial to teach you the game, but if you dig deep enough, you’ll find the extras mode which contains tips that cover every topic in the game, even if they aren’t interactive. So in reality, you just have to teach yourself how to play if you’re coming into the series cold. There’s a replays mode that captures your battles for re-watching, editing, or uploading for others to watch. Men of War: Assault Squad 2 – Cold War is rather unoptimized. Launching a single battle, whether it be your fourth consecutive one, or your first, it’s going to be a long wait before you get to do anything. My system is a few years old, even with high speed and high capacity RAM, a 6th generation CPU, and running on an SSD. The wait is just rarely worth it for the battles that ensue. Then there’s the crashes to desktop that occur at random, and almost always near the end of any given fight, so be sure to save between each encounter. As a fan of the Cold War era, there’s little to love here. Men of War: Assault Squad 2 – Cold War just doesn’t do enough to warrant its own existence. It’s a game that’s rewarding in its own right, but frustrating for too many reasons to recommend. Men of War: Assault Squad 2 – Cold War is a disappointing effort that’s elevated by its core real-time strategy features that you don’t see in other RTS’. Among the crashes, lackluster presentation, and disappointing execution, there’s almost no reason to play this.