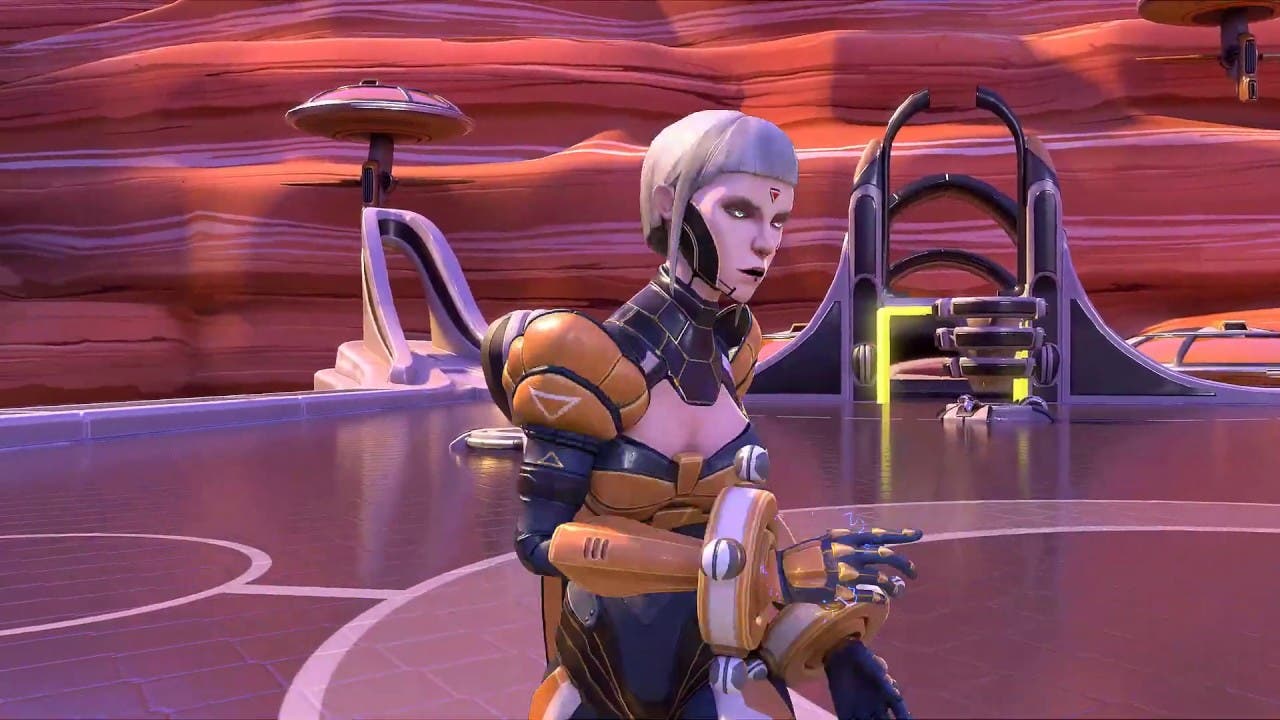 BEIJING – September 16, 2019 – Publisher Oasis Games and developer Iron Mountain Interactive today announced the addition of a new hero, Galena, and new gameplay features with today’s Steam update for the competitive team sports game, Steel Circus. In the fast-paced online multiplayer title, 3v3 teams pass, tackle, and shoot to score goals in an esports and action game hybrid. Galena, a Martian heiress, is the seventh and newest hero in the game and can be seen in today’s new Hero Trailer.

It’s a whole new ballgame—literally—in Steel Circus as players take on the role of one of several champions with unique abilities and roles in competitive online matches. Shoot, pass, tackle, dodge, and score in matches where skill, teamwork, and tactical decision making determine the winners. With Sports, Brawler, and Hero system gameplay mechanics, Steel Circus offers easy to pick-up, hard to master matches suited for both casual and core competitors.

Details on Galena
Galena, the new hero introduced today, specializes in disrupting opponents to give her team members an advantage. A descendant of the first human born on Mars and heir to the most powerful family on the planet, she’s a great disrupter—but she has no ability to permanently damage opponents or knock them out. In addition to representing Mars in the arena she’s acting vice president of the Mars terraforming program, which gives her direct access to cutting edge technology to constantly improve her arena suit.

Steel Circus Development Update
The small team at Iron Mountain Interactive has been iterating rapidly to add new features, balance gameplay, and listen to the player community at every step—which is critical for success in a skill-based, competitive online title. Along with the new hero and associated content including skins, spray tags, and emotes, Steel Circus is adding multiple new features based on player feedback through the Early Access program. These include the highly anticipated addition of punishment for players who leave a match, new matchmaking system, and performance optimization. Coming this week, AI player backfill will be available to replace disconnected players in a match, AI bot play will be added to the tutorial, and match placement will match new players with new players for their first five matches to let them learn the ropes before facing tougher competition.

The new content comes on the heels of recent quality of life additions requested directly by players:

With today’s update, seven champions are now available, each with their own distinct skills and role. Developer Iron Mountain Interactive will continue to release regular updates, introducing new champions, arenas, customizations, and balancing adjustments. Their Steel Circus roadmap can be viewed here.

Steel Circus is free-to-play with a balanced and comprehensive skill set. Although cosmetic upgrades can be purchased, they offer no competitive advantage and there are no loot boxes. While every Champion can be unlocked through gameplay for free, an All Champions Pack is available for US$ 19.99.

Choose your champion and join the arenas in Steel Circus today! Steel Circus is free-to-play and is available to download and install on Steam. For more information on Steel Circus, please visit the official website, join the growing community on Discord, and follow the team on Twitter.