I like what Invader Studios is trying to do here, but if the actual Resident Evil 2 remaster didn't exist, this could've filled that gap more substantially. But Resident Evil 2 this is not, no matter how hard it tries. There's a fundamental and unacceptable lack of polish here. Daymare: 1998 is mostly just unimaginative and unfun, and for a game that is primarily a shooter, it doesn't even do that well enough. I'm trying to think of a place for Daymare: 1998, and while it certainly has one in survival-horror, it's going to be mostly at the bottom. As mentioned, Daymare: 1998 is an attempt to enter the survival-horror genre of mixing old and new, but it mimics other games too similarly for it to stand on its own. As the story goes, you’re sent in to a facility that has experienced an outbreak of a chemical agent that’s transforming everyday people into monstrosities. There’s conspiracies, cover-ups, and betrayals that fit the bill of a 90s game, but it’s all done so poorly with either bad translated scripts, voice actors, or a mix of both. Without getting into much detail, the game does place you in the role of three separate protagonists. The first of which is Liev, who is a completely irredeemable asshole. Then there’s Raven who is “fine”, but is a rather blank canvas. And finally there’s Sam Walker, a civilian who suffers from sort of disease riddled with hallucinations that merely exist for cheap scares at the expense of player rather than addressing anything meaningful. All in all, the characters are forgettable when the credits begin to roll, as is the story.

Daymare: 1998 is a bit of a slog to make it through, but you’ll find 8 to 10 hours of gameplay here, depending on the difficulty. There’s two difficulties to choose from: Daymare and Beginner. Daymare is the difficulty that the developers recommend, and Beginner is the difficulty that the developers make fun of you for choosing. It’s written with late 90s schlock that I can’t help but wonder if this is actually intended. Either way, both will actually provide a solid challenge. The game’s five chapters are densely packed. The places you go take you from an underground base to a foggy town, a hospital, and even city streets. It’s all familiar territory, but with its own spin on things for the town of Keen Sight, perhaps one of the weirdest video game city names yet. The game features regular checkpoints, and manual save locations that doesn’t ever feel too sparse. You always feel like you’re picking up without having to redo too much. Pop culture references are rampant here. One of the first characters you meet is named Al Powell. Later you’ll find an in-game letter from Shinji M. Then there’s lots of in-game artwork that spoofs movies like Scream and games like Half-Life 3. Sometimes there’s graffiti tags that callback Escape from LA. It’s all done in earnest, and is basically just one big homage to this era that I can appreciate, even if it sometimes feels like an easy thing to populate your game with.

While the zombies look grotesque and move well, literally any other human character you play as or talk to looks absolutely awful. The Unreal Engine 4 does some great work at making the environments look their best with lighting and shadows, but everything else looks like budget horror. Zombies feature dismemberment, and is a great visual indicator that they won’t be a threat to you any longer. There’s a genuine eerie and creepy feel to the game. Though I’ll say Daymare: 1998 relies too much on jump scares and blind corners. It was only until the final boss fight where things felt harrowing and I didn’t have much of a chance to win. The game features a lot of familiar mechanics, such as combining and using items from your inventory, and solving puzzles. Beware, there’s a potential to overdose on a few combinations if you’re not careful. Puzzles are a highlight in the game, as they require some thinking, even if they don’t always make logical sense. The ones that stumped me the most were the most inventive. There’s a hacking mini-game that’s timing based, but doesn’t waste your time getting to the good items, so long as you have the inventory item to attempt it. The HUD for accessing the inventory, notes, and more is neat, but wholly unnecessary and superfluous.

There’s a lot of game time dedicated to shooting, and it doesn’t feel great. Shooting a bullet from any gun you’re in possession of feels off, and even delayed. It’s like playing a multiplayer game with a 100ms ping. That said, there’s some neat ideas regarding ammo and magazine usage. While it’s limited, you’ll have multiple magazines, and can either do one of two reloads: a quick reload will toss the expended clip onto the ground to be picked up, or holding reload so that you do it more slowly and more carefully. When ammo is at a premium in a game like this, it’s weird that the game would ask that you waste ammo on collectibles, or on hallucinations with a certain character. The sound design is to be commended, as it registers a different sound effect whether you are at. For instance, if you’re outside, the shots reverberate. When you’re inside, the shots are much louder. But when sound is the best thing I can say about the shooting, there’s a bit of a problem. 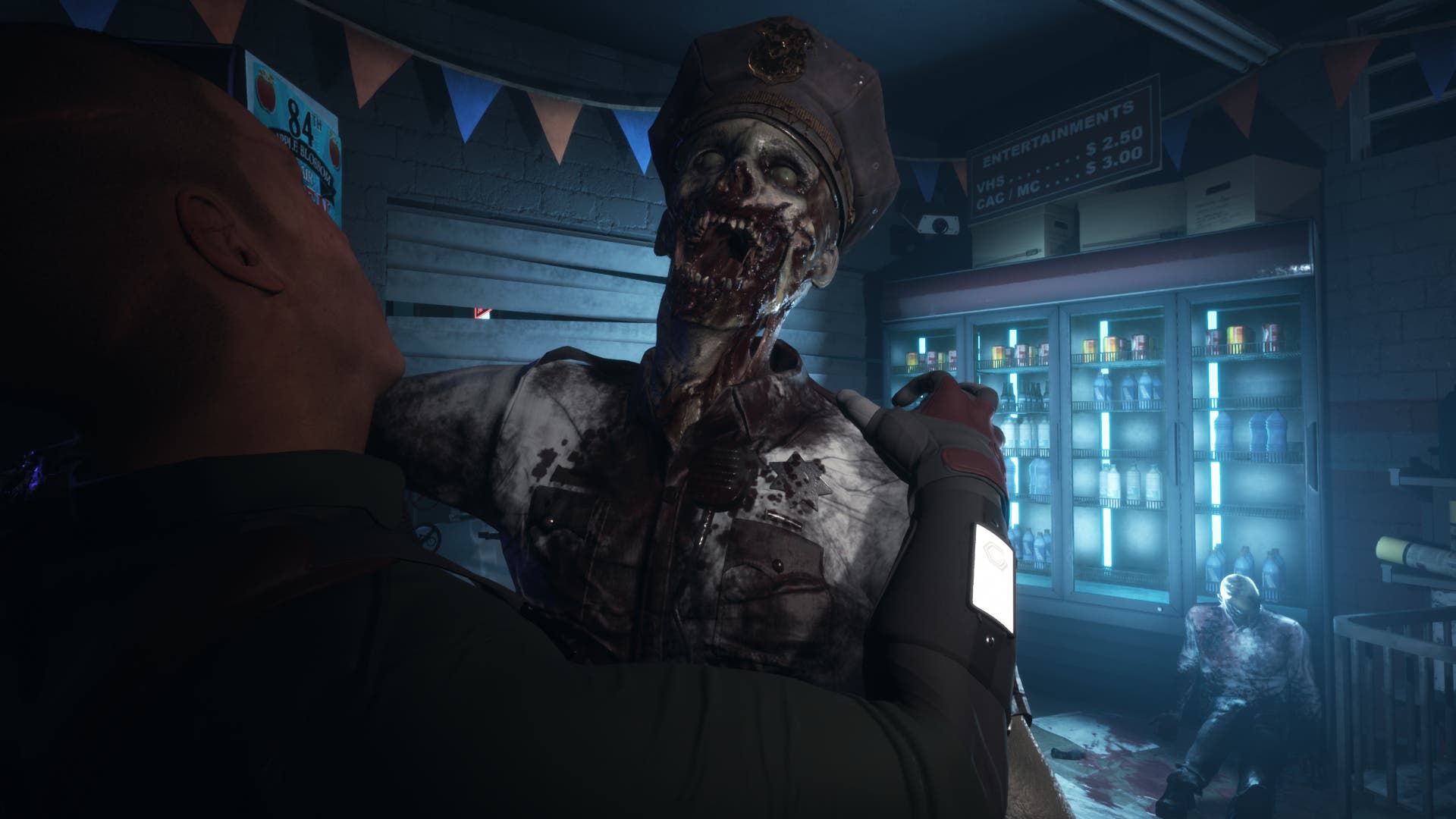 I like what Invader Studios is trying to do here, but if the actual Resident Evil 2 remaster didn’t exist, this could’ve filled that gap more substantially. But Resident Evil 2 this is not, no matter how hard it tries. There’s a fundamental and unacceptable lack of polish here. Daymare: 1998 is mostly just unimaginative and unfun, and for a game that is primarily a shooter, it doesn’t even do that well enough. I’m trying to think of a place for Daymare: 1998, and while it certainly has one in survival-horror, it’s going to be mostly at the bottom.