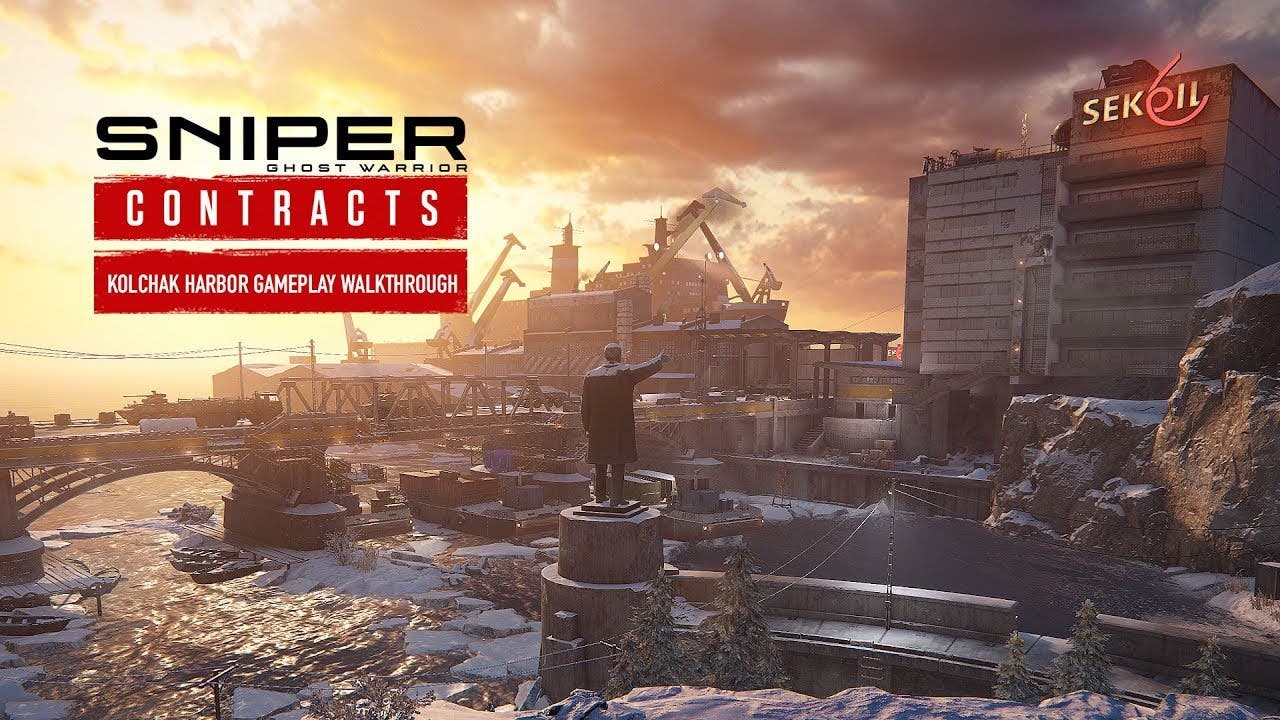 WARSAW, Poland (September 26, 2019) — Last month, Gamescom attendees got an opportunity to go hands-on with Sniper Ghost Warrior Contracts, experiencing the new Contracts system. Today, to give players at home a look behind the snowy veil, developer CI Games has released an uninterrupted walkthrough of the Gamescom gameplay demo. Additionally, the studio is sharing samples from the game’s soundtrack, which is being made by the award-winning composer that shaped the music of Sniper Ghost Warrior 3.

This walkthrough trailer focuses on Kolchak Harbor, one of five unique regions, each serving as a sniper’s tactical paradise where players can confront emergent combat encounters that will never be the same twice. Sniper Ghost Warrior Contracts is a return to form for the series and introduces the Dynamic Reticle System, empowering players as they adjust for ballistics and atmospheric conditions to line up crucial shots. A prime example of how Contracts will continue to provide the best-in-class sniping experience the series is known for.

This detailed walkthrough introduces players to the fresh gameplay rhythm and other new tools at their disposal, like Scout Drones and the Augmented Reality Mask. For those who weren’t able to attend Gamescom, this will be a strong introduction to Sniper Ghost Warrior Contracts’ new and more focused gameplay flow. It features over 20 contracts across the five regions, with those spaces acting as sandboxes filled with side-objectives and tasks to uncover.

When it comes to the music in Sniper Ghost Warrior Contracts, a familiar face will be crafting your sniper symphony. Mikolai Stroinski, the composer behind Sniper Ghost Warrior 3, The Vanishing of Ethan Carter, and The Witcher 3: Wild Hunt along with the Blood and Wine DLC is returning for Contracts. To celebrate this, CI Games is releasing a few snippets from the game’s official soundtrack. On the official YouTube channel, you can listen to bits of “Frost”, “Contracts Menu” and “I Look Forward To Working With You.”

“This is just a sample of Mikolai’s work,” says CI Games CEO Marek Tymiński. “Work that has earned him awards and nominations at The Game Awards, DICE Awards, GDC Awards, Hollywood Music in Media Awards, Digital Dragons, and more. We’re excited and honored to be working with Mikolai again as he brings the Sniper Ghost Warrior Contracts experience to life through his compelling compositions.”