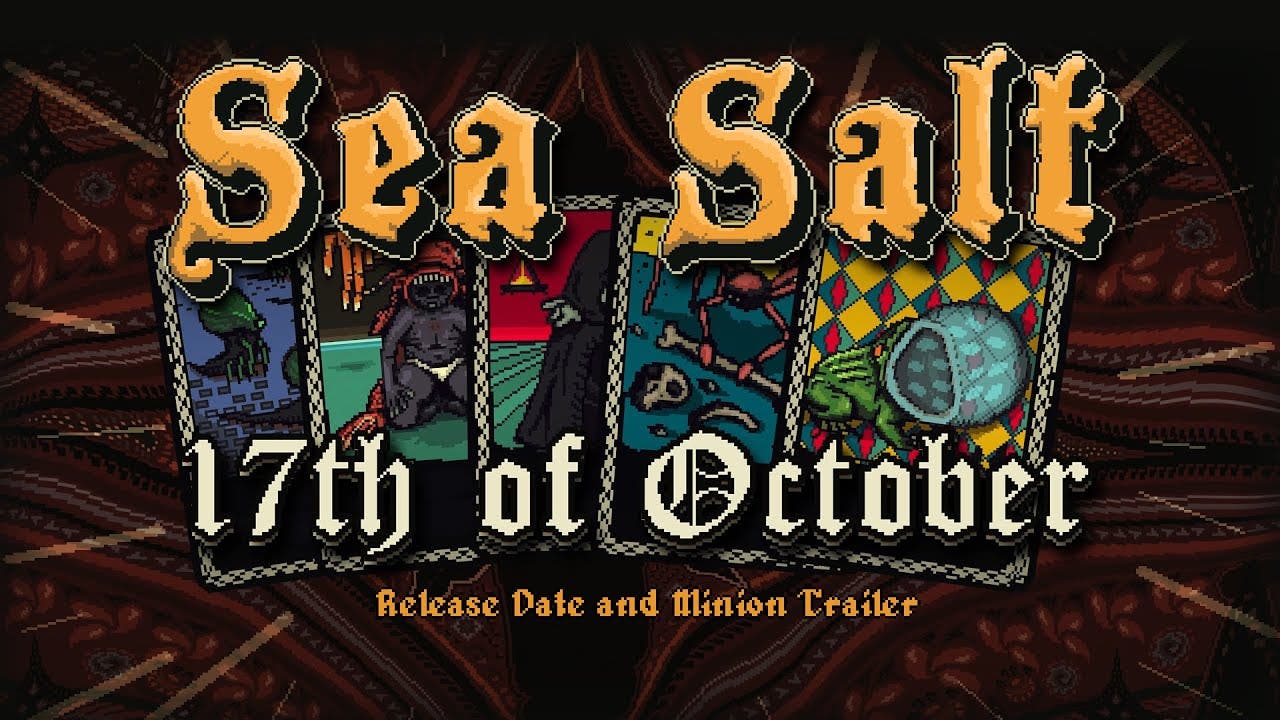 Sea Salt from YCJY games is a strategy-action hybrid coming October 17th to Steam, Switch, and Xbox One

GÖTEBORG, OCTOBER 1st, 2019 – Sea Salt, from the swedish duo YCJY games, is launching on October 17th on Nintendo Switch, Steam and Xbox One right in time for Halloween. In the action strategy hybrid players take the role of Dagon, the old God, the eldritch force of the sea, commanding unfathomable horrors to punish those who dare to defy their will.

In Sea Salt players collect, summon and control an unruly swarm of nightmarish creatures, leading them like a hive mind through a gothic dark fantasy. Fear and the element of surprise will be used as weapons when overcoming wiley hunters and tenacious bosses on the way to claiming the true sacrifice.

In addition to the story campaign Sea Salt includes a ‘Tower Defence’ mode, once again role-reversed so the followers of Dagon are on the attack! The round starts with NPC humans setting up guards and defences around a map, then it’s up to the player to destroy it all for the glory of the Old God. Different maps feature different win conditions and special enemies seen in the story mode.

Sea Salt was originally funded with a successful Kickstarter campaign in April 2018 and is now being funded by Kowloon Nights.