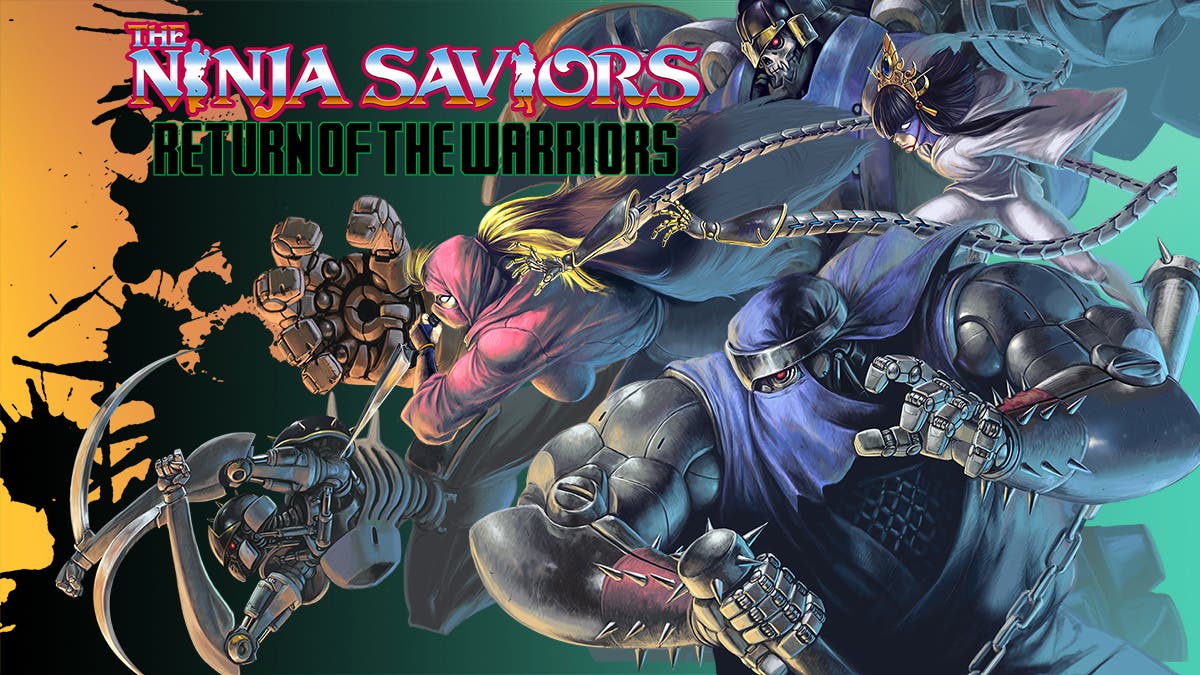 The Ninja Saviors: Return of the Warriors Review

Sometimes a release from the past comes around that totally takes you by surprise. A treasured game that is re-done or re-released for current consoles. Today that game is Ninja Warriors, a SNES game that released back in 1994. So let’s jump right into the side scrolling brawler actions and see if it’s still a ninja kicking good time!

The plot is simple enough, a dystopian society, along with bad guys trying to take over and rule. It’s simple enough and just enough reason to beat thug ass. Taking control of 3 various characters, each with different move sets and abilities, it’s not long before the action starts.

Traditionally this remake of Ninja Warriors plays identical. At least from what my memory serves. As one of the three characters, players move across the screen punching, kicking, and using special attacks or environmental weapons to make enemy fodder. I really enjoy how each character has a completely different feel in not only move sets, but speed and power. As players brawl, a power meter builds up to enable some special moves that the Ninja’s can deploy. Get hit and the bar starts over. It’s a nice system, different from most in the genre. There are also no lives, one live per level. Energy is dropped at times so this isn’t too hard. Only later do the levels get a bit more challenging requiring a bit more finesse in tackling them.

The 8 stages all play out in similar fashion that the genre is known. Here the game does a good job of giving some variety to the levels though. In the form of bosses, environmental attacks, and just weapons that players come across in the level. While the genre can be considered rather repetitive to a lot of players today, the game still comes across as just long enough and varied before I felt it would grow tiring for most.

While this is a re-release, there are a bevy of new additions. Redrawn graphics, 16:9 support, local co-op, online co-op, time trials for each stage. They have even included 2 new characters that can be unlocked to play with. While it might look like the additions are small, its quiet impressive to see a much older title get this kind of support. 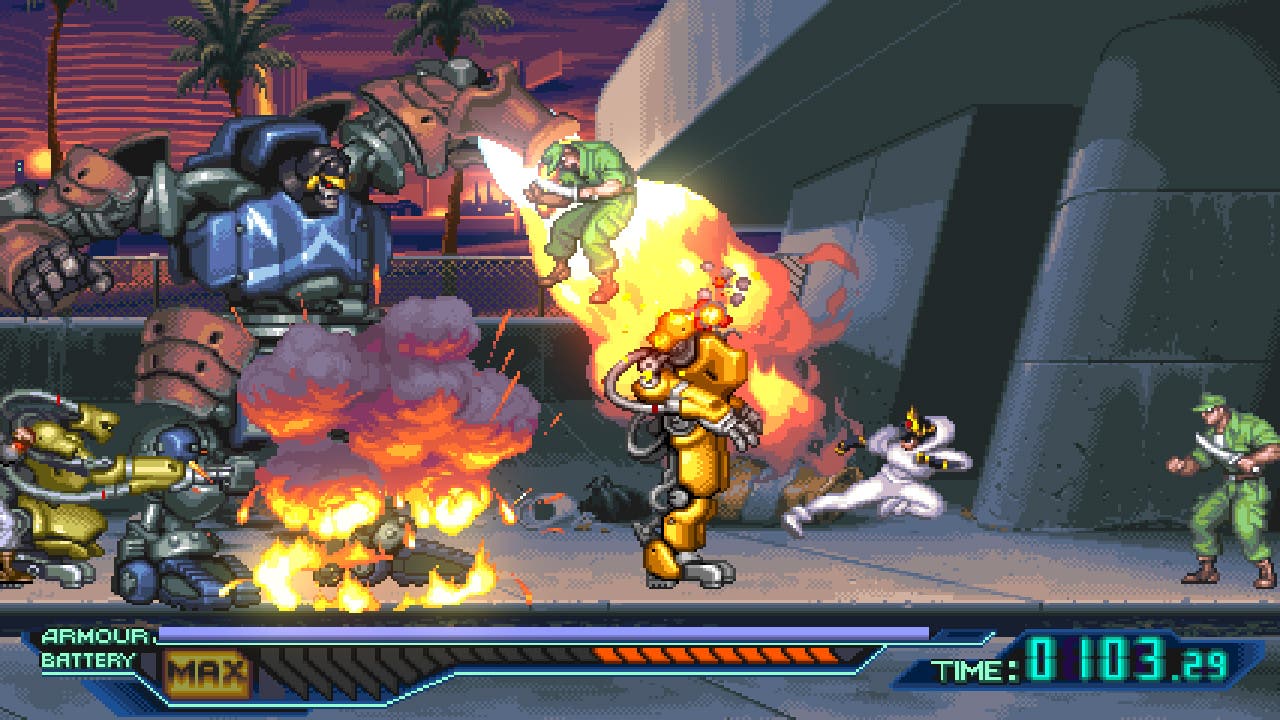 The Ninja Warriors is reborn in this latest installment and I couldn’t be happier. I would have loved to see some new levels or bosses. Maybe even a boss rush mode. Yet I feel like that’s just being greedy. The fact this new release has come with its already added features is a treasure. This was a game I played at the very tail end the SNES life. I recall just thinking it was an amazing arcade like experience transferred to my home console. While it might not have the same impact for players today, it’s great to see it preserved and enhanced. We could all do with more old classics re-vitalized just like this one.