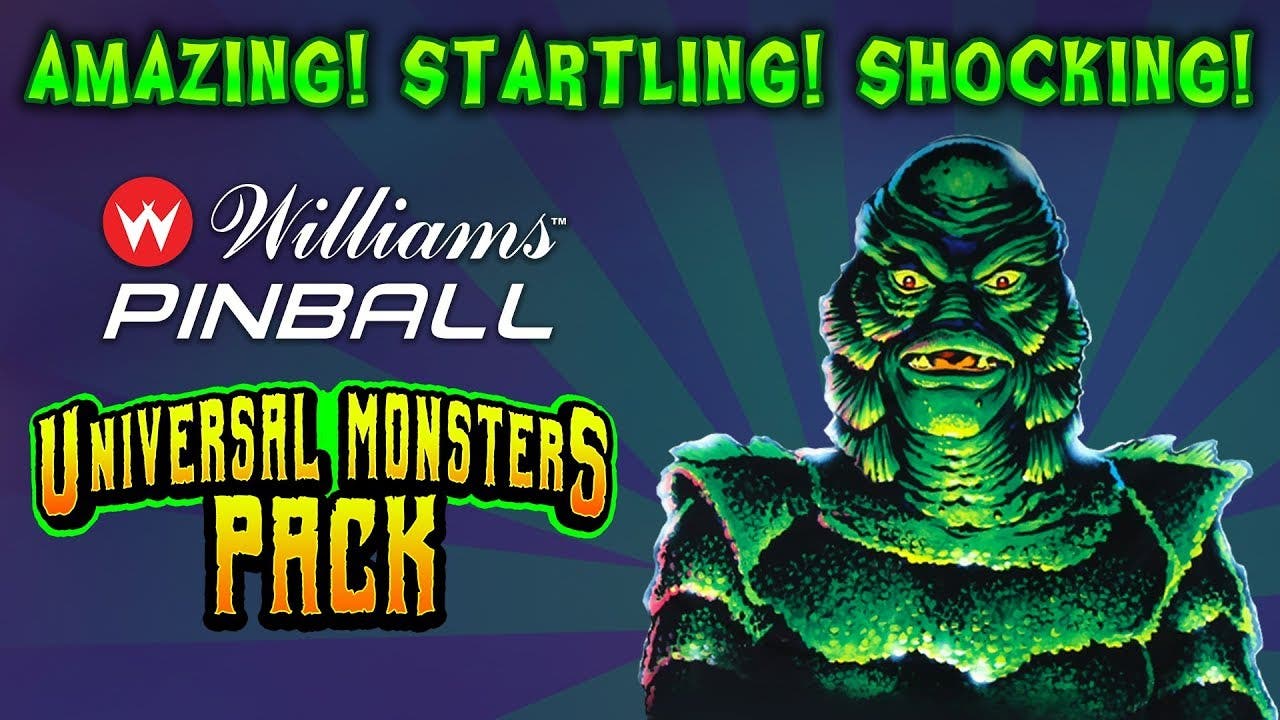 San Francisco, CA – October 16, 2019 – Zen Studios today announced that its ever-growing library of digitized classic Williams and Bally pinball tables will soon expand by two – just in time for Halloween – with the Williams™ Pinball: Universal Monsters Pack. Featuring Monster Bash and Creature from the Black Lagoon, this scary-good two-pack of Pinball FX3 DLC arrives on Tuesday, October 29 for PlayStation 4, Xbox One, Nintendo Switch, Windows 10 and Steam. Mobile users can play through the Williams Pinball app for iOS and Google Play.

Players can reunite the creatures of the night in Monster Bash, and get ready to rock! They can rebuild Frankenstein, dig out The Mummy, unleash a full moon for The Wolf Man, spell out D-R-A-C-U-L-A, lure Creature from the Black Lagoon up from the slimy depths, and get Bride of Frankenstein to wail about her ball and chain.

In Creature from the Black Lagoon, players can experience all the excitement of Universal Studios’ classic monster flick with the fun of a drive-in movie date. Nostalgia meets high-tech pinball wizardry on this table, and the results are breathtaking.

For more information about Williams Pinball: Universal Monsters Pack, visit zenstudios.com and follow them on Twitter at @PinballFX.