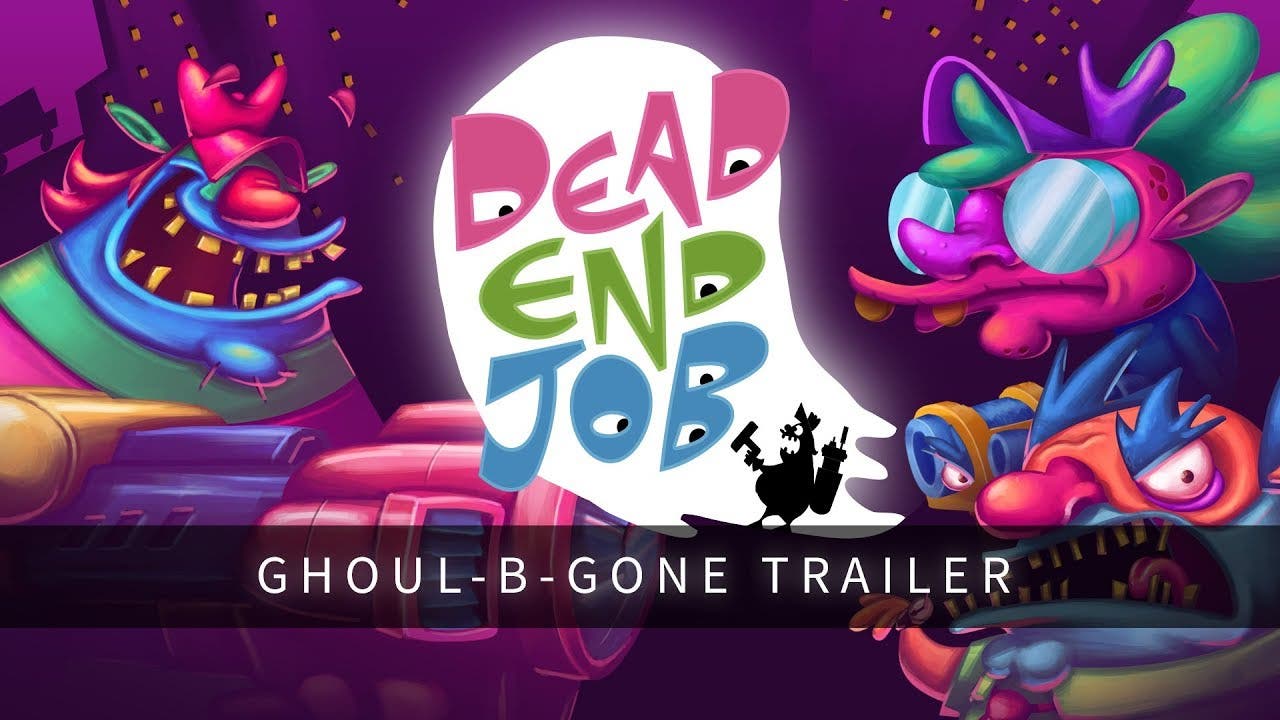 Dead End Job, where bustin’ makes you feel good releases on December 13th on PC, PS4, Xbox One, and Switch

BRING OUT YOUR DEAD! Publisher Headup is thrilled to announce that developer Ant Workshop’s madcap twin-stick shooter Dead End Job is (ghost)busting its way onto PC, Xbox One, PS4, and Nintendo Switch on Friday, the 13th of December — hauntingly appropriate, wouldn’t you agree?

Developed by the former lead level designer on Red Dead Redemption, this insane mash-up of Ren & Stimpy meets Ghostbusters puts you in the ethereal boots of Hector Plasm. As a simple salary-specter, employed with the Number One Experts in Paranormal Pest Control, Ghoul-B-Gone — Hector is tasked with ridding the wacky world of meddlesome spectral interlopers. Tag along with our hero for just another day at the office as he heads all over town to offices overrun by spirits, wraith-infested restaurants, and buildings around the rest of town with his trusty ghost bustin’ vacuum pack and trusty ol’ plasma blaster, putting abhorrent apparitions to rest for GOOD!

Dead End Job is currently available exclusively on Apple Arcade, and will haunt PC, Xbox One, PS4, and Nintendo Switch on December 13!