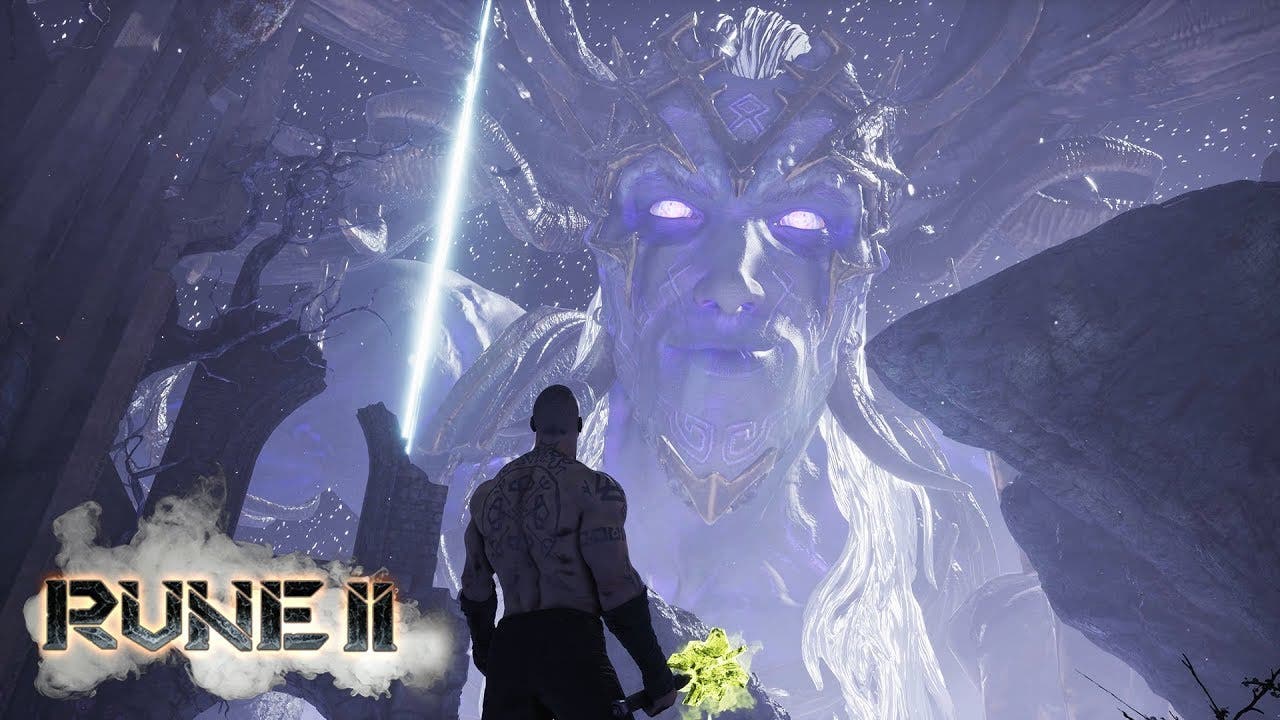 RUNE II sees the return of Loki in the the Viking hack-and-slash RPG, out today on PC via the Epic Games Store

MADISON, WI – NOVEMBER 12, 2019 – Twenty years ago, the classic Viking hack-and-slash that started it all, RUNE, opened its hallowed halls to aspiring warriors around the world. Today Human Head Studios swings open the doors once again as its spiritual successor RUNE II is now available in the Epic Games Store for $29.99. Experience a savage Norse adventure where gods have lost control, undead evils infest the land, and the remaining humans struggle to restore Midgard as the mad Loki smiles at the destruction of a world without end.

Alone or with friends, battle gruesome undead Draugr, vicious beasts, and ferocious giants in brutal melee combat. Explore, craft and fight through a post-apocalyptic world filled with legions of Loki’s minions, precious artifacts to collect, mighty weapons to forge along with eating lizard heads and psychedelic mushrooms for good measure.

Journey through vast lands, build Viking longboats, sail through dangerous waters, and complete quests to please your chosen god in exchange for power to end Loki’s apocalyptic madness. Help end Ragnarok once and for all be invited into the revered halls of Valhalla.

“Our dedicated fanbase has kept Rune alive and we are indebted to them as they are essential partners who have helped us build Rune II. Thank you for those who have stuck with us during this journey of more than 20 years,” said Human Head Studios co-founder and RUNE II project lead Chris Rhinehart. “We set out to build upon the Rune franchise as an homage to the original while adding new elements like modern combat mechanics and Unreal 4’s visual capabilities that we hope will exceed the expectations of today’s gamers.”