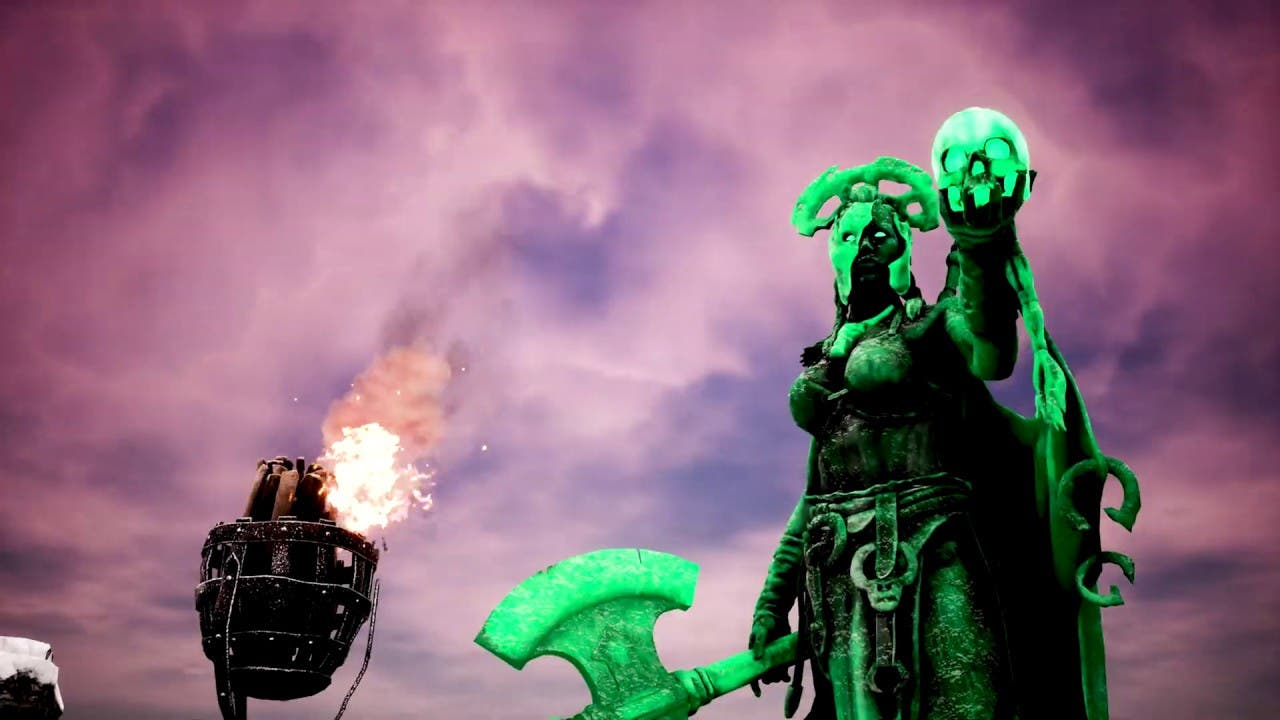 MADISON, WI – September 11, 2019 – Ragnarok approaches! Human Head Studios announced today that its upcoming Viking action RPG RUNE II will be launching worldwide November 12 onto the Epic Games Store. Pre-orders are now live for this intense Viking-inspired saga, where only the bravest warriors will choose to gain access to exclusive weapons, armor, maps, and the game’s soundtrack.

Begin this epic quest by selecting a god with which to align. In the RUNE II ‘God Interaction’ trailer released today, players can learn more about the gods to choose from and the powers they bestow. Will you choose to align with the mighty Thor and call forth the power of his lightning hammer? Or will you pledge your allegiance to the dark Hel to cast a wave of ice spikes to impale your foes? Perhaps summoning a swarm of ravens blessed by Odin to attack and antagonize enemies on the battlefield suits you best? Watch the trailer and decide which deity you will choose.

RUNE II will also begin open beta testing Deathmatch Modes on September 20 through September 22. Join both Deathmatch and Team Deathmatch games where 16 players will battle to see who truly deserves to be in Valhalla. For instant access to the Deathmatch Beta, visit the Epic Games Store RUNE II page to download the Deathmatch demo and follow the official RUNE II Twitter for more information.

As Midgard’s chosen savior, kneel atop the Divine Summit to receive a blessing and powerful abilities from the god of your choosing in the endeavor to end Ragnarok. It’s a race against time to prevent the conniving Loki from destroying Midgard as he holds the world in a perpetual state of chaos and destruction. Alone or with friends, you will battle legions of Loki’s minions in brutal melee combat, travel the world collecting rare resources, locate precious artifacts to weaken the Realm Gate and craft the mightiest weapons the Nine Realms have ever seen. Are you powerful enough to take down Loki… or will a new age of darkness begin?