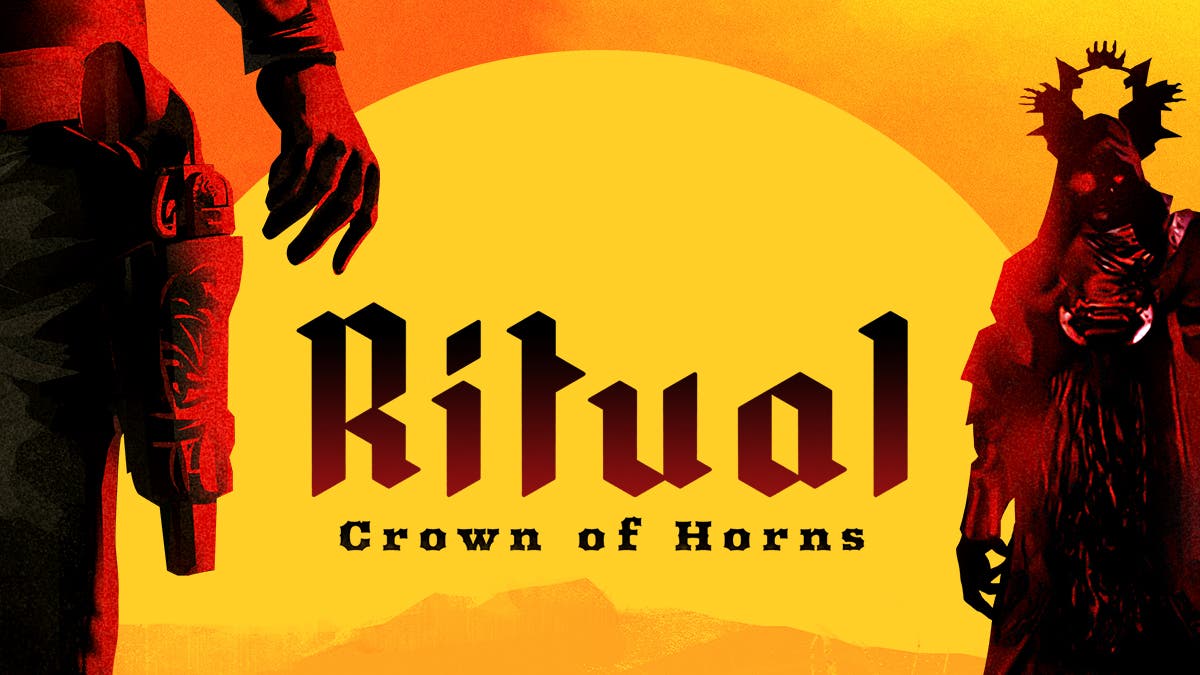 The Wild West and horror are two genre’s I’m extremely into. The idea of the two crossing paths isn’t a new one, but it’s also one we don’t see all too often.  Ritual Crown of Thorns tries to blend the two into a top down action shooter with a lot of challenge. I’d say they succeed overall, but of course like unworldly contract, there is a fine print. 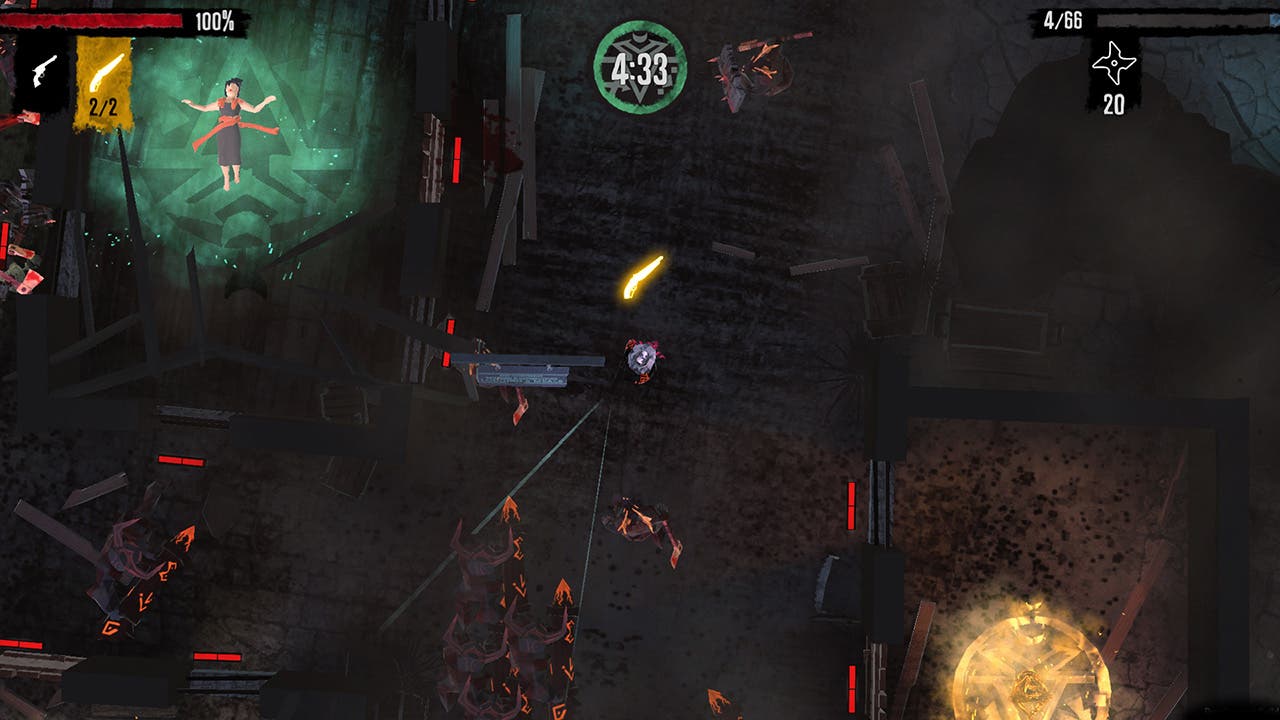 The games main protagonist is the wild type, a bounty hunter. Looking to right the wrongs with bad folks in the world. He gets a job to hunt down a witch and in doing so dies in the process. What is then formed is a bound between him resurrected and witch who he must now protect at all costs. His goal, to discover who was behind these creatures and his killing.

The story here suites the world and narrative well. While dialog is not spoken with voice acting, the story elements work well enough to give character to an otherwise more arcade style game.  The bond between the bounty hunter and witch will grow allowing more powers to be obtained and progression. The bound transcends into the gameplay elements also.

The core gameplay loop, players will be controlling the bounty hunter taking out mobs of enemies that move towards the Witch. All with various weapons and abilities that slowly start to unlock as the game progresses. If the main character dies or the enemies get to the witch, it’s game over.  So in a sense what players have is an experience that feels part tower defense or in this case witch defense and part top down action shooter. It’s an interesting element but it adds to the story line and theme so it makes sense.

Between missions, a hub area is used where interaction between the witch and other elements come into play. This also allows for other levels to be tried if one is too hard. For example, when first getting to the hub, two missions are selectable, with their own maps and story element.  The core gameplay loop still revolves around protecting the witch and knowing how to handle the horde of enemies. It’s not the deepest hook, but surviving until the timer finishes definitely feels super satisfying. Knowing when to use what weapons, abilities, and managing movement is all a part of the experience. 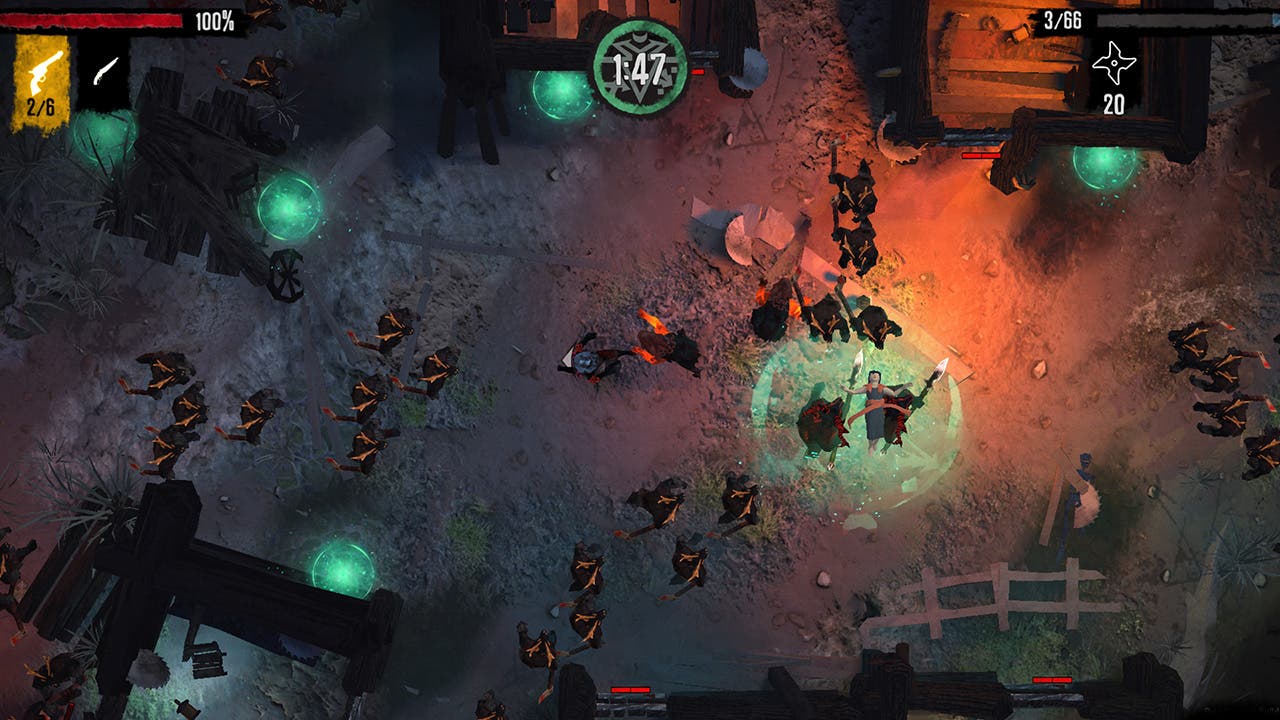 Visually, the game isn’t a looker but it gets the job done. The environments looks typical of an old western style. Dirt brown colors, caverns, etc. The more interesting elements are the monsters and soul effects. This sort of overall feeling really permeates the entire experience really. I’d like to add in that the game is pretty challenging too with me failing many times in a level only to have to try again. It’s definitely got that “one more time” feel going for it though. 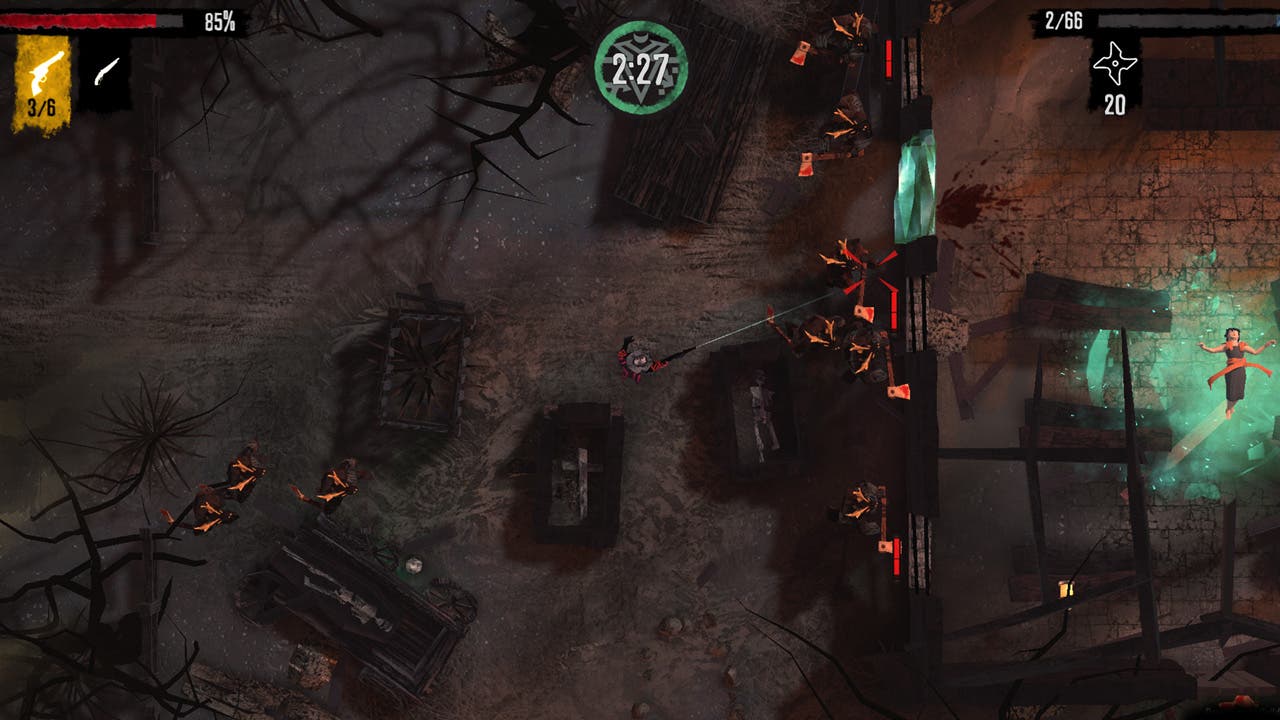 I love a good western game and one with creatures and monsters is even better. I knew little going into Ritual: Crown of Thorns and was probably better off because of it. The name doesn’t exactly resonate well with the theme and I wouldn’t be surprised if people had no idea this was a western game to begin with. Overall, if players are looking for a fun, challenging time, with a great theme, Rituals will be the game to play. It feels a bit more old school in some ways but there is nothing wrong with that. So if a challenging, arcade like, top down shooter sounds enticing, give this undead six shooter a chance.