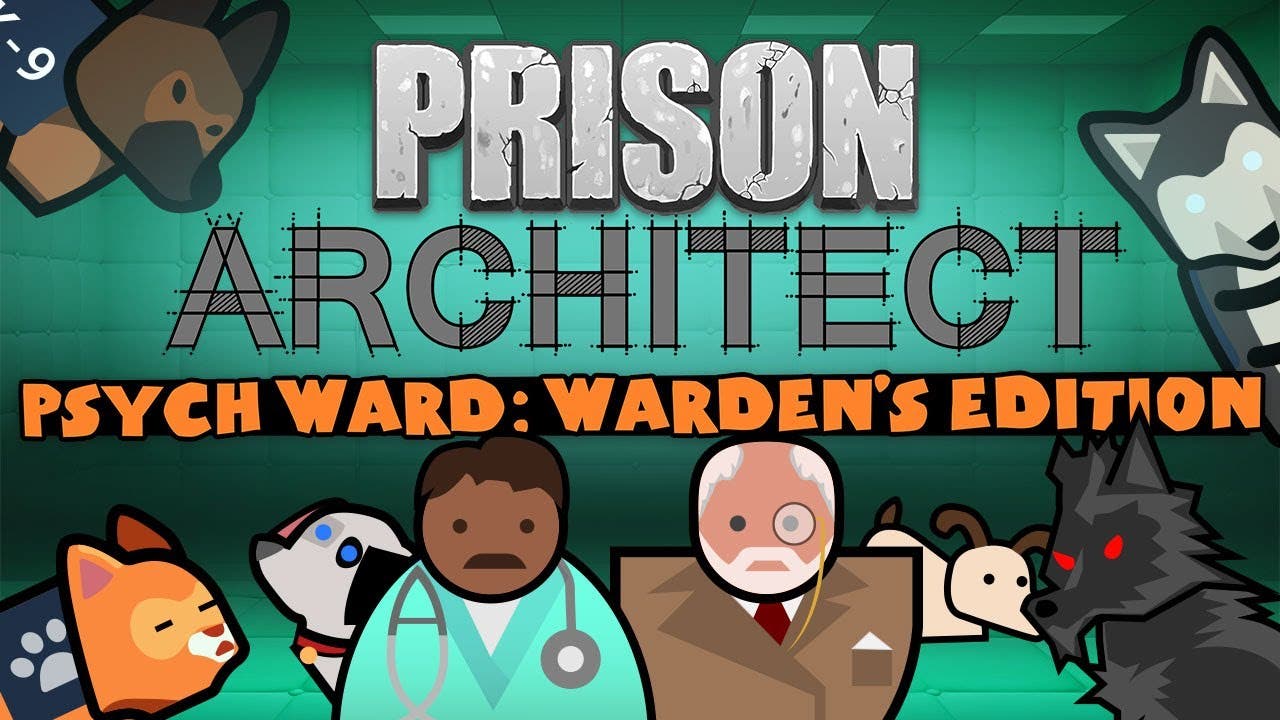 STOCKHOLM — Nov 21, 2019 —  Paradox Interactive and Double Eleven announced today that Prison Architect’s Psych Ward: Warden’s Edition expansion is now available on PC, Mac, and Linux for a suggested retail price of $5.99 / £4.79 / €5.99. This expansion introduces a new type of original and unpredictable inmate, new prisoner behaviors, and enhanced management features to the hit prison simulator. Launching alongside Psych Ward: Warden’s Edition is a free content update which adds extra objects, walls, floors, bridges, and more features to improve the prison-building experience on PC and console. As a bonus for Prison Architect fans, both Psych Ward: Warden’s Edition and the free content update includes additional guard dogs players can use to paw-trol their compounds.

In Psych Ward: Warden’s Edition, the Criminally Insane have arrived with their own unique traits. To house these unpredictable inmates, players can build a dedicated wing with padded cells, hire Psychiatrists with trained Orderlies, develop treatment sessions, and outfit their prisons with right tools to ensure their needs are met. Inmates must be treated with care or they can turn violent, vandalize, or even attempt to escape. Regularly subjecting your regular inmates to harsh conditions can cause them to turn criminally insane.

“Prison Architect has always looked at prison management through the lens of popular prison fiction seen in films and TV. Psych Ward: Warden’s Edition continues that tradition with the introduction of Psych Ward to PC.” Steacy McIlwham, Product Manager for Prison Architect at Paradox Interactive, said. “This expansion features new inmate behavior systems that will make players rethink the way they approach prison management. How players capitalize on these systems is entirely up to them, but their actions can have dire consequences on the inmates’ behaviors.”

Players looking to try Prison Architect for the first time can download the game for free during a Free Weekend on Steam or as part of Microsoft’s Free Play Days starting today through Monday, November 25 or Sunday, November 24 respectively. Prison Architect will be included in Steam’s annual Autumn sale where it will be available for purchase at a 75 percent discount from Thursday, November 21, through Tuesday, December 3.

Psych Ward: Warden’s Edition is the first PC expansion to be released since Paradox acquired the Prison Architect IP and partnered with Double Eleven earlier this year. Another expansion was teased at PDXCON in October and will launch in 2020.

The Shovel free content update for Xbox One and PlayStation 4 adds more variety to the way players enhance their prisons with visitation booths, art deco walls, and more. Players who own Prison Architect on Nintendo Switch will get The Shovel update soon. The Sneezer update for PC includes more prison customization and control options with enhanced prison planning and room cloning. The Sneezer also adds bridges players can use to give inmates and staff new ways to navigate their prison, cross water areas, or the road. The full feature list and update notes for the Sneezer PC free content update can be found here, and the Shovel update for console platforms can be found here.

Paradox Interactive acquired all rights and assets for Prison Architect, a BAFTA award-winning prison management simulator, from Introversion Software in January 2019. In June, Paradox announced that Prison Architect had been downloaded by more than 4 million players across PC, console, and mobile since release.

Head over to the game’s website to learn more about Prison Architect and Psych Ward: Warden’s Edition here.