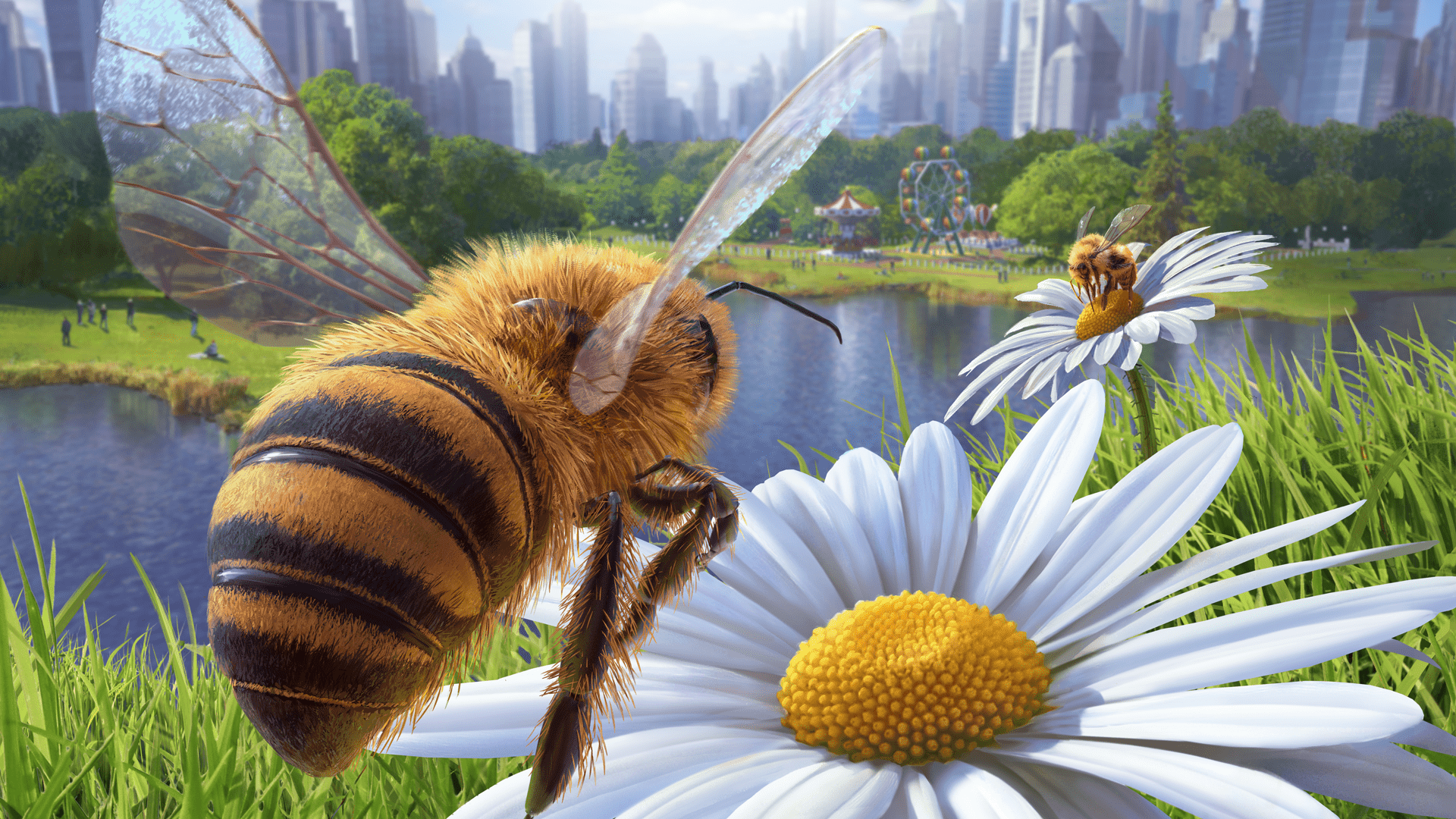 I’ve never been one for simulator games. I prefer more arcade like thrills.  This applies for racing games and other genres. So when I heard about Bee Simulator, I wasn’t sure if this was going to be a parody game much like Goat Simulator, or an actual simulator. Truth is, it’s a little bit of both. Bee Simulator is a fun, unique look at teaching players about bee’s while not being a complete bore.

Bee Simulator plays out like one would expect. Players take on the role of a bee worker that is tasked with a multitude of objectives. Objectives that would “bee” to provide for the hive and queen. Collecting pollen is obviously what bee’s do in order to create honey along with supporting the hive and offspring. So there is a bunch of flying around a hub world that leads to different areas like a park or a zoo. There is a story element here with fellow bee’s talking in English while the humans come off sounding like gibberish, which I found a great comical touch. 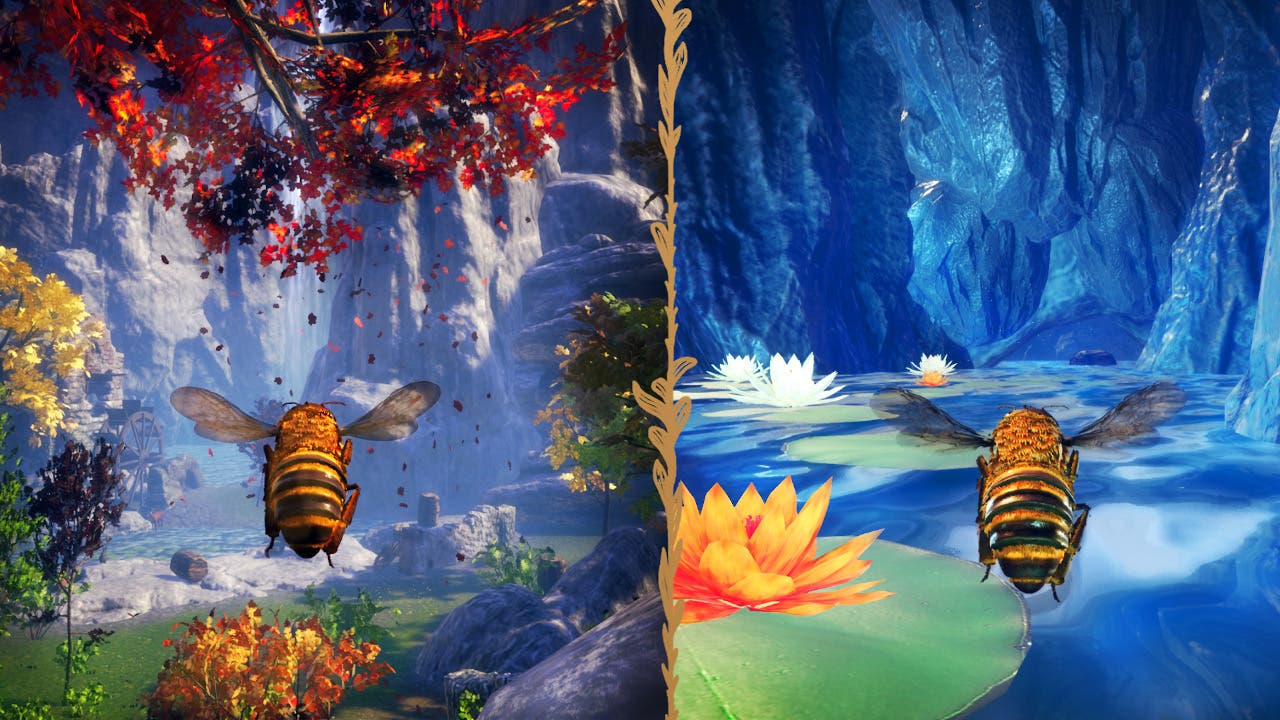 Flying around the world is the main way to get around and for the most part it feels nice to glide and speed up around the environment. Precision movement, especially when doing the races that require timing and speed, things get a little trickier. This lead to a bunch of moments of frustration on what I found was an otherwise very laid back experience. Dancing with other bees comes down to a “simon says” like pattern, repeating direction presses. Fighting comes down to almost a turn based, rhythm like game. It leads to the feeling of a game that feels like a sort of mish mash of mini games. I don’t know if I’d say the offer a ton of fun, but the variety is appreciated.  There is also a main story here involving the hive, humans, and other weather like elements in preparation for colony. It’s simple but suitable for a game around bees. The fact there is a narrative at all is interesting as I didn’t expect it. 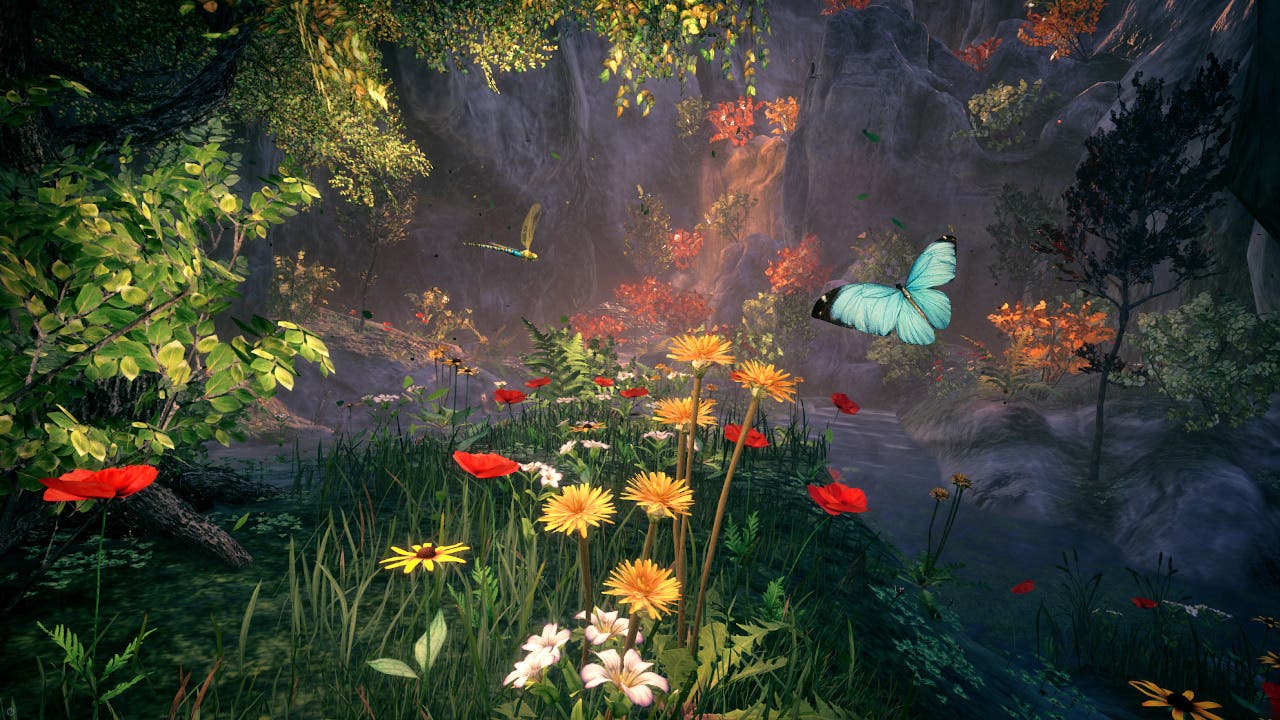 The visuals on the game sync up well to the idea of playing from a bee’s perspective. The world looks colorful and vibrant. While the various animals look decent, the humans look a bit silly and not nearly as detailed. If sacrifices had to be made, I understand why the humans got the shaft. The bee’s and the outside would look great, especially the inside of the hive. The difference in visuals between the Xbox One version and the Switch version are noticeable, but the style remains regardless of textures and resolution. 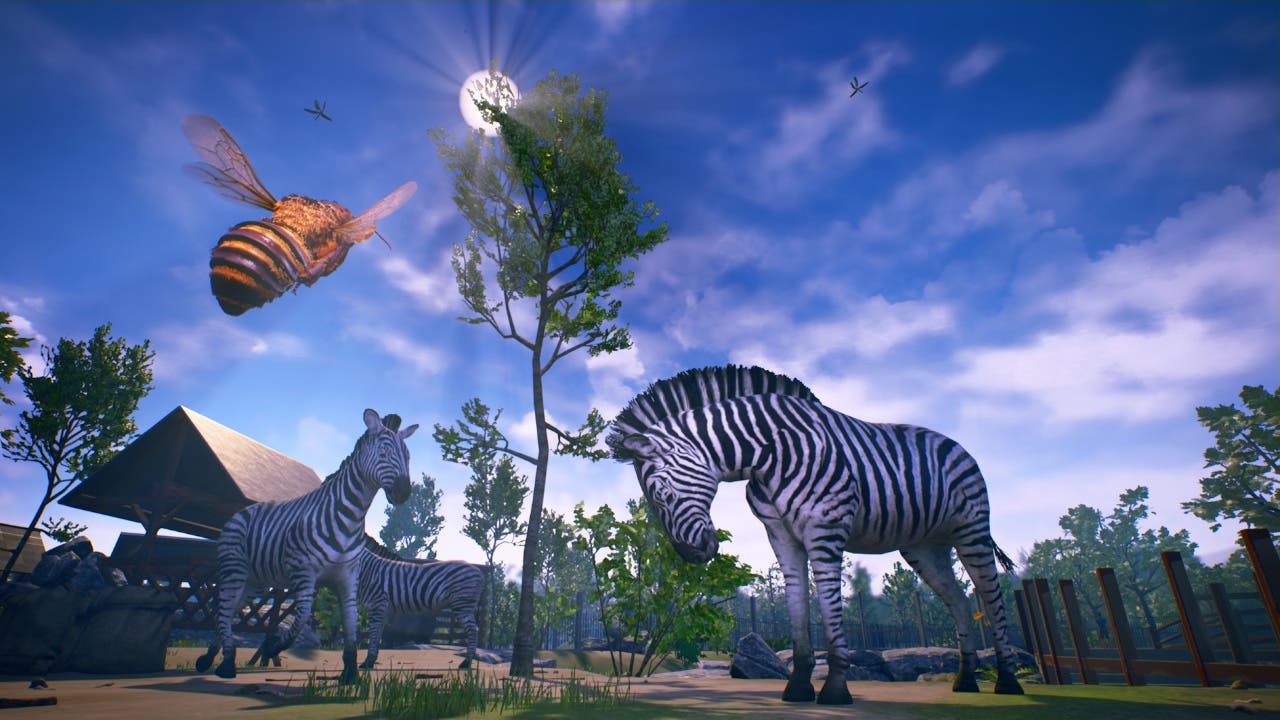 The best part about Bee Simulator is just how unique of a concept it is. The game has a definite sense of style and by that I mean, it feels like the player is truly in the world we know but so much smaller. Running around and popping balloons with my stinger gave me the best sort of smile every time. The game also teaches players about bee’s and other interesting facts making this a game for the entire family. I don’t think Bee Simulator is going to blow anyone away, but at the same time I can see a lot of families and kids really enjoying this one. It’s just a simple, smile inducing title that stands out unique enough to give players something different to experience.