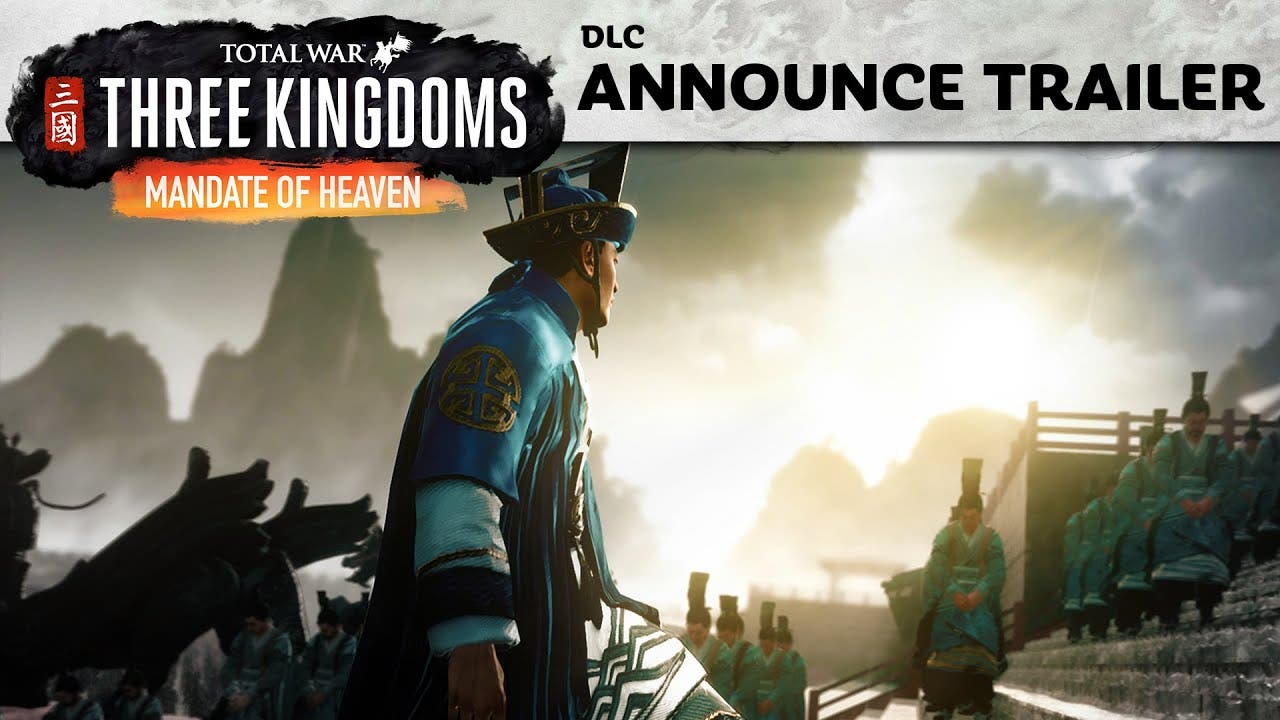 It is Winter 182CE, and discontent stirs through the Han Dynasty. Famine, plague and taxation have driven the people of the Empire to desperation. In the West, three brothers speak of a time to come, a time without the Han Empire, a time of rebellion – and their followers flock to them, like water along a river. Yet, in these dark times, a dim light shines, there are those who seek to bring peace to the land, to end this time of suffering and save the ancient dynasty from collapse. From these heroes, Three Kingdoms shall arise…

Out January 16th, Mandate of Heaven is the massive forthcoming chapter Pack for Total War: THREE KINGDOMS. Focusing on the tumultuous events prior to the base-game campaign where discontent surrounds Emperor Liang as he deals with an administrative power-struggle as well as the ravaging Yellow Turban tribes who threaten his dynasty.

With eleven playable new and existing factions, nine unique characters, and over forty units – including a range of siege machinery and battlefield deployables – Mandate of Heaven allows THREE KINGDOMS players to wage war on an unprecedented scale. In a Total War first, Mandate of Heaven also features an evolving campaign which grants the ability to play through the prequel campaign directly into the base game setting, meaning players can forge an empire across two momentous periods within Chinese history.

The new chapter pack will also include a free content update for all THREE KINGDOMS players. Details on Mandate of Heaven and the FLC can be found on the total war FAQ here.

Click here to pre-order Mandate of Heaven and receive 10% off.