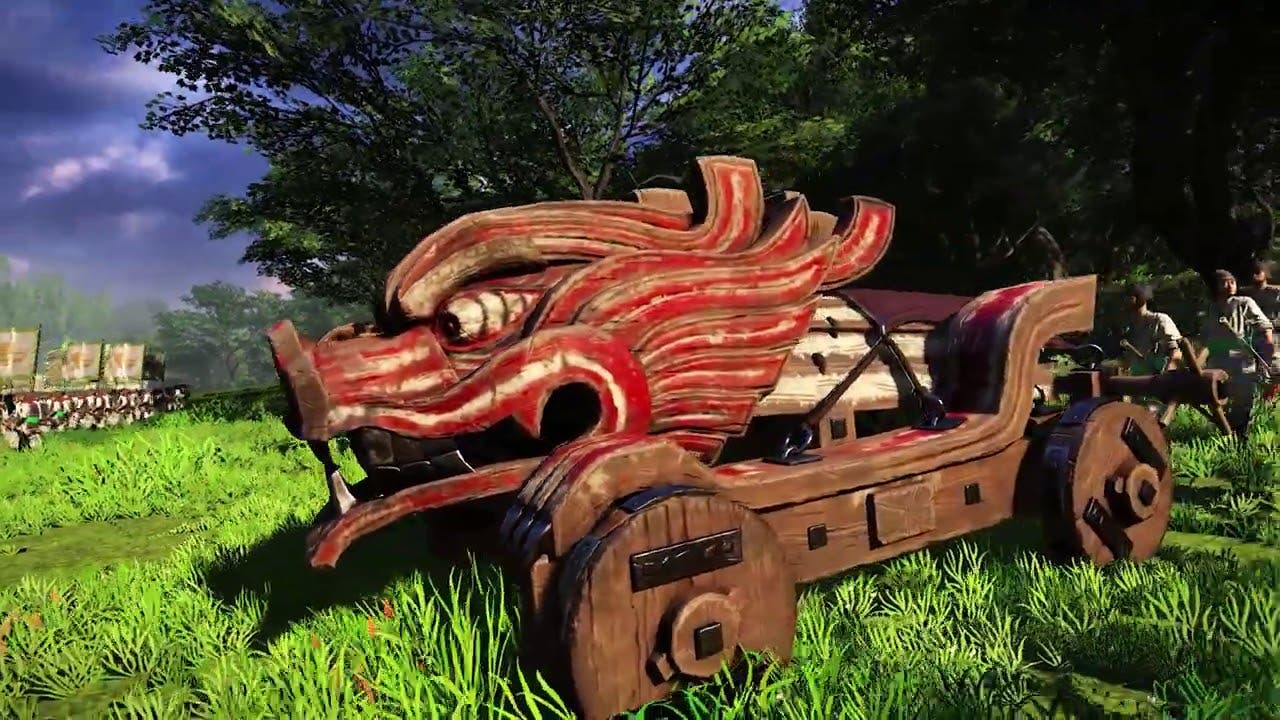 Command the might of the Southern tribes, all while exploring new areas of the Total War: THREE KINGDOMS map. Can you unify the tribes and take on the mighty Han, or will the unrelenting jungles reclaim your crumbling ambitions?

A New Culture Rises; The Nanman

THE FURIOUS WILD introduces four new warlords from the Nanman tribes as playable factions within the THREE KINGDOMS campaign. Featuring Meng Huo, Lady Zhurong, King Mulu and King Shamoke, each of these peerless warriors have unique story arcs, mechanics, victory conditions, and units to experience. Separated they are vulnerable, but together, they might just be unstoppable.

With the might of the tribes and nature at their fingertips, the Nanman force back the unrelating expansion of the Han Empire with a host of unique units available for recruitment. From Elephant Riders and Tiger Warriors to the Followers of Flame & the Shields of the South, THE FURIOUS WILD represents a truly unique addition to warfare in ancient China.

All players of THREE KINGDOMS will be able to gain access to a brand-new character in the form of Shi Xie. This influential member of the imperial government sits far from the imperial capital and has learnt how to make the most of the power he exerts in his remote province, manipulating Han and Nanman alike to increase his reach.

The Furious Wild also welcomes in the next update for all THREE KINGDOMS players. Patch 1.6 grants access to several new features including gate battles, flame-firing Juggernaut artillery, a front-end rework and much more. Additional details on the accompanying patch can be found here.

Get the expansion on Steam: https://store.steampowered.com/app/1299591/Total_War_THREE_KINGDOMS__The_Furious_Wild/