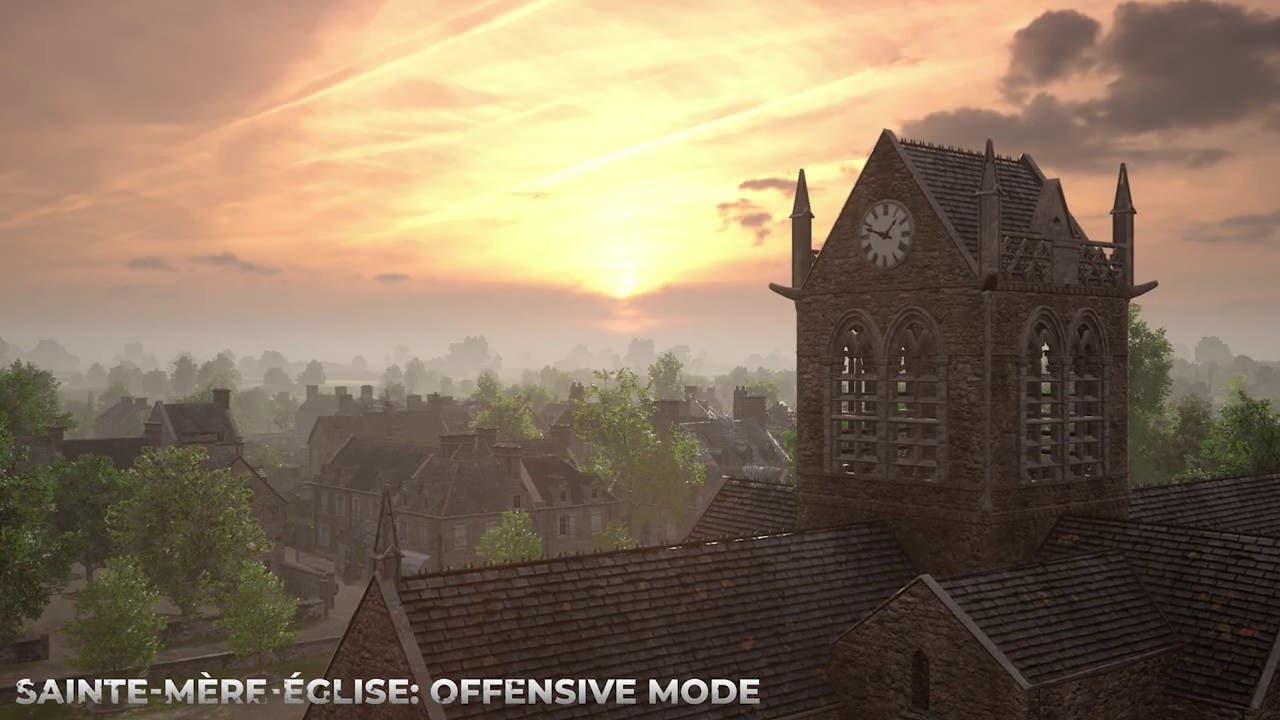 Thursday, 19th December 2019– Team17 and Black Matter have today launched the latest free update for the 50 vs 50 World War II shooter, Hell Let Loose. Players of the game, which is currently in Steam Early Access, can now enjoy a brand new map – the semi-urban Sainte-Mère-Église – and an overhaul of an existing map, the wintery forests of Foy. The new-look Foy map also includes the option to experience gritty and hectic battles in ‘Offensive’ mode, as well as authentically recreated winter uniforms.

As one of the first towns liberated by Allied forces after D-Day, Sainte-Mère-Église was the scene of fierce close quarters combat, which is expected to be replicated in Hell Let Loose as both sides vie to secure key ground and strongpoints. The town’s tight roads and streets enables house-to-house fighting, the garrisoning of churches and other buildings, and the creation of deadly choke points. Featuring both ‘Offensive’ and ‘Warfare’ modes, the latest map brings a tense and claustrophobic experience to the Hell Let Loose battlefield.

The overhaul of Hell Let Loose’s existing Foy map – which coincides with the 75th anniversary of the Battle of the Bulge, of which the fighting in Foy was a part – includes new gameplay and visuals, including different weather and lighting conditions. ‘Offensive’ mode also makes its Foy debut in today’s update, furthering the depth of strategy required by both sides in order to win. The introduction of new vegetation and snow drifts in the map broadens the strategies available to both sides, including the ability to hold wide angles and provides cover when players find themselves out in the open.