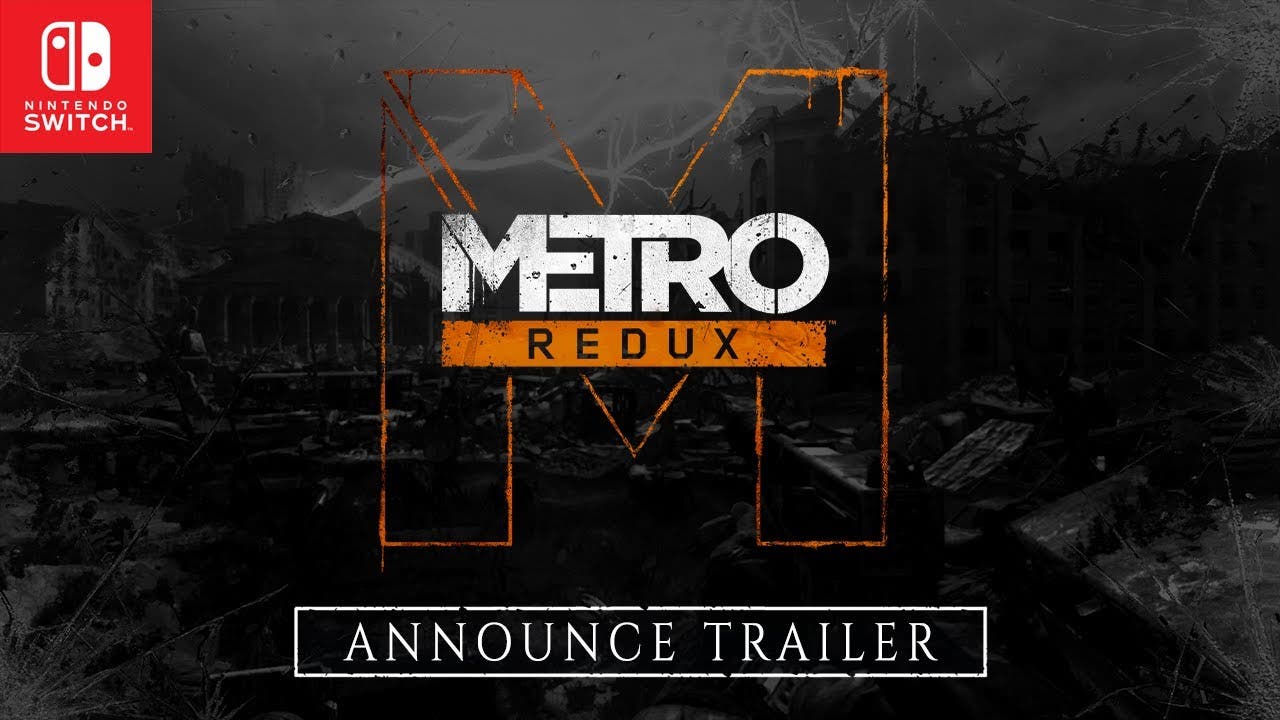 Metro Redux, containing both Metro 2033 and Metro: Last Light is coming to the Switch on February 28th

LARKSPUR, Calif. (Jan 16, 2020) – Deep Silver and developer 4A Games are proud to announce that Metro Redux will release on Nintendo Switch™ on Feb 28, 2020.  Metro Redux is the ultimate two-game collection including the definitive versions of both Metro 2033 and Metro: Last Light. Metro Redux will immerse players into one of the most atmospheric worlds in gaming fully brought to life on the Nintendo Switch.

Metro Redux contains all of Metro: Last Light’s single player DLC offering a further 10 hours of bonus content beyond the base game. Players can experience life in the Moscow Metro through two unique play styles – use the “Survival” play style to approach the campaign as a slow burn survival horror. Or tackle it with the combat skills of a Ranger with the “Spartan” play style.

Purchasers of the retail boxed edition of Metro Redux will find both games and all DLC on one cart with no additional download required. The ‘Ranger Cache Pre-order Pack’ is available at select retailers and contains a Metro Redux pin badge set, game case sleeve, double-sided alternate artwork inlay, four double sided art cards and a full color Metro poster. Those who prefer digital copies can purchase Metro 2033 and Metro: Last Light individually from the Nintendo e-Shop.

The retail version of Metro Redux for the Nintendo Switch will launch on Feb 28, 2020 with a MSRP of $49.99. Metro 2033 and Metro: Last Light can be purchased individually through the Nintendo eShop for $24.99 per title. The ‘Ranger Cache Pre-order Pack’ is available for purchase exclusively at GameStop for $49.99.

Pre-order and retail information can be found here: https://www.metrothegame.com/en-us/metro-redux-nintendo-switch

About the Metro series:

In 2013 the world was devastated by an apocalyptic event, annihilating almost all mankind and turning the earth’s surface into a poisonous wasteland. A handful of survivors took refuge in the depths of the Moscow underground, and human civilization entered a new Dark Age.

The year is 2033. An entire generation has been born and raised underground, and their besieged Metro Station-Cities struggle for survival, with each other, and the mutant horrors that await outside. You are Artyom, born in the last days before the fire, but raised underground. Having never ventured beyond the city limits, one fateful event sparks a desperate mission to the heart of the Metro system, to warn the remnants of mankind of a terrible impending threat.

But will they even listen? Rather than stand united, the factions of the Metro are locked in a struggle for the ultimate power, a doomsday device from the military vaults of D6. A civil war is stirring that could wipe humanity from the face of the earth forever.