Descenders receives FREE update adding Bike Parks, and is on a Free Weekend with 40% off 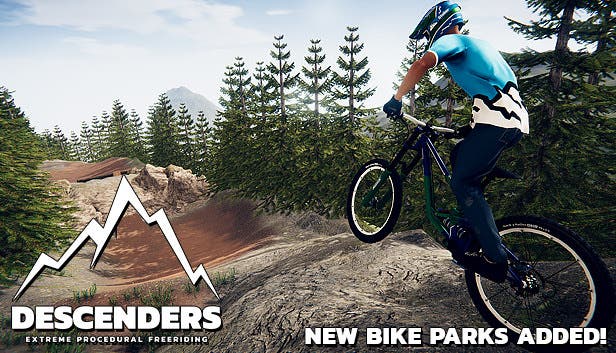 Hey folks, we’ve got two REALLY exciting things to let you know about!

Firstly, DESCENDERS IS FREE TO PLAY RIGHT NOW AND THROUGH THE WEEKEND!

If you’ve been looking for a reason to jump in and play or want to get your friends involved, now is the time! If you happen to fall in love with the trails, Descenders will be 40% off now and all weekend!

We’ve noticed you all really like the mod support we added in the previous update – handcrafted trails bring a whole new dimension to Descenders. To jump in on this we decided to add a Bike Park section to the game.
This section holds Rosie’s handcrafted maps (which can be found on mod.io) as well as the immensely popular Stoker Bike Park by Spe. We’re also happy to announce that Spe will be creating more maps much like Stoker, which we’ll add directly to the game on a regular basis.
As getting mods working on console proves to be very hard to do for a small team like ours we’re happy to say that we will be bringing the handcrafted content in the bike park section to all console versions as well.

For Xbox One/PC Game Pass players: the content of this update will be heading your way very soon.

Community
If you want to keep up to date with the known issues and our current plans, don’t forget you can join our Discord.