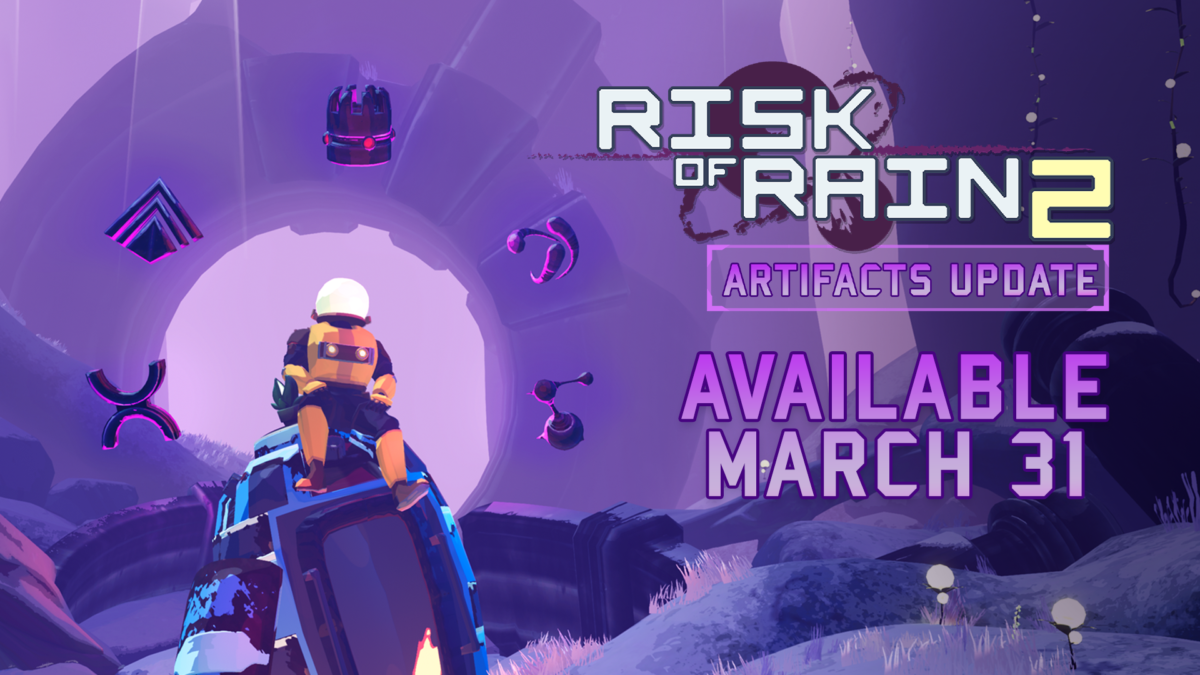 FRISCO, Texas – Mar. 24, 2020 – Hopoo Games and Gearbox Publishing today announced two new updates coming to the hit roguelike Risk of Rain 2. Hidden Realms Update is now available to download for the Xbox One, PlayStation 4, and Nintendo Switch. The Artifacts 2.0 Update for PC will be available on March 31, introducing Artifacts along with a returning stage, monsters, items, and Survivor-specific unlockables. More details on each of these updates can be found below.

In addition to content updates, Risk of Rain 2 will be free to download and play on Xbox One and Xbox One X for Xbox Live Gold and Xbox Game Pass Ultimate members as a part of Microsoft’s Free Play Days on March 26, 12:01AM PT all the way until March 29, 11:59PM. Following Free Play Days, Risk of Rain 2 will be 40% off on the Microsoft store from March 31 to April 6. Also to celebrate Risk of Rain 2’s one year anniversary on Steam, the game will be on sale for 20% off from March 31 to April 6, and playable for free on Steam Free Weekends starting on April 2 through April 6. Nintendo Switch users can get Risk of Rain 2 for 50% off on the Nintendo Switch eShop until April 2.

Press and media can find assets for Risk of Rain 2 here.

Risk of Rain 2, developed by Hopoo Games and published by Gearbox Publishing, is a third-person roguelike shooter that earned over one million sales within its first month in Steam Early Access and  Steam Awards nomination in 2019. Squad up with up to three friends in Risk of Rain 2 on Steam Early Access, Xbox One, PlayStation®4, and Nintendo Switch™ today.