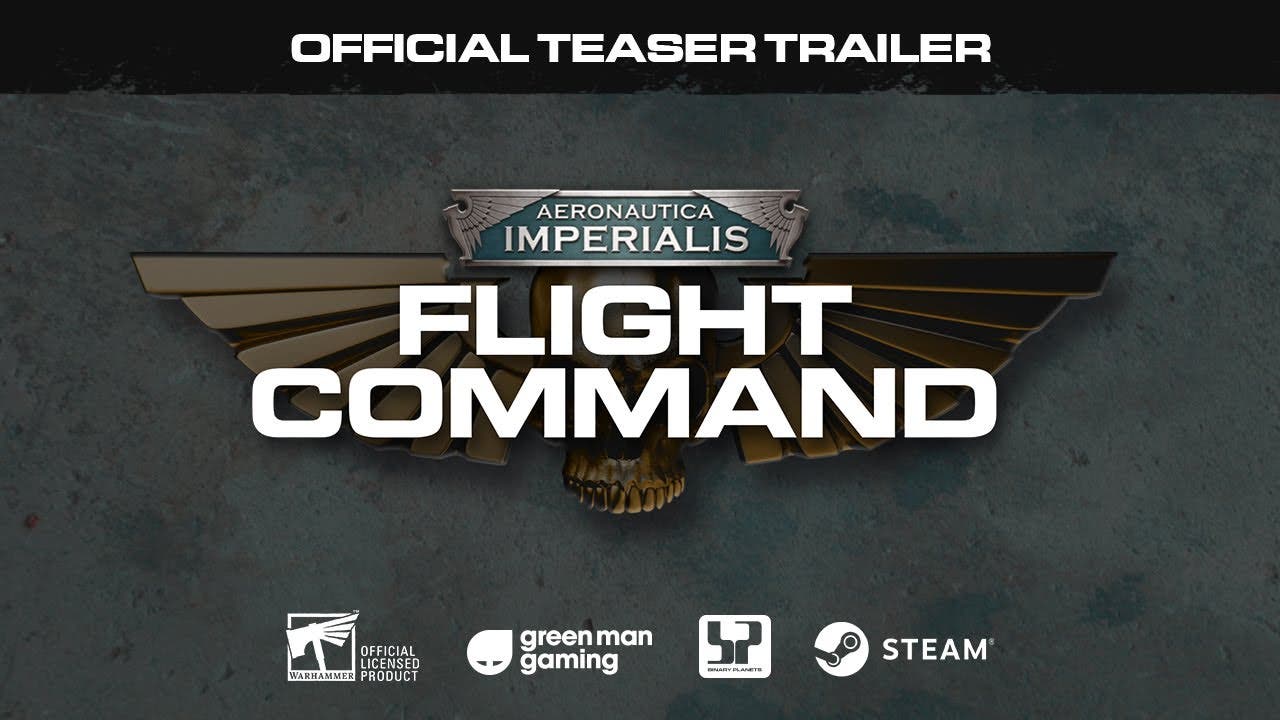 London, UK – 30th March 2020 – Green Man Gaming is thrilled to reveal the latest addition to its line up, Aeronautica Imperialis: Flight Command, set to propel the excitement of the Warhammer 40,000 universe into the stratosphere this May on Steam for PC.

Based on the Games Workshop property of the same name and developed by UK industry veterans Binary Planets; Aeronautica Imperialis: Flight Command casts players as a Flight Commander in the Imperial Navy or a Skwadron Kommanda of the Ork Air Waaagh! as they command Thunderbolts, Marauder Bombers, Fightas and Bommas in lightning fast dog fights & lay waste to ground targets across the galaxy.

Featuring a deep and visually engaging combination of phase-based strategy and atmospheric, cinematic action across a self contained, story based campaign mode with an ever-expanding range of factions all with unique capabilities to turn the tide of battle.

Players will amass a squadron of aircraft with in-depth tactical elements including altitude specialisms, unique pilot maneuvers and a wide array of weapon systems.

“Following the creation of our Digital Partners Programme at the end of last year, we are very proud to now announce our first game under this new system and couldn’t be happier that it’s Games Workshop licenced title” commented Ian McGregor, Chief Marketing Officer for Green Man Gaming. “Games Workshop are worldwide leaders in tabletop miniatures gaming, and the Warhammer 40,000 brand is a supreme testament to that. After 45 years at the top, it’s not surprising that Games Workshop has an incredibly dedicated and enthusiastic fanbase, and we can’t wait to show what we’ve been working on, whilst also welcoming a whole new audience of passionate gamers to this phenomenon.”