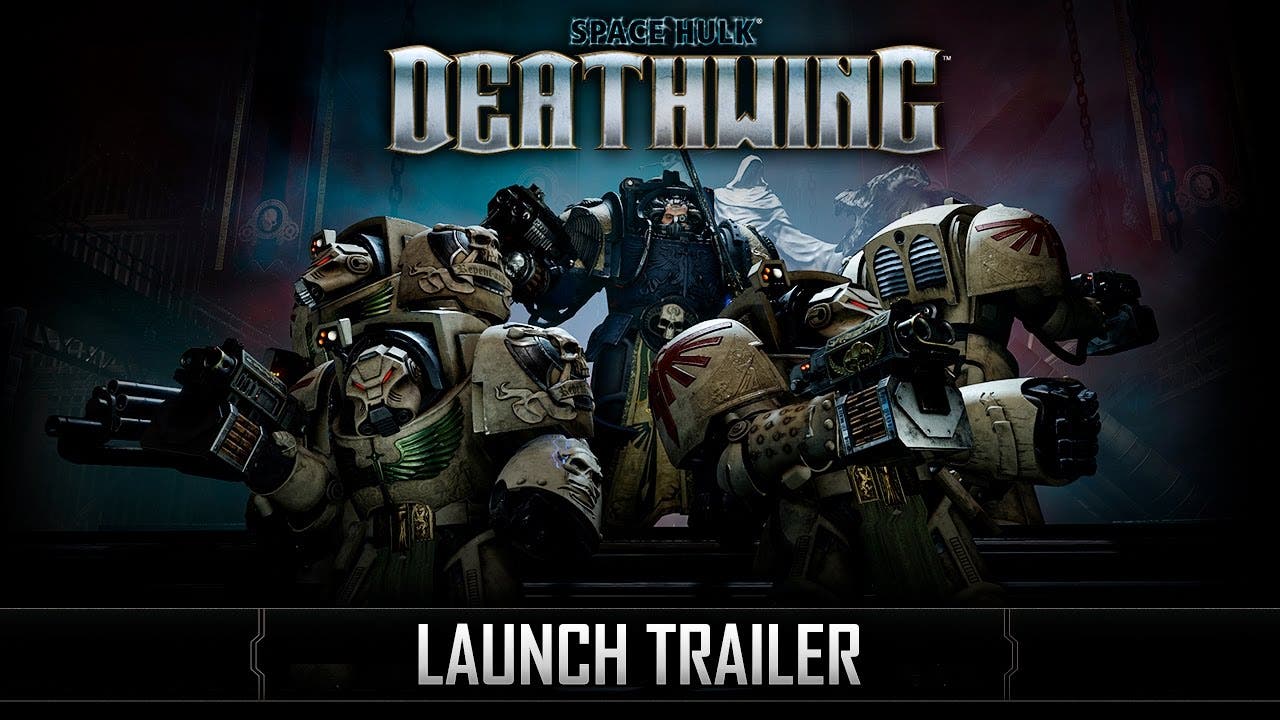 Space Hulk: Deathwing releases December 14th on PC, here’s the launch trailer to coincide with it

Space Hulk: Deathwing, the FPS from Streum On Studio set in the Warhammer 40,000 universe, releases December 14th on PC! The time has come: Under the command of their Librarian, the 1st Company of the Dark Angels prepares to board the gigantic, Genestealer-infested Space deposited in Imperial space by the uncaring tides of the Warp. In today’s Launch Trailer, get a glimpse of the Genestealer swarms you will have to face when you start exploring the Space Hulk on December 14th!

Space Hulk: Deathwing is a first-person shooter based on Games Workshop’s classic Space Hulk boardgame, set in the universe of Warhammer 40,000. Developed in Unreal Engine 4, the game tasks you―in an extensive solo campaign co-written by Black Library author and Dark Angels specialist Gav Thorpe, or a challenging co-op mode up to 4 players―with facing the Genestealer swarms in the depths of a gigantic amalgamation of interstellar debris and wrecked spacecraft know as a Space Hulk. Unlock and equip yourself with the most powerful weaponry available to the Imperium, master destructive Psyker powers, and command your squad mates in battle to defeat the Xenos threat.

Until that date, players can still pre-order the game on Steam to obtain a 15% discount as well as an exclusive in-game weapon, the Lost Mace of Corswain. The game will release on PlayStation 4 and Xbox One in 2017.