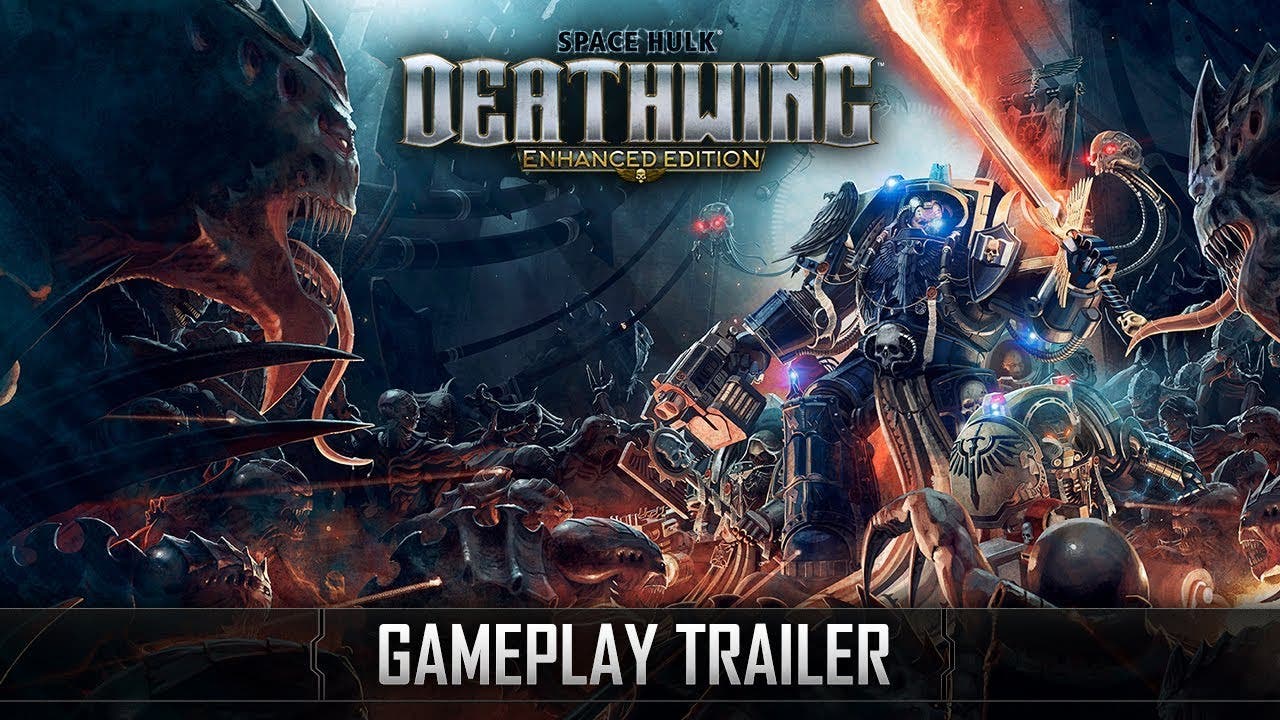 March 23, 2018 – Space Hulk: Deathwing – Enhanced Edition, the FPS from Streum On Studio, set in the Warhammer 40,000 universe, arrives for PlayStation®4 and PC on May 22, 2018. Dive into today’s brand new Gameplay Trailer to celebrate the upcoming release, which brings the game to console for the first time and will be available free for all current owners on PC.

Play as a Space Marine of the Deathwing – the feared 1stCompany of the secretive Dark Angels – and engage in a desperate battle against Genestealers within the confines of a Space Hulk. Grow more powerful, gain skills and abilities, and master devastating weapons as you earn experience. Play solo or in online cooperative multiplayer with up to 4 players. The Enhanced Edition brings a host of new content and upgrades, expanding upon the base game for the ultimate Space Hulk experience:

All aspects of Class Customization are earned entirely in-game, with no microtransactions. Several of the above features have already been made freely available on PC, as part of the game’s ongoing support.