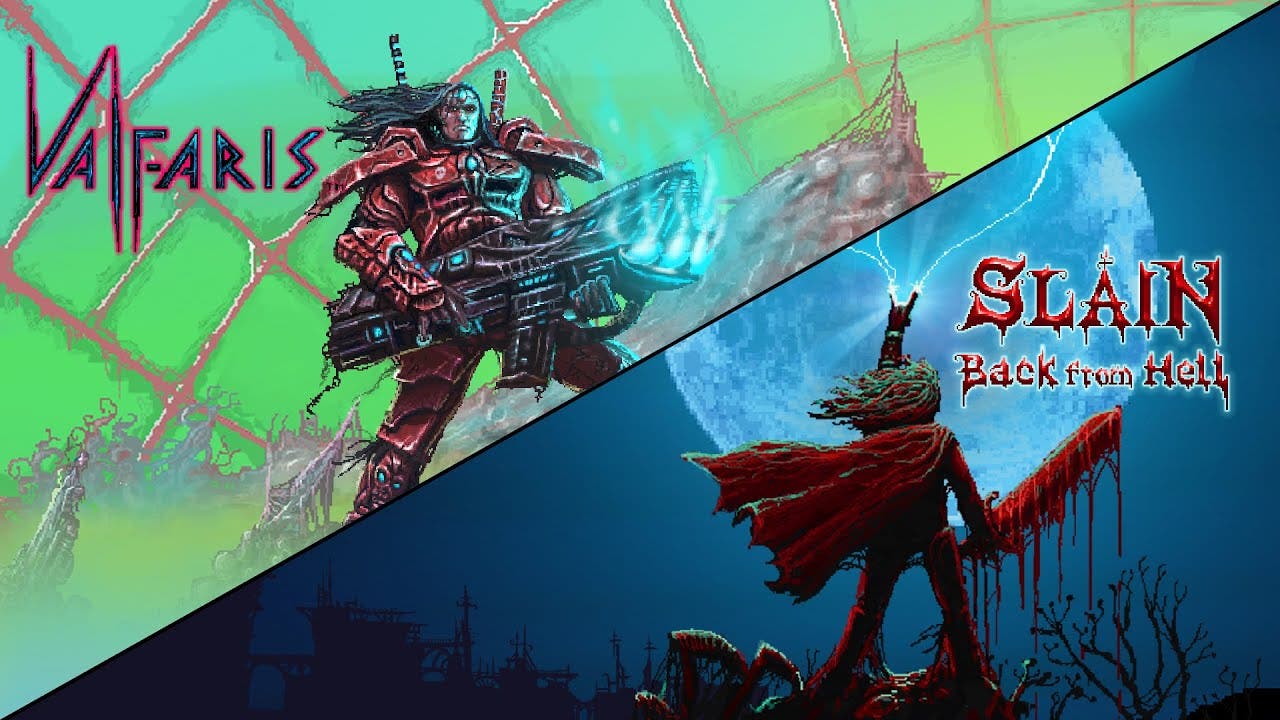 Valfaris & Slain: Back From Hell Double Pack out now for Switch and soon for Xbox One

16 April, 2020 – Indie publisher Big Sugar is delighted to present the Valfaris & Slain: Back From Hell Double Pack, which is available to download now for Nintendo Switch in North America, and arrives tomorrow, 17 April, for Xbox One in all regions. The bundle arrives in the European eShop next Thursday, 23 April. A launch discount will be available for all versions for a limited time.

After a disastrous launch due to various design and technical issues, the original Slain! was withdrawn and taken back into development for several months. Repaired and polished by the newly formed Steel Mantis, the game was rebranded as Slain: Back From Hell and re-released in the summer of 2016.

It has since built a fan-base of players who appreciate its hardcore challenge, gory-but-gorgeous visuals, and relentless guitar riffs. Despite getting off to such an inauspicious start, and still being a game that consistently divides opinion, Slain: Back From Hell has clocked up almost 300K downloads.

Valfaris – the spiritual successor to Slain: Back From Hell – launched at the end of 2019 and, just like its predecessor, has been praised by players for its retro-inspired action, heavy metal aesthetic, and forceful soundtrack.

It’s also been a hit with critics, appearing on several GOTY lists, including ones from Giant Bomb, Hardcore Gamer, and Waypoint. The PC version of Valfaris is currently ranked by Metacritic as the #15 Best PC Game of 2019.