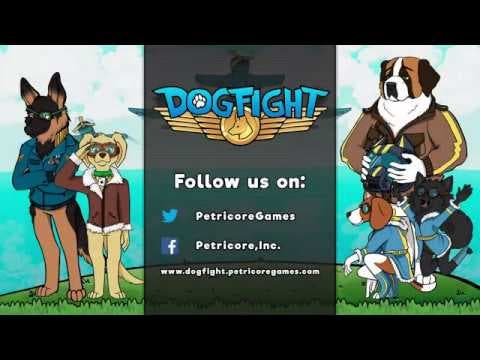 DogFight, an air combat game where dogs are fighter pilots comes to PC and consoles in Spring 2021

Worcester, MA – May 5th, 2020 – Independent game developer Petricore today announced that their upcoming game DogFight will be releasing for PC and console platforms in Spring 2021.

DogFight is a zany air combat game taking you to the skies of a world in conflict between humankind’s best friends and the evil cat empire. Players will become a top dog by honing their skills across each pilot’s unique talents and facing off in frantic local co-op and multiplayer gameplay. Starting today, players can add DogFight to their Steam wishlist to be the first to know when DogFight is available for purchase: https://store.steampowered.com/app/1266900/

Today’s DogFight news also coincides with the fifth anniversary for Petricore as an independent game developer. Ryan Canuel, Co-Founder and CEO of Petricore, shared his thoughts on Petricore’s next big step:

“After attracting over half a million players on mobile platforms with our games Mind The Arrow, Gelato Flicker, and Battery Boy, we are excited to be taking the next big step as a developer by utilizing our talents to create games for the consoles and PC market,” said Ryan Canuel. “We look forward to DogFight being the first of many games we create that friends and families can play together on these platforms.”

Petricore will have more information to share on DogFight as Spring 2021 approaches. To stay up to date with the latest on DogFight be sure to follow Petricore on Twitter (@PetricoreGames), Facebook, and visit PetricoreGames.com.