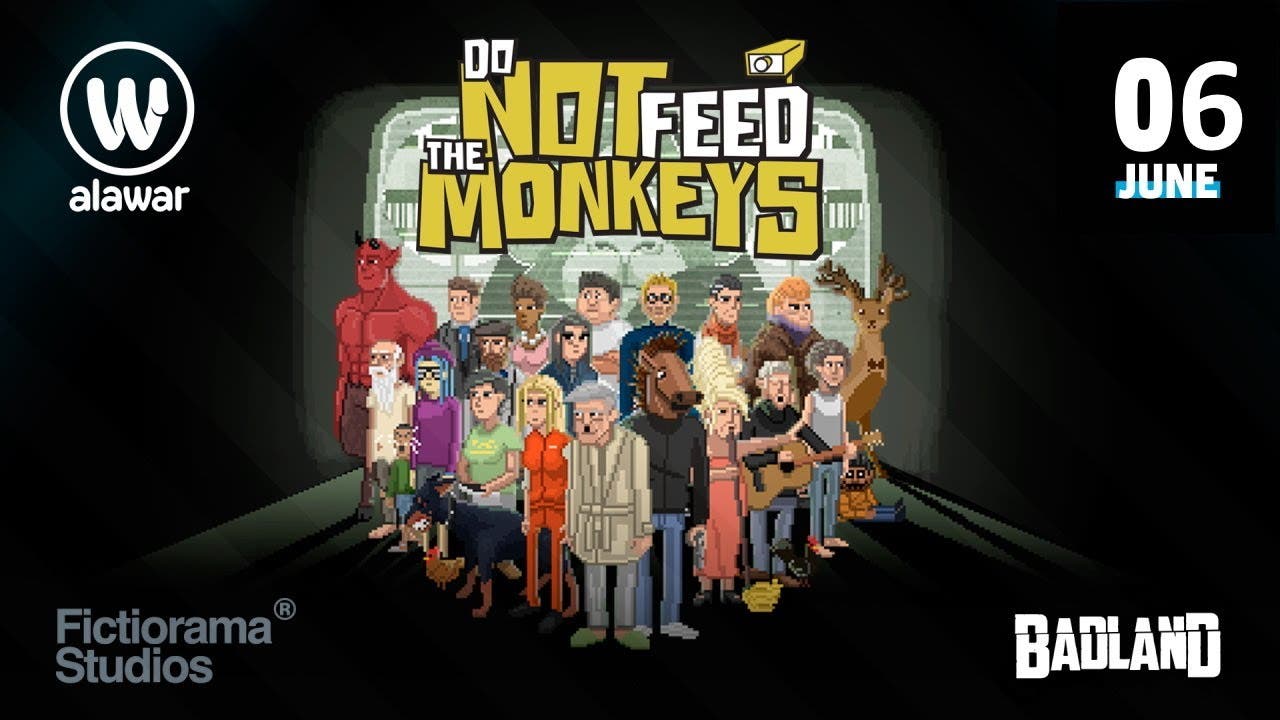 Do Not Feed The Monkeys, the satirical voyeur simulator is now available on Switch

Madrid, Spain; Novosibirsk, Russia (9th June 2020) – Publisher Alawar and indie developer Fictiorama Studios are today announcing nothing – but unauthorized hackers tapping into CCTV footage from the studios have managed to deduce that Do Not Feed The Monkeys, the celebrated digital voyeur simulator where you watch strangers through surveillance cameras, is now available on Nintendo Switch™.

Released on PC to great acclaim in 2018, the satirical Do Not Feed The Monkeys casts players as a member of a shadowy club monitoring a selection of unsuspecting members of the public through insecure cameras lurking in their own homes and elsewhere. Now Nintendo Switch owners will get to witness the best and the very worst of people behind-closed-doors, and face a variety of quandaries as their peeping tomfoolery forces them to put their own moral code under the microscope.

About Do Not Feed The Monkeys
You are invited to join “The Primate Observation Club”, where you will observe the lives of caged monkeys and carefully analyse the information obtained.

GLOSSARY OF TERMS:
THE PRIMATE OBSERVATION CLUB: a shadowy group that observes other people through surveillance cameras and compromised webcams.
YOU: the newest member of the CLUB, tired of your run-down apartment, dull existence and boring job.
MONKEYS: dozens of strangers who have fallen prey to your voyeurism.
PRIVACY: Something that the monkeys think they have.
PC (PERSONAL COMPUTER): Yep, we put a PC in your game that’s on your Nintendo Switch™ so that you can work on a PC while you’re playing the game that’s on your Nintendo Switch™!
FEEDING THE MONKEYS: Interacting or interfering with the subjects in any way. Feeding the monkeys is strictly prohibited.

Oddly enough, club members keep feeding the monkeys as though they just can’t abide by this very simple rule! How about you? Will you help those you’re spying on, extort them, expose them and sabotage their dreams, or will you follow your instructions and sit twiddling your thumbs?

For more on Do Not Feed The Monkeys, please visit https://donotfeedthemonkeys.com/.