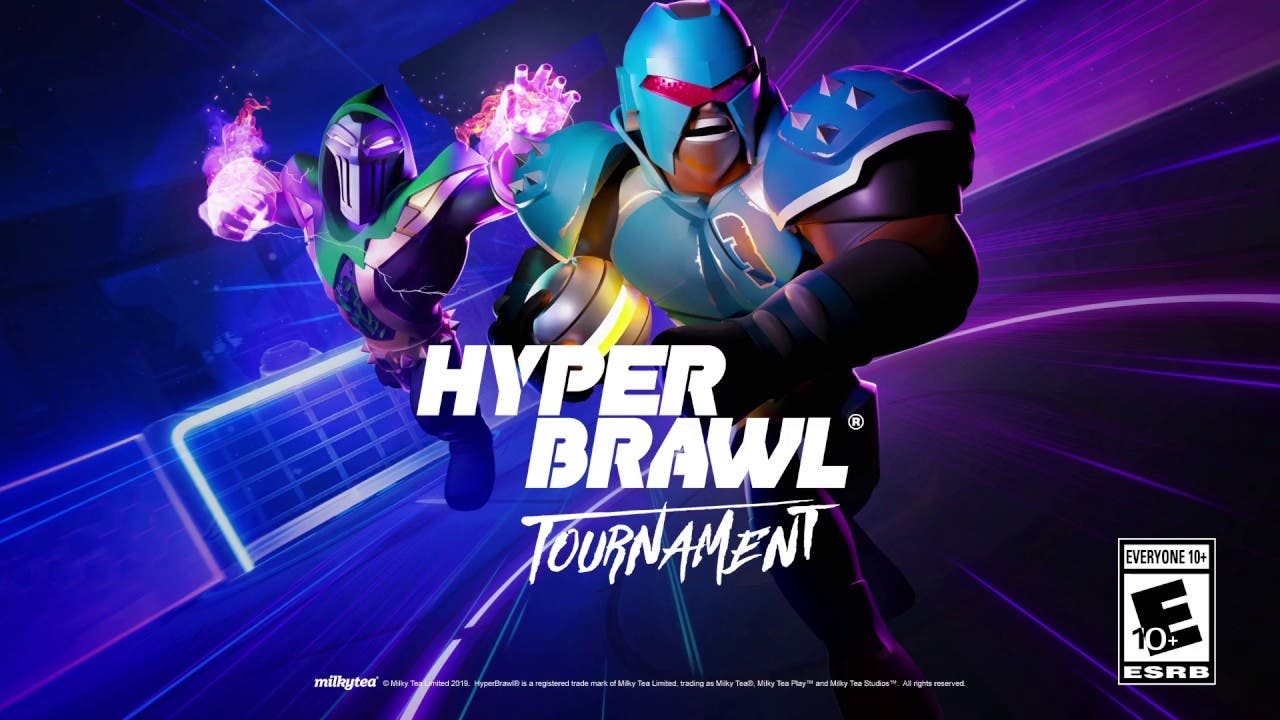 Arcade sports brawler HyperBrawl Tournament is coming to PC, PS4, Xbox One, and Switch this summer

Liverpool, United Kingdom, June 12th 2020 – Independent developer Milky Tea Studios today announced that HyperBrawl Tournament, its high-adrenaline arcade-style sports brawler, is coming to PC, PlayStation 4, Xbox One, and Nintendo Switch this summer. Rebuilt from the ground up to leverage the power of PC and consoles, HyperBrawl Tournament is a beautiful and fast-paced PvP experience, optimised for skill-based online or local ‘party’ play.

Smash, brawl and score your way to victory in relentless, high-adrenaline, 1-4 PvP arena battles. Master the HyperCurve, that allows you to seize control of the ball mid-flight to score legendary goals and channel the HyperForce, with its devastating, game-changing, power.

In a combination of sports and brawling, the heroes can choose different abilities and awesome weapons to bring into the arena as they fight for control of the ball, throwing it into the opposition’s goal to score points. Outside of that, there are no rules so don’t be afraid to fight dirty. You’ll have to do more than fight though, as the key to victory is mastering the HyperCurve, and using the HyperForce at the most critical moments, to turn the tide of the match.

HyperBrawl Tournament features twelve intergalactic heroes, divided into three distinct classes: Swift, Core and Tank. Each hero has their own unique stats, offering a very different experience. Players will compete in twelve arenas spread across all of space and time, each packed with dynamic obstacles, from portals and risers to moving floors that make each match even more unpredictable.

Our heroes have eight mythical weapons to choose from, including the earth-shattering Slam Hammer, the lightning-quick Turbo Thruster, or the deadly, deadly and decisive Grapple Gun. As players learn the intricacies of HyperBrawl Tournament they can experiment with over 4,000 different hero and weapon combos to create their own unique playstyle, along with a custom-designed hero decked out with your choice of unlockable weapon skins, goal blazes and ball trails.

HyperBrawl Tournament has 7 Game Modes including:

“HyperBrawl Tournament was designed from the ground up for console and PC play, so sitting around a TV with friends and immersing yourself in the HyperBrawl feels fantastic,” said Jonathan Holmes, Founder & Studio Director of Milky Tea. “We think HyperBrawl Tournament is a truly unique party game and we can’t wait for players to experience it. It’s easily Milky Tea’s best and most ambitious game to date, with a level of production value and polish that we are incredibly proud of.”

HyperBrawl Tournament is out now on Apple Arcade and launches this summer on Nintendo Switch, PC via Steam, PlayStation 4 and Xbox One.