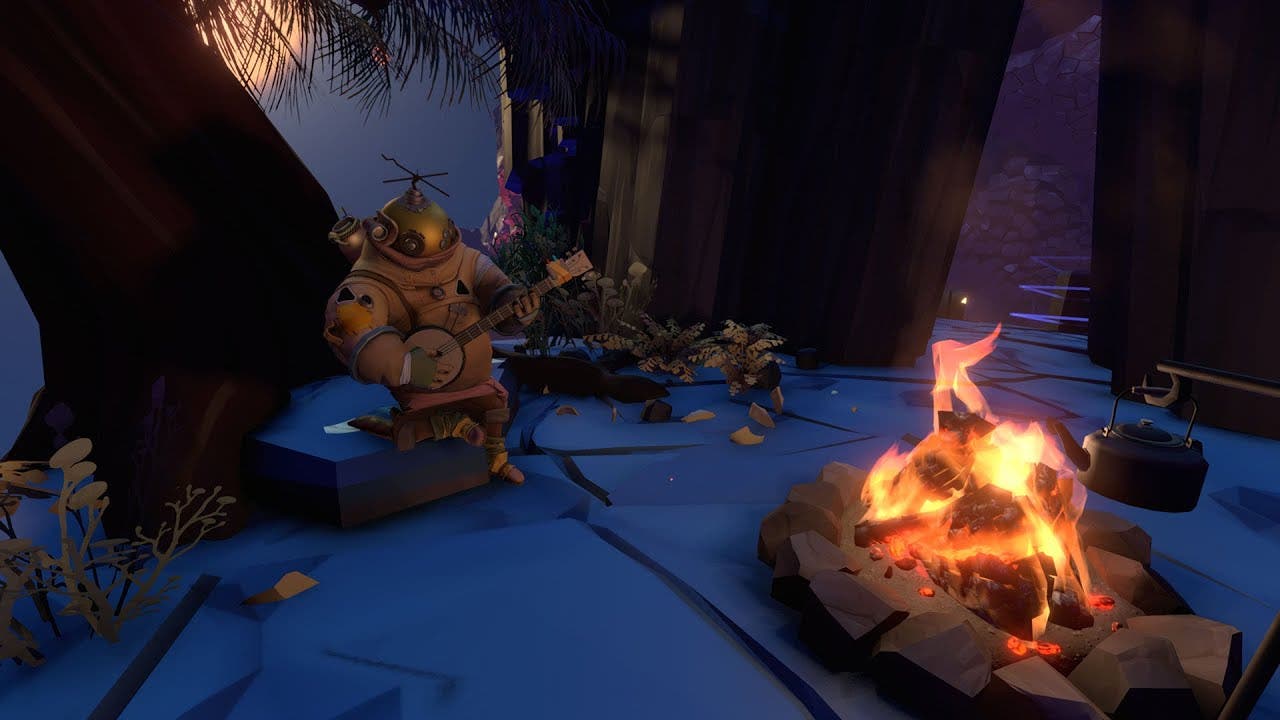 June 18, 2020 — Outer Wilds, the acclaimed first-person space exploration game developed by Mobius Digital and published by Annapurna Interactive, arrives on Steam today for $24.99. The game earned multiple awards including Game of the Year at the 2019 BAFTA Games Awards, and was also named Game of the Year 2019 by Eurogamer, Giant Bomb, Polygon, and The Guardian.

Outer Wilds lets players explore as the newest recruit of Outer Wilds Ventures, a fledgling space program searching for answers in a strange, constantly evolving solar system. From planets and moons to alien structures and spacecraft, players discover the mysteries of this hand-crafted, fully dynamic solar system. The planets of Outer Wilds are packed with hidden locations that change with the passage of time, creating a race against the clock and ever-changing elements.

In celebration of the Steam launch, Mobius Digital and Annapurna Interactive are pleased to partner with Limited Run Games and iam8bit to announce exclusive physical media extensions of the Outer Wilds experience. Limited Run Games will take point on releasing physical copies of the game on PlayStation 4, a must-own for new players and Outer Wilds aficionados alike. iam8bit is proud to present a two-disc vinyl soundtrack of Andrew Prahlow’s exquisitely moving score for the game, with exclusive album art by concept artist Ian Jacobson which reflects the serene spirit of self-discovery amongst the cosmos that has made Outer Wilds such an unforgettable experience.

Both the physical game and vinyl are now available for pre-order, with Limited Run and iam8bit both offering a bundle of both game and vinyl: